NVIDIA can be a very predictable company at times. It’s almost unheard of for them to release only a single product based on a high-end GPU, so when they released the excellent GeForce GTX 580 last month we knew it was only a matter of time until additional GTX 500 series cards would join their product lineup.

Now less than a month after the launch of the GTX 580 that time has come. Today NVIDIA is launching the GeForce GTX 570, the second card to utilize their new GF110 GPU. As the spiritual successor to the GTX 470 and very much the literal successor to the GTX 480, the GTX 570 brings the GTX 580’s improvements to a lower priced, lower performing card. Furthermore at $350 it serves to fill in the sizable gap between NVIDIA’s existing GTX 580 and GTX 470 cards.

So how does NVIDIA’s latest and second greatest stack up, and is it a worthy sibling to the GTX 580? Let’s find out.

The GTX 570 is likely the closest thing we’ll see to a GF110 version of GTX 480 – or any other GF100 card for that matter. With the higher yields afforded by the GF110 design and TSMC’s process improvements, we’ve already seen NVIDIA go for a fully operational GF110 design in the GTX 580, so the GTX 570 works from there. The end result is a melding of the GTX 480’s shader count with the GTX 470’s ROP count and memory bus, and with a clockspeed a bit over GTX 480 and well over GTX 470, performance is much closer to the GTX 480 than the GTX 470. 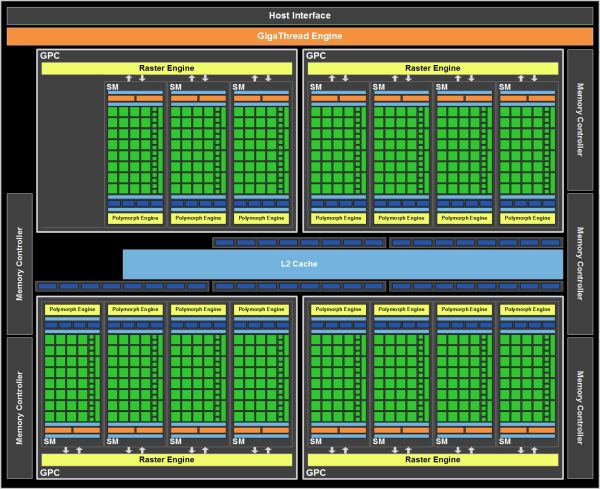 Since it’s based on GF110, GTX 570 also shares the same architectural enhancements we first saw in the GTX 580. This means GTX 570 can retire twice as many FP16 texels per clock as GTX 480, and it also features NVIDIA’s improved Z-culling system. For the GTX 570 this helps to further close the potential performance gap between the GTX 570 and GTX 480 that results from the lower ROP count and narrower memory bus. Do note however that compared to the GTX 470 the overall improvements are asymmetric: we’re looking at around a 30% theoretical improvement in shading/compute/texture performance, but only a 13.5% improvement in memory bandwidth, so unlike the GTX 580 and its balanced approach, the difference on the GTX 570 is going to be greater on shader-bound games and applications, and lesser when we’re memory bandwidth limited.

Today’s launch should be a hard launch. Going in to the GTX 580 launch we had our doubts that NVIDIA could have so many GF110 products ready on such short notice, but they were able to prove us wrong there and we’re willing to take them at face value on this. Based on their own estimates and the lower price of the GTX 570 we’d expect some cards to sell out, but availability shouldn’t be an issue.

Finally, with the launch of the GTX 570, NVIDIA’s lineup will be shifting. GF110 is a very effective replacement for GF100 and NVIDIA will be looking to phase out GF100 cards as quickly as they reasonably can. The GTX 470 will still be around for quite some time (all indications are that NVIDIA still has a lot of GF100 chips left) but GTX 480’s days are numbered.