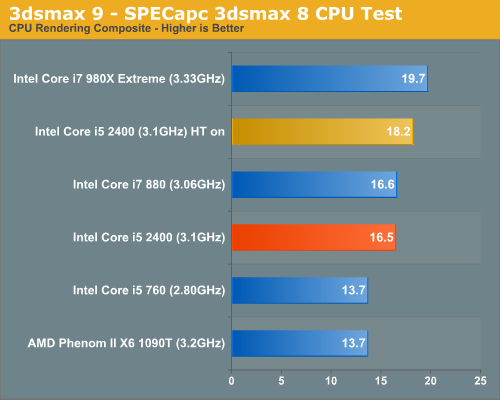 This is another one of those situations where the Core i5 2400 without Hyper Threading is able to perform on par with the Core i7 880 with Hyper Threading. Compared to the i5 760 it’s 20.5% faster.

With Hyper Threading enabled, the Core i5 2400 is actually dangerously close to the 6-core 980X. Whatever Intel has done to Sandy Bridge's FP is big. 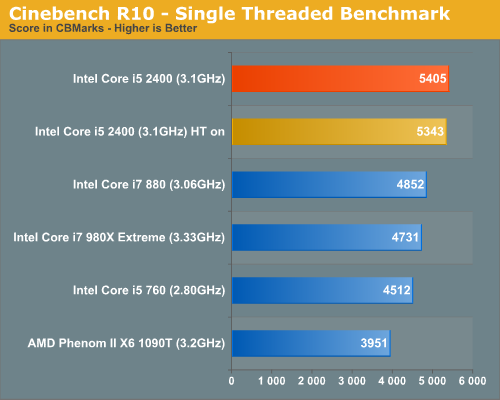 Cinebench was particularly surprising because it gives us a good opportunity to look at single threaded FP performance. Compared to a similarly clocked Lynnfield, Sandy Bridge can deliver 11% better performance. Compared to a similarly positioned Lynnfield, Sandy Bridge is about 20% faster. Note that this is without turbo enabled. The retail 3.1GHz chip should turbo up to 3.4GHz in this test, giving it a 9.6% frequency boost.

In the multithreaded test Sandy Bridge’s per-core performance is even better than Lynnfield with HT enabled. 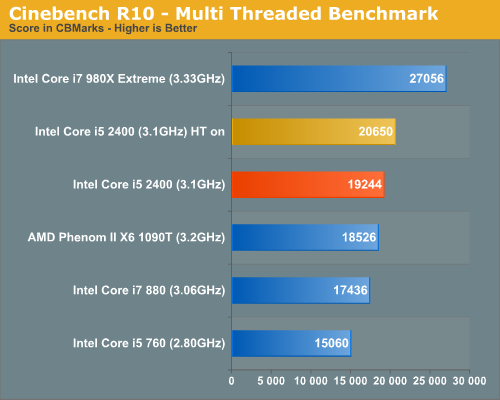 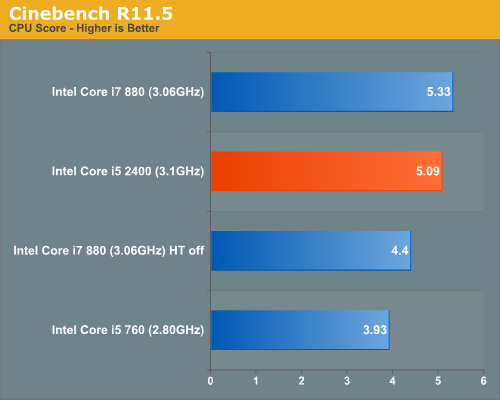 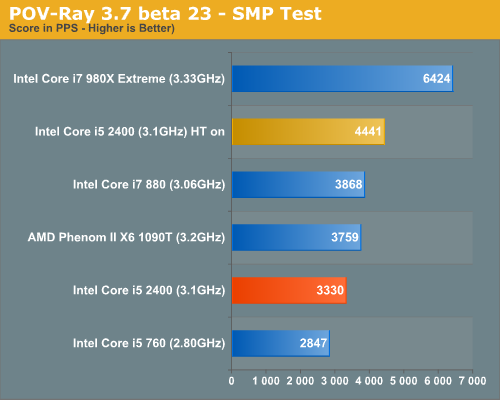 The similarly positioned/priced Core i5 760 is beat by 17%. There’s no replacement for more cores/threads however as the i7 880 and X6 parts both pull ahead. Turn on HT to level the playfield (at least within Intel) and Sandy Bridge is 15% faster than Lynnfield.