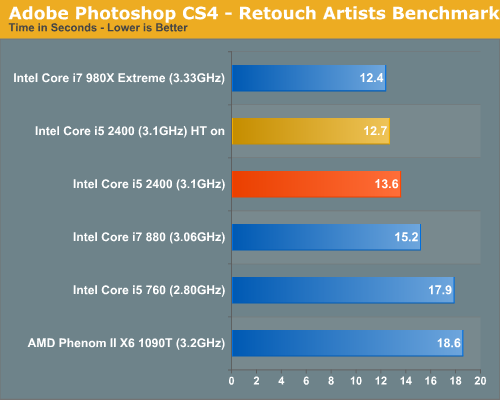 Right off the bat Sandy Bridge is killer. In our Photoshop test it’s faster than its closest quad-core price competitor, faster than its identically clocked Lynnfield, faster than AMD’s fastest and loses out only to Intel’s $999 Core i7 980X. That being said, it only takes about 9% longer to complete our benchmark than the 980X. 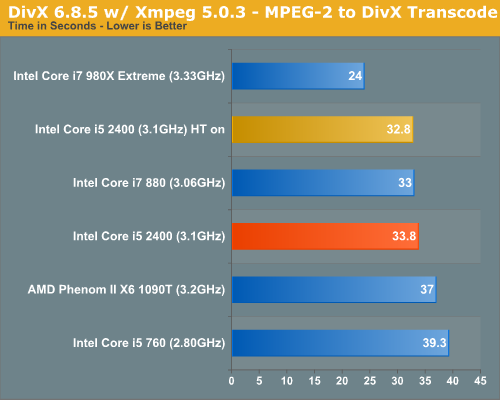 While not the most stressful encoding test, it’s still a valid measure of performance and once again, Sandy Bridge is faster than all. In this case we’re faster than the Core i5 760 (~16%) and just behind the Core i7 880. Clock for clock there's not a huge improvement in performance here (HT doesn't seem to do much), it's just a better value than the 760 assuming prices remain the same.

Graysky's x264 HD test uses the publicly available x264 encoder to transcode a 4Mbps 720p MPEG-2 source. The focus here is on quality rather than speed, thus the benchmark uses a 2-pass encode and reports the average frame rate in each pass. 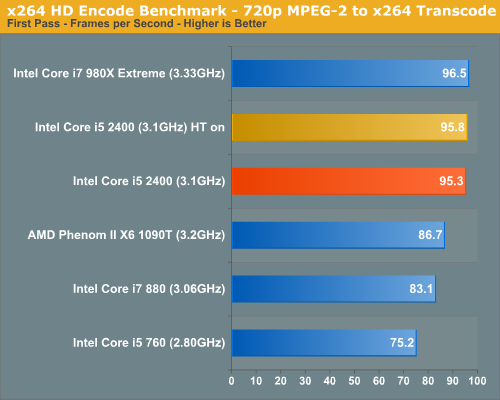 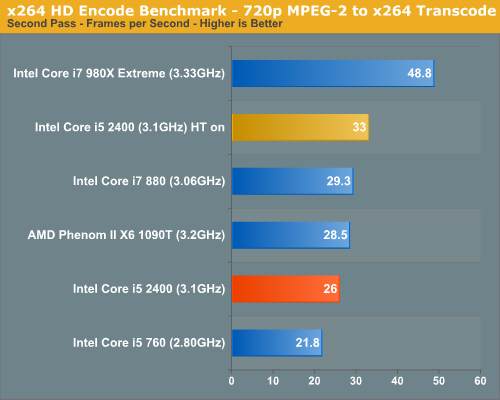 The actual encoding pass favors more threads, so we see a big improvement over the 760 (19%) but it falls short of the Core i7 880. Turn HT on and we get a 12.6% improvement over an identically clocked/configured Lynnfield.

Note that CPU based video encoding performance may not matter if Intel implemented a good video transcode engine in Sandy Bridge. 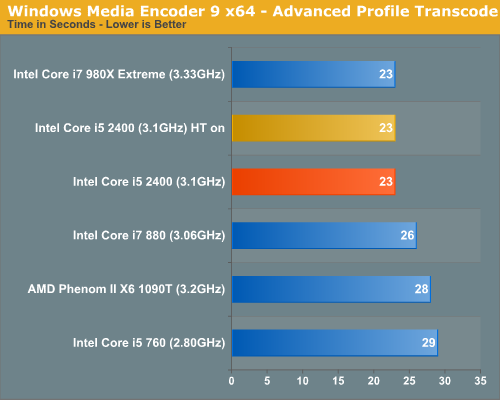 Performance in WME rarely scales anymore. Our benchmark doesn’t scale well beyond 4 cores and the only hope for performance are increases in clock speed or IPC. Sandy Bridge delivers the latter.

A 20% increase in performance vs. the similarly clocked 880 in a test that doesn’t scale with anything but IPC tells you a lot. Compared to the Core i5 760, Sandy Bridge is 26% faster.