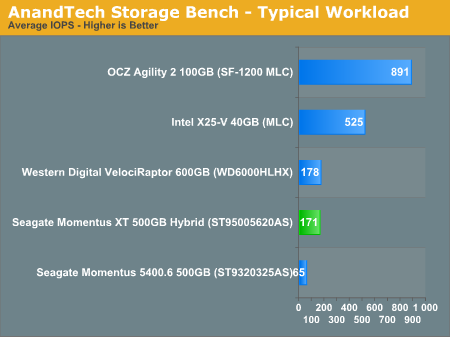 Under typical multitasking workloads that aren't write intensive, the Momentus XT performs much like the new VelociRaptor. This isn't a typical notebook drive at all. We're still far away from even the cheapest SSDs though. 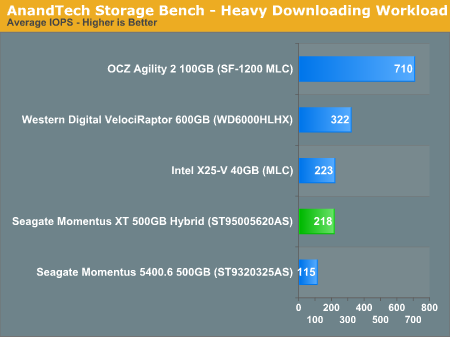 Crank up the sequential writes and you lose the benefit of the 4GB of SLC NAND on board the Momentus XT. It still delivers competitive performance with the X25-V thanks to the latter's limited write speeds, and it is faster than a conventional 2.5" drive as read operations still come off the NAND, but you don't get VelociRaptor performance out of it. 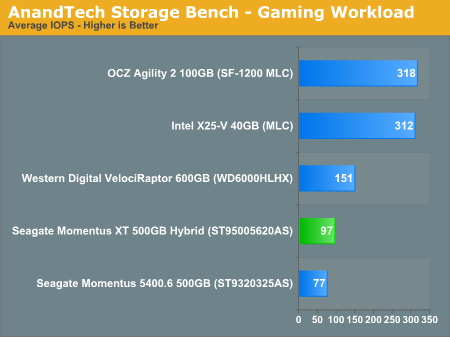 As a benchmark that's bound by sequential read performance it's not surprising to see the Momentus XT not pull ahead here. Remember that we're limited by how quickly data can be streamed out of a single NAND device so you don't see a huge improvement in performance.