Last year ASUS released the Xonar HDAV; it’s a sound card. The Xonar HDAV’s claim to fame was its ability to bitstream Dolby TrueHD and DTS-HD MA over HDMI. Don’t have any idea what that means? I wrote a primer here last year, but I’ll give you the quick rundown.

Blu-ray discs are huge, you can store up to 50GB on a dual-layer disc. That’s not enough to store lossless video, but it’s enough to store lossless audio. In other words, you can have a bit-for-bit reproduction of the audio track that was mastered at a movie studio in your own home. For most consumers it’s cool as hell just for bragging rights, but for some super high end home theater enthusiasts it’s a perceived necessity.

These audio tracks are stored using one of two lossless compression algorithms: Dolby TrueHD or DTS-HD Master Audio. The content owners however were very nervous about putting these audio tracks on BDs, specifically allowing PC users access to them. After all, if you had unencrypted access to one of these tracks you could potentially...uh...idunno, turn them into MP3s? Stop going to the movies? I have no idea. Regardless, the studios were nervous and the result was a ridiculous requirement for security. 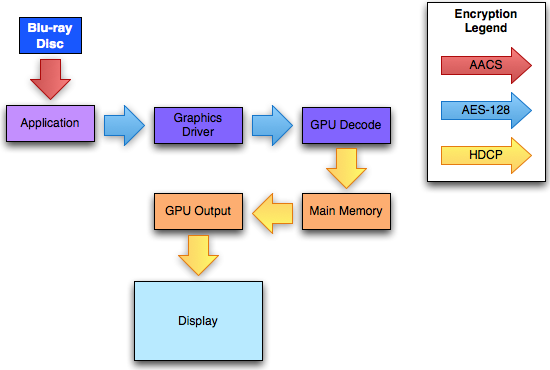 In order to play one of these tracks you have to properly implement what’s called a Protected Audio Path (PAP). I go into much greater detail about the encryption/decryption requirements for a PAP but you need OS, software, driver and hardware support for it. Windows Vista gave us OS support, ArcSoft and Cyberlink gave us software support and the GPU vendors gave us driver support - all we were lacking was the hardware.

The GPU vendors didn’t include support in their designs for a number of reasons, so no integrated or discrete graphics currently support sending these compressed audio streams over HDMI. Next year that will change, but for now it is what it is.

The only hope was for sound card makers to tackle the problem, but the sound card market isn’t what it was back in the 1990s. ASUS was the first to take it seriously, because, well, ASUS takes everything it does seriously.

The Xonar HDAV launched and as you’ll see, I haven’t reviewed it. When it first hit, driver support wasn’t there. Despite the hardware support, you couldn’t send TrueHD or DTS-HD MA over HDMI because the driver didn’t allow it. This part took months to fix, it took some more months to work out a number of other bugs and in that period I just gave up on it. I went back to it not too long ago and while it worked, I’d lost my interest.

Before I ever heard of the ASUS card I heard that Creative Labs and Auzentech were working on one. I even wrote about it. I actually expected it to be out first, but for whatever reason it got pushed back. The card finally launched this year and today it finally received support from Cyberlink to bitstream these codecs without any loss in quality. The PowerDVD 9 patch notes tell you right here:

You do need PowerDVD 9 for this to work, no it doesn’t come bundled with the card, yes the latest patch is needed for it to work.

Auzentech sent me a card and I went to testing it. Perhaps it would be my one last hurrah with high end HTPCs before I accept fate and build a modest XBMC box for my needs.