We debated on which direction to go with the gaming test results. Since we will be taking another look at gaming with both the NVIDIA and AMD solutions later, we decided on a 1920x1080 resolution with 2xAA enabled and 8xAF where applicable. Our in-game settings are set to high quality. The minimum frame rates are listed in the text field next to the operating system description. 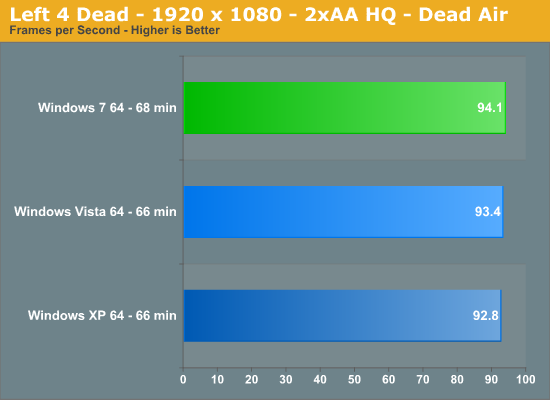 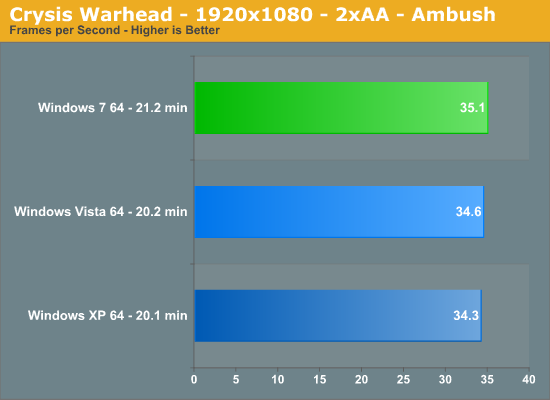 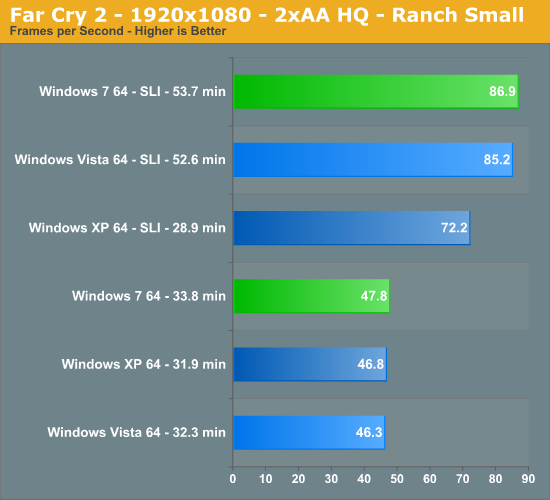 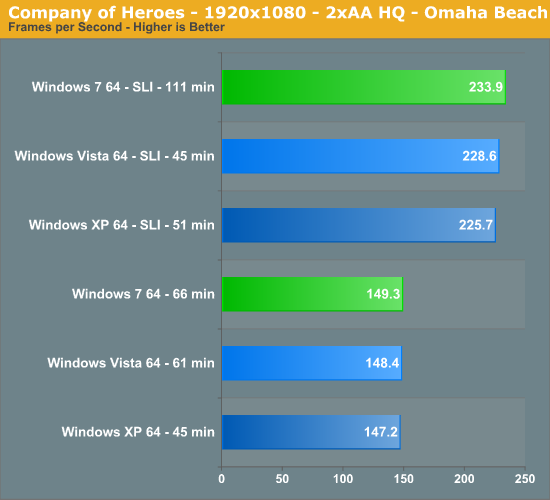 NVIDIA promised performance gains with Windows 7 over Vista and they delivered. While the gains are not significant in our limited choice of titles, NVIDIA provided internal testing reports with other games indicating the greatest performance differences will come with SLI setups in most major titles. We certainly noticed this in Company of Heroes with improved average frame rates but more importantly in minimum frame rates. We are still verifying their claims, but at this point it appears Windows 7 will be a very solid gaming platform.