Futuremark's PCMark Vantage x64 is probably the single most diverse set of benchmarks a user can run on a system to mimic real world usage scenarios. In offline testing, Windows 7 generally held a 3% advantage over Vista, including the HDD test suite. However, Vantage does not run on Windows XP so we are providing results with a few applications that stress the storage, memory, and CPU subsystems. 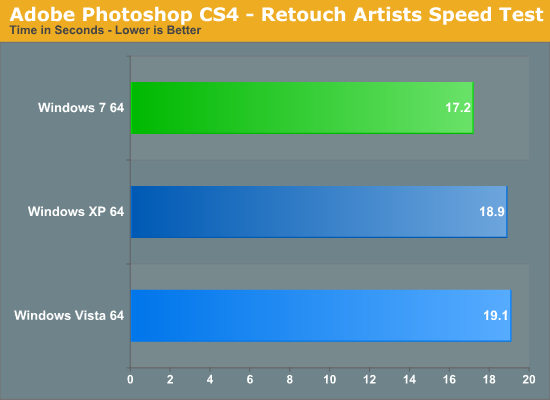 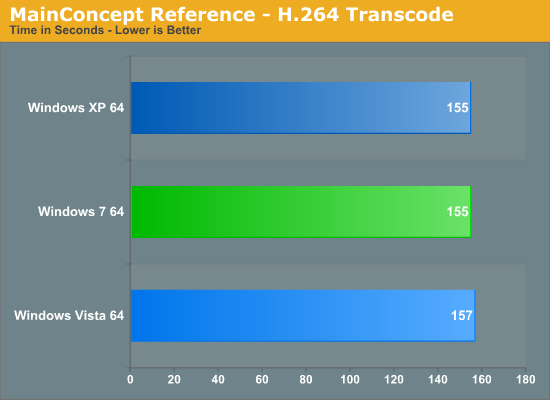 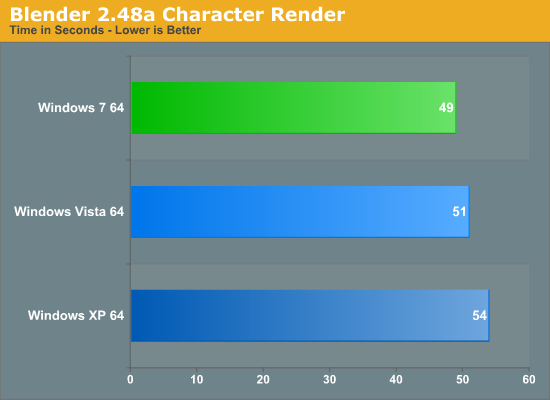 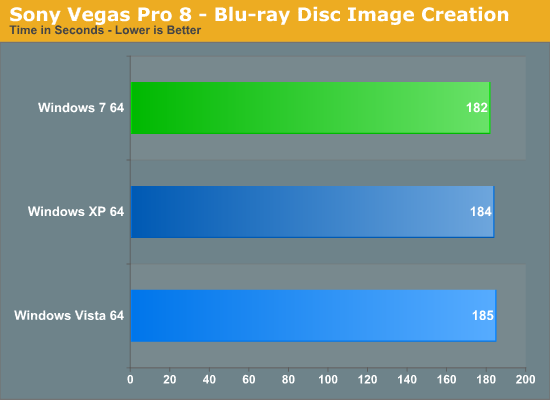 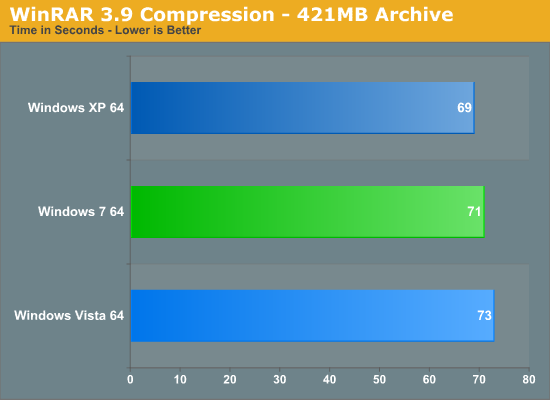 In WinRAR 3.9, XP Pro x64 shows an advantage over the latest operating systems from Microsoft. However, that's the sole win in our tested applications and Windows 7, even without the benefit of optimized drivers, is performing better than Vista in this CPU/Storage heavy benchmark. Sony Vegas Pro 8 and Blender 2.48a favor Windows 7 with Vista once again coming in last. In the MainConcept Reference test where we transcode a 1.2GB H.264 file, Windows 7 and XP x64 are tied with Vista trailing as usual. The results are close in Photoshop CS4 with Windows 7 once again showing strength in a benchmark that relies on the memory, processor, and storage subsystems. Overall, Windows 7 clearly outperforms Vista in these tests although you would need a benchmark to see the differences. However, throughout testing, Windows 7 just "felt" snappier than Vista.