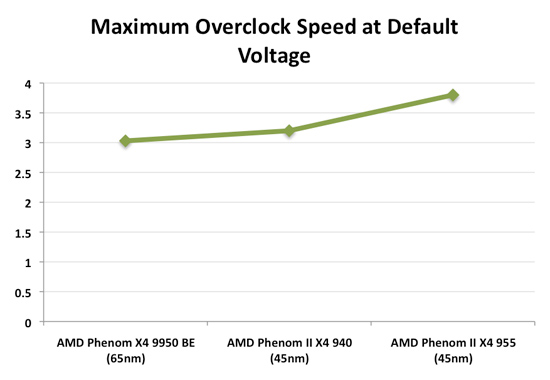 Ah yes, AMD is improving its 45nm manufacturing process and today we have the latest incarnation of AMD’s 45nm silicon.

The first versions of AMD’s 45nm Phenom II couldn’t really go much higher than the final 65nm Phenom without increasing voltage. By comparison, Intel’s Core i7 920 could go from 2.66GHz all the way up to 3.80GHz without so much as a single extra millivolt in our tests.

This new Phenom II however can also hit 3.80GHz without increasing the core voltage. At least that’s what one of our samples did in our testing. Whether it’s 3.8GHz or 3.6GHz, the fact of the matter is that AMD’s 45nm process is improving and that’s what’s behind todays introduction of the Phenom II X4 955. Architecturally the Phenom II hasn't changed; if you're curious about what makes these things tick, please look at our original article on the CPU. 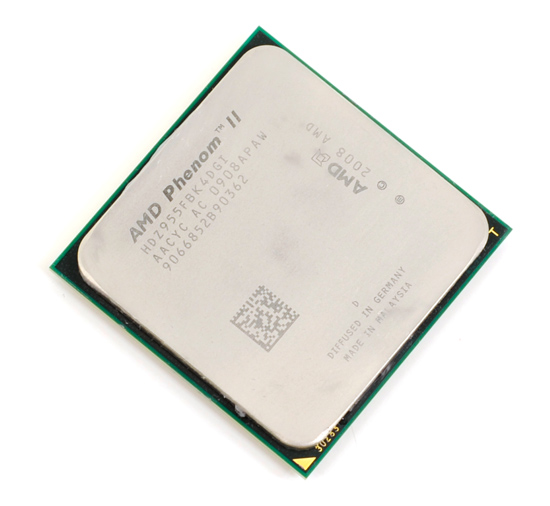 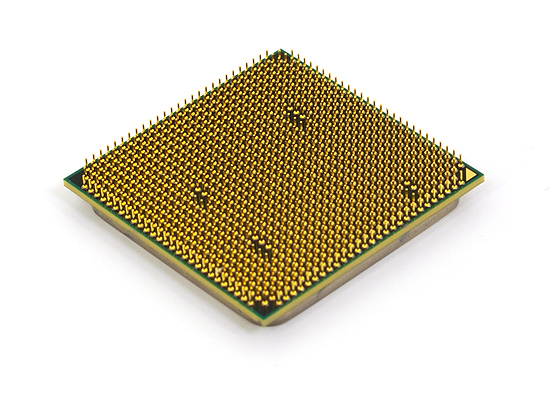 Clocked at 3.2GHz with a 2.0GHz un-core (or North Bridge) frequency, the 955 isn’t that much different from the 940 in terms of clock speed. The two face off in the table below: 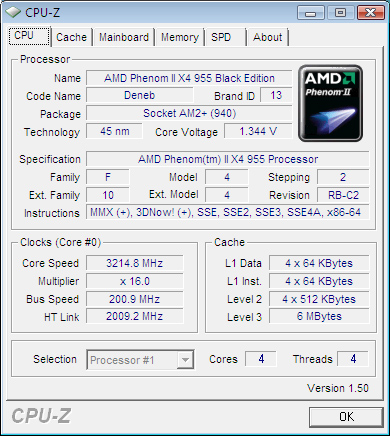 And you know how I love spoiling surprises so here you have it. Unless you’re running applications that are very well optimized for Intel’s architectures, the Phenom II X4 955 is faster than the Core 2 Quad Q9550. Compared to the Core i7-920, it loses hands down although the chip does come close in some games.

Sorry, I’m not much of a tease :) Now for the rest of the article.