The 4870 also nips at the heels of the GeForce GTX 280, but it cannot catch up to the performance offered by two GeForce 8800 GTs in SLI thanks to excellent SLI scaling here. As we've already seen, the Radeon HD 4850 is not only faster than the GeForce 9800 GTX but also the new 55nm GeForce 9800 GTX+. 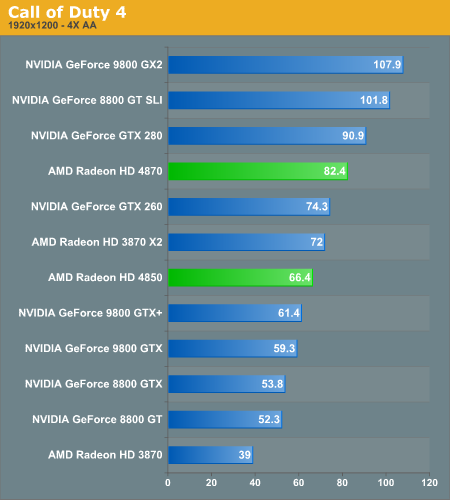 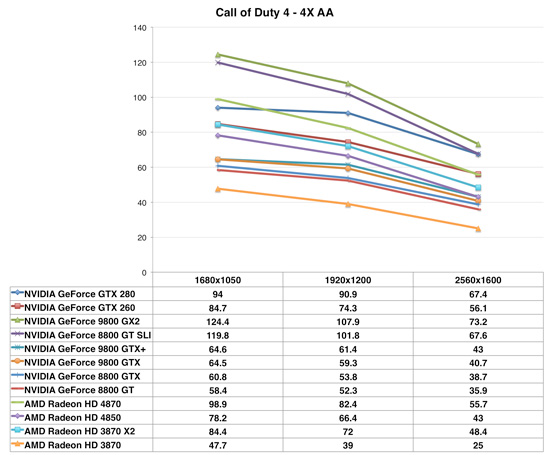