Quake Wars starts off showing us a trend we'll see quite often with the 256MB 8800 GT, it performs virtually identically to its 512MB brother until after 1600 x 1200 then there's a sharp drop off: 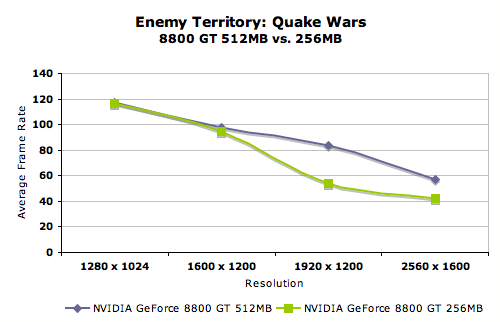 The performance hit isn't as pronounced when you turn on AA, instead you get a 10 - 20% hit across the board: 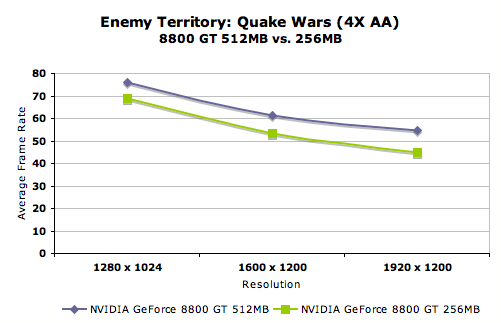 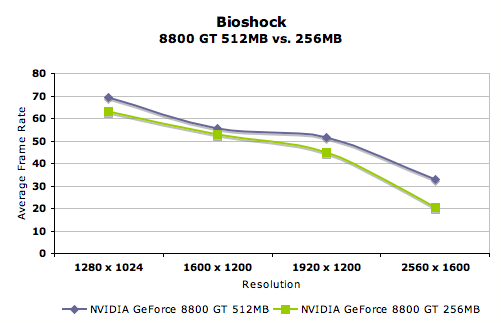 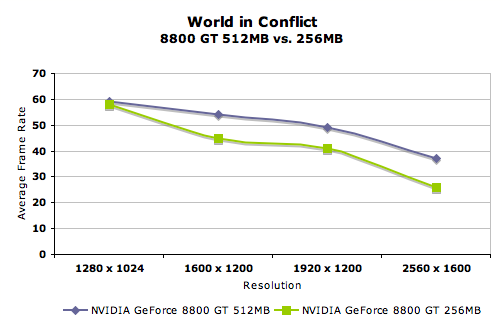 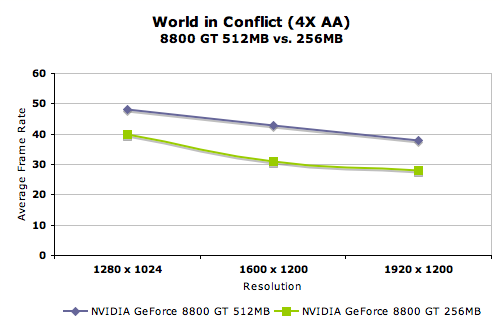 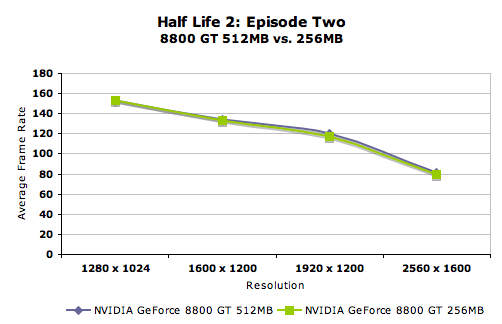 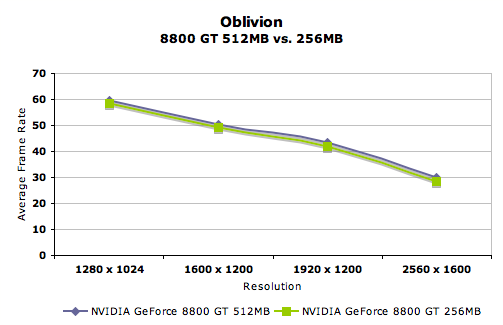 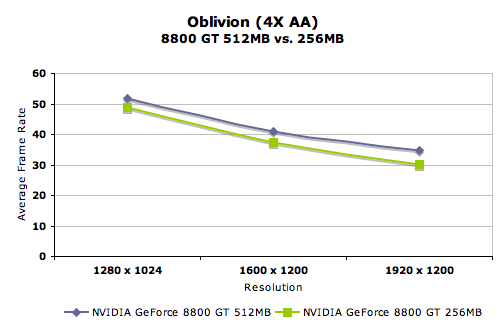 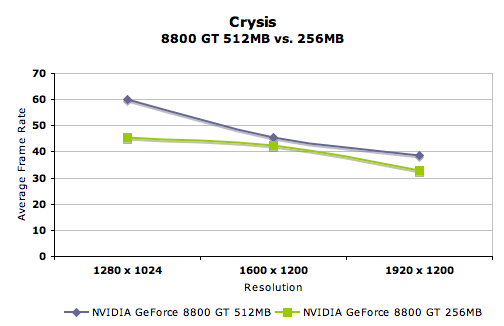 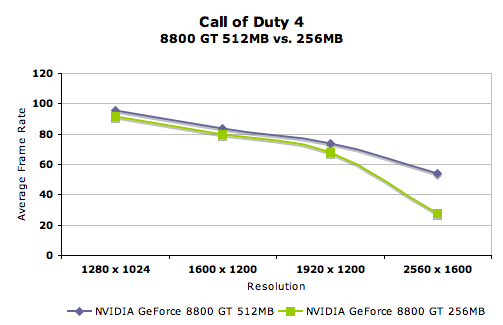 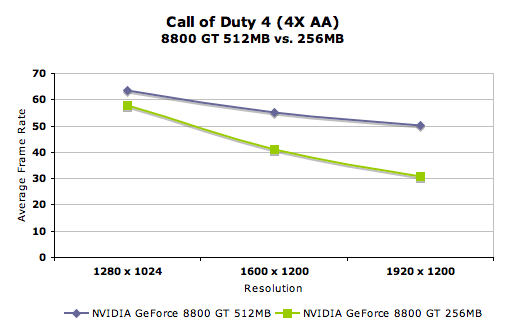 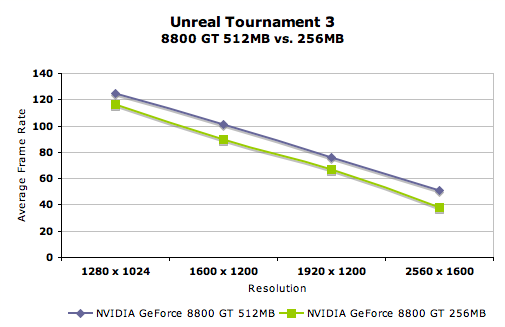 What we have here is an 8800 Ultra that's $50 more for not much more gain, and a 256MB 8800 GT that's at least $70 cheaper for a lot less performance. If you plan on keeping this card for any length of time, it looks like 512MB is the way to go. Frame buffer demands of modern games are only going to increase, and it looks like what we're seeing here today is an indication that the transition to 512MB as a minimum for high end gaming performance is officially underway. The 768MB memory sizes of the 8800 GTX are still not totally required, but 512MB looks like the sweet spot.