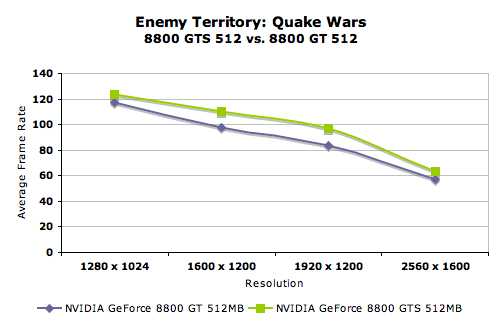 Turning on AA however erases the advantage as limited memory bandwidth becomes the great equalizer: 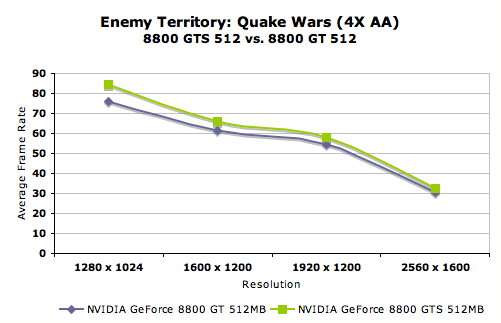 World in Conflict shows a similar but less severe pattern: 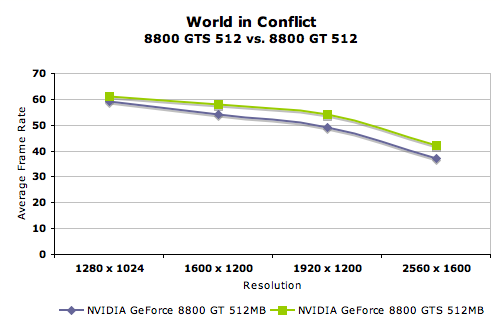 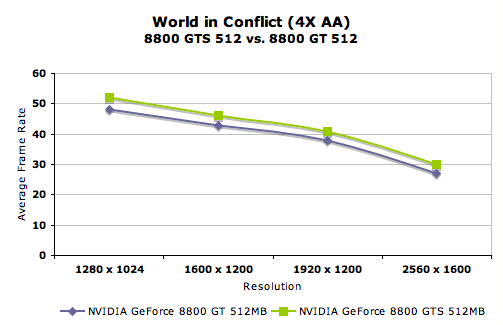 The rest of the titles show similar performance patterns, at higher resolutions the GTS 512 holds a 10 - 15% performance advantage over the 8800 GT. Turn on AA and the advantage drops to 7 - 11%. 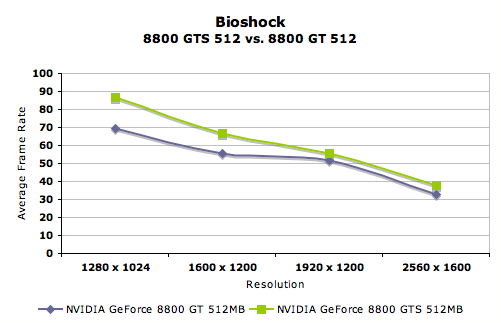 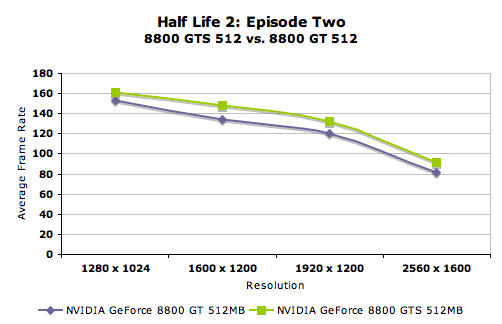 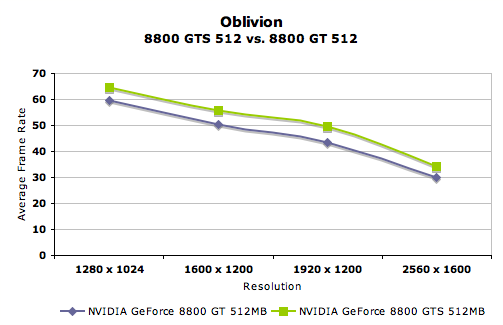 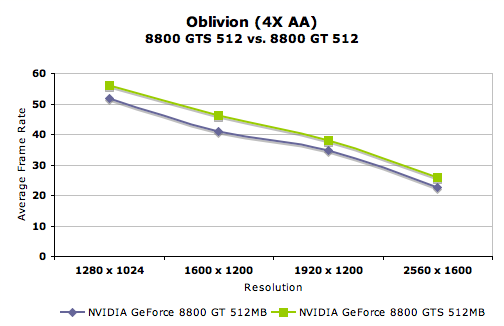 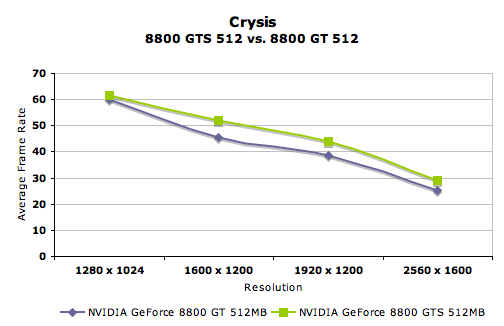 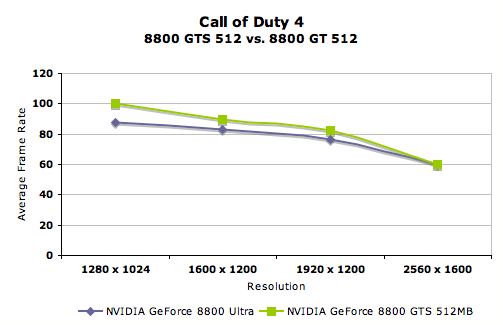 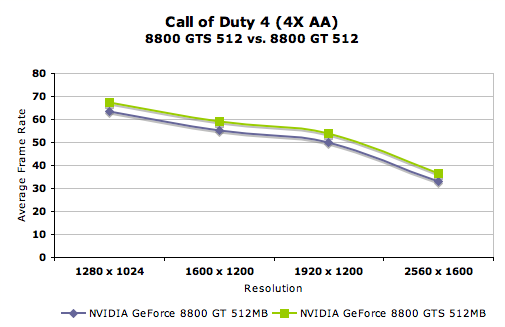 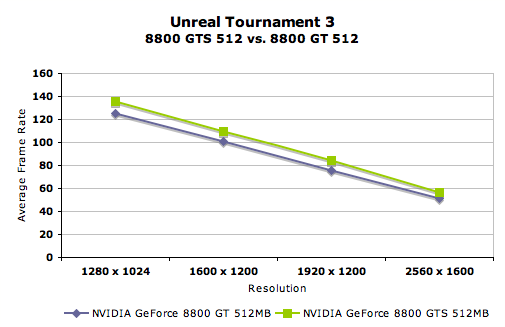