Updated: We're working with Intel on the source of the thermal problems we mentioned in this review, it looks like the culprit was our ASUS P5E3 Deluxe motherboard. ASUS has since released an updated BIOS intended to address the power consumption issues we faced, you can read more about it here while we continue with our testing.

The closer I got to receiving a Phenom from AMD, the more Intel started dropping hints that it would be sending me something new. One day a box arrived, inside it was this chip: 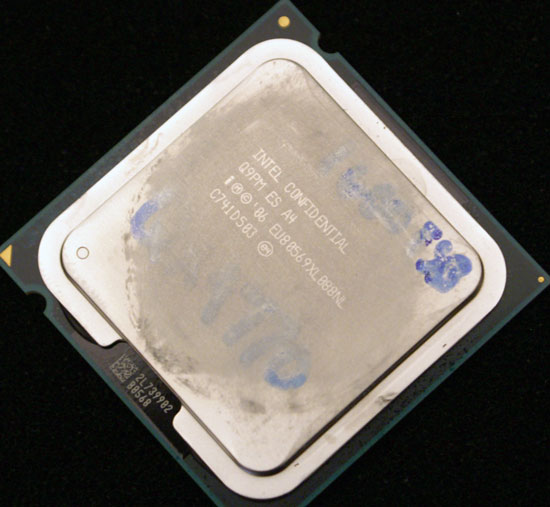 What you're looking at is an Intel CPU that won't be out until Q1 next year, it's the Core 2 Extreme QX9770. We received it within a matter of weeks of us publishing our last Core 2 Extreme review. 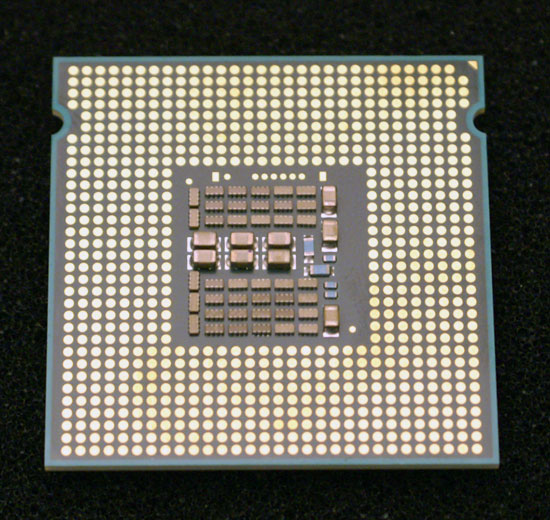 You have to understand Intel's motivation for this launch, because the old Intel would never have sent these chips out. The old Intel would've worried about cannibalizing current Core 2 Extreme sales by talking about a new processor this soon after a launch. The new Intel though, that's a different story.

Today is supposed to be AMD's Phenom launch, which it is, but it's just not a very strong one. AMD is still struggling with low clock speeds, and the release simply wasn't the bang you'd expect from the first real successor to the almighty K8. Rather than give AMD even a moment to regain composure, Intel attempted to disrupt the Phenom launch by sampling the QX9770.

Literally within days of AMD telling me when the Phenom NDA would lift, Intel told me the NDA date of the QX9770 previews - and what a coincidence that was.

To AMD's benefit, the QX9770 doesn't compete even remotely in the same price range as any of its Phenom processors we talked about today. To avoid hurting QX9650 sales, the QX9770 will actually carry a price tag greater than $1000 when it arrives in Q1 2008.

Like its cheaper sibling, the QX9770 is based on Intel's new 45nm Penryn core. The quad-core chip is virtually identical to the QX9650 we reviewed last month with two major exceptions: it runs at 3.2GHz and it uses a 1600MHz FSB. 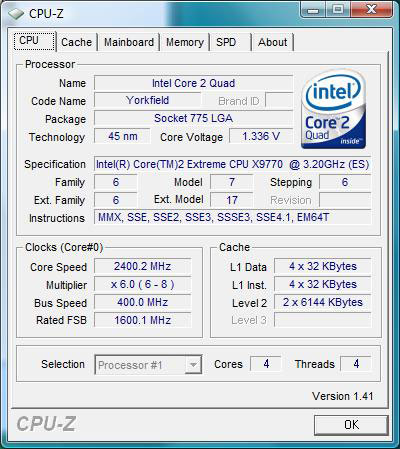 The 3.2GHz speed bump is nothing earth shattering, it's a 6.7% increase in clock speed over the QX9650, but the 1600MHz FSB on the other hand is a big deal. The FSB frequency increase itself isn't even the important part, what's key here is that Intel doesn't have any chipsets out officially with 1600MHz FSB support, yet it's sampling QX9770s to reviewers.

The old Intel would've waited for the X48 chipset, which will bring official 1600MHz FSB support. The old Intel wouldn't have even recognized the QX9770 as existing on its roadmap. The new Intel not only pre-announced the chip, but it also encouraged reviewers to overclock X38 chipsets to support the 1600MHz FSB required by the QX9770. 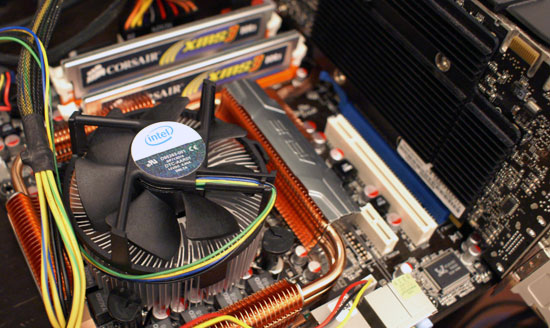 If I'm working at AMD today I'm not worried about the specs of the QX9770, I'm worried that Intel sent these things out for review.

We've already looked at what Penryn can offer in our QX9650 review and our Wolfdale Preview. If you want to understand the architecture behind Intel's new 45nm chips be sure to read some of our earlier articles.