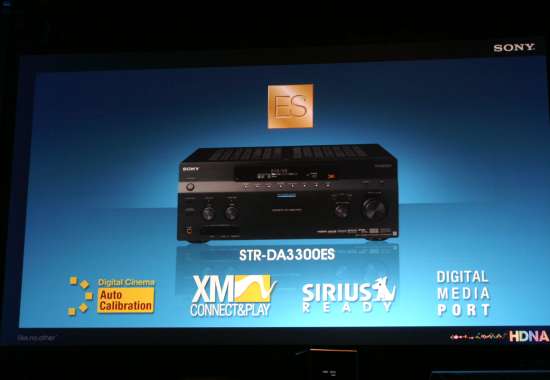 The STR-DA3300ES is an 8 channel receiver with support for XM/Sirius, x.v.Color, a built in Faroudja scalar (everything gets upscaled to 1080p), iPod support, MP3/AAC/WMA streaming over wireless and Sony's BRAVIA Theater Sync which allows other Sony products to automatically connect/configure themselves with each other. The 3300ES includes 12V triggers and IR blasters as well as a RS232 port for automation. 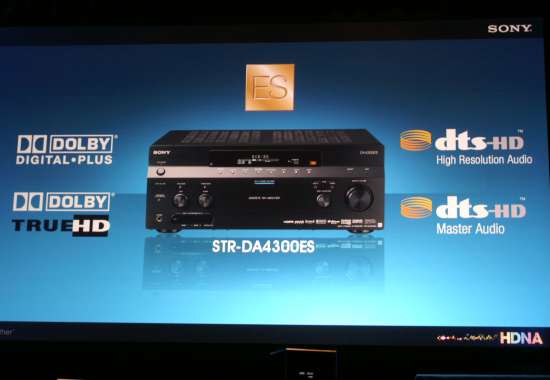 Moving on up you've got the STR-DA4300ES, which adds support for all of the new audio standards: Dolby True HD and DTS-HD, while building on all of the features of the 3300ES. 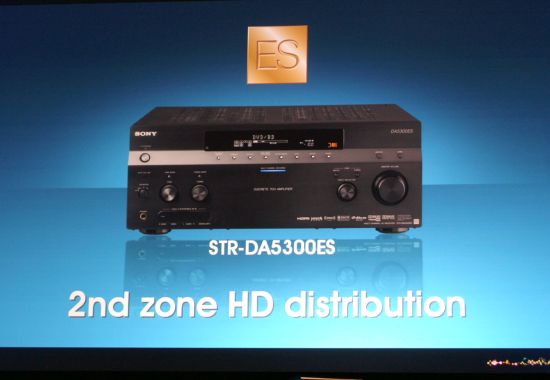 The STR-5300ES is the next step up, delivering 120W per channel, two zone HD distribution and six assignable HDMI inputs.