by Gary Key and Jarred Walton on December 7, 2006 12:00 AM EST
4 Comments | Add A Comment
4 Comments
As 2006 draws to a close, we can look back at what has arguably been one of the most exciting years in recent history for the computing enthusiast. AMD and Intel both launched new processor platforms, for the desktop as well as the server/workstation markets. After leading in the desktop performance arena for three years, AMD's K8 architecture has finally been surpassed by Intel. Not only did Intel regain the desktop performance crown (the jury is still out on who truly leads in the server/workstation markets), but they also managed to launch the world's first quad core desktop CPU package. AMD has countered with the recent launch of their Quad FX platform. Perhaps more important than improved processor performance, however, is the vigorous price war that has been waged in the latter half of the year, with high-performance dual core CPUs fully entering the mainstream market.

New CPUs and platforms aren't the only excitement that we had this past year. ATI and NVIDIA have been waging their own battles for quite some time, trading blows and the crown for maximum graphics performance on a regular basis. ATI and AMD also managed to shock the world with the announced acquisition of ATI by AMD. So far we haven't really seen any fruits from this merger, other than the new ATI homepage, but that will certainly change in the future -- for better or for worse, but hopefully for the better. NVIDIA hasn't been quiet either, as they just launched their G80/8800 series of graphics cards and regained the GPU performance crown in dramatic fashion. 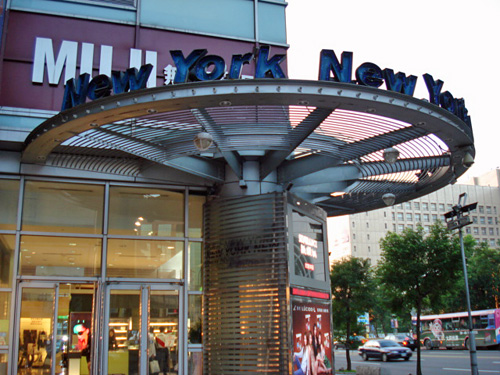 With all the excitement that we've seen, can 2007 possibly hope to top 2006? Only time will tell, but already we have plenty of interesting product launches planned for the next year that should keep the enthusiasts of the world happy. The beginning of each year also brings one of the largest trade shows, the Consumer Electronics Show (CES), where thousands of companies show off their wares and discuss current and emerging technologies. Prior to CES, however, AnandTech has made it a habit of heading over to Taiwan to visit the manufacturers and get the early scoop on the upcoming products. This year, Gary was lucky enough to volunteer to catch a flight to the other side of the world and make the rounds.

He's been sending us a few reports on his visits so far, along with some pictures and information gleaned from the various companies. We will have several updates over the coming week on some of the more interesting products that he has seen. It's not all about products either, as there is some interesting news coming from various companies in Taiwan. Today we will give a quick summary of his visits with three well-known enthusiast companies: ASUS, OCZ, and Shuttle.