Along with an update on shipments, Otellini's keynote today gave us a small update on Intel's manufacturing processes. 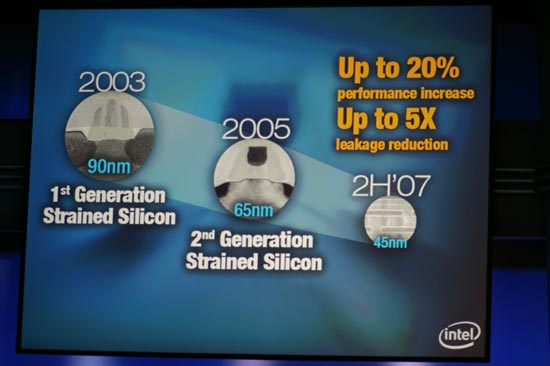 In the 2nd half of 2007, Intel will begin its transition to a 45nm manufacturing process. The 45nm version of today's Core 2 processors is codenamed Penryn and will be among the first chips to use Intel's new 45nm process. In addition to Penryn, there are 15 other 45nm processors that are currently in development, with the first design due to be complete in the next quarter. 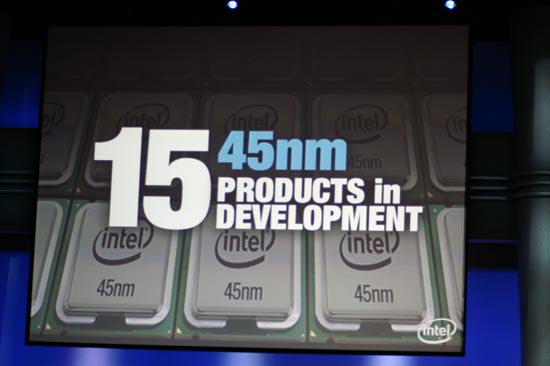 Currently there's one 45nm fab up and running: Fab D1D in Oregon, which is producing test wafers now. 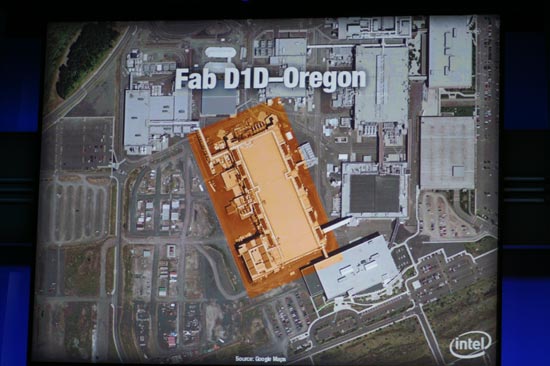 There are two more 45nm fabs under construction that will help the transition once they come online: 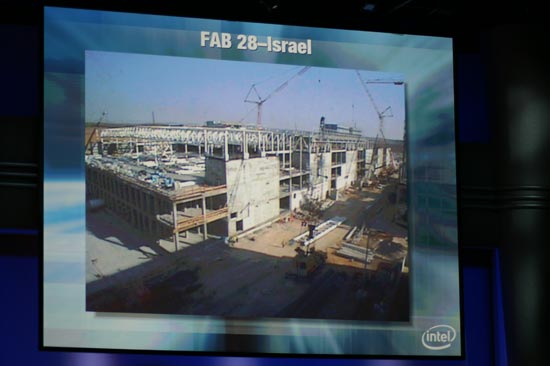 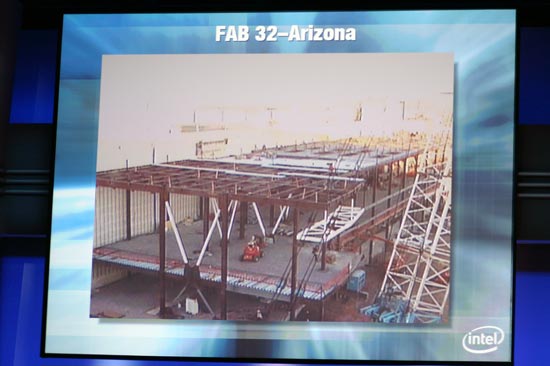 Once all three 45nm fabs are up and running the total investment will have been $9B and provide Intel with 0.5 million square feet of cleanroom.

Looking even further into the future the successor to Intel's Core architecture, codenamed Nehalem, will use its 45nm technology and by 2010 Intel's Gesher microarchitecture will be built on 32nm. 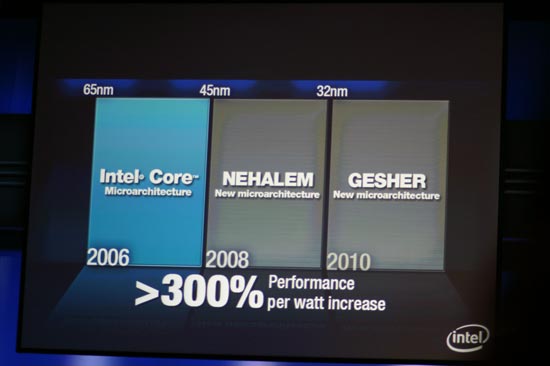