Intel's Paul Otellini kicked off this year's Fall IDF with the first keynote of the show and as always, we've got coverage of the event: 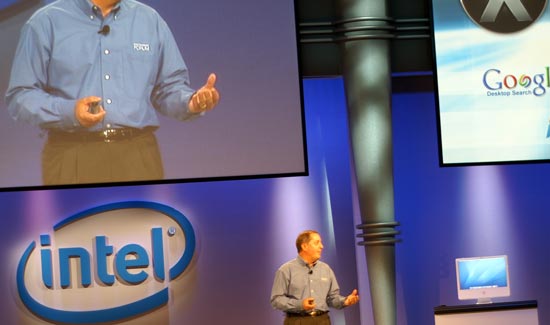 Yes, that's a Mac on stage at an IDF keynote

Paul's keynote marked the first time an Apple representative was on stage at an Intel IDF keynote as Apple's Phil Schiller tooted Apple's horn for completing the Intel processor transition: 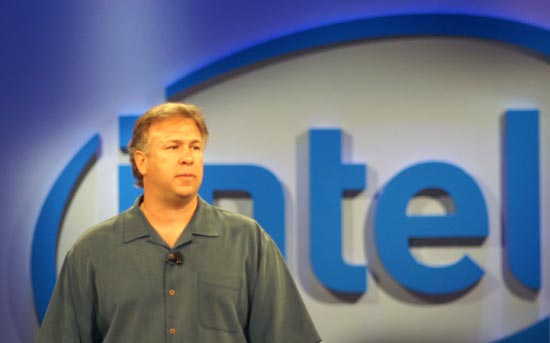 There were no new Apple announcements and the portion of the keynote that covered Apple was relatively useless, but it was an interesting moment to note just for its historical significance as the first real Apple presence at an IDF keynote. 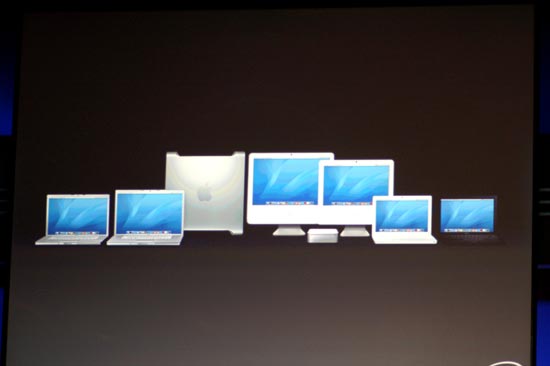