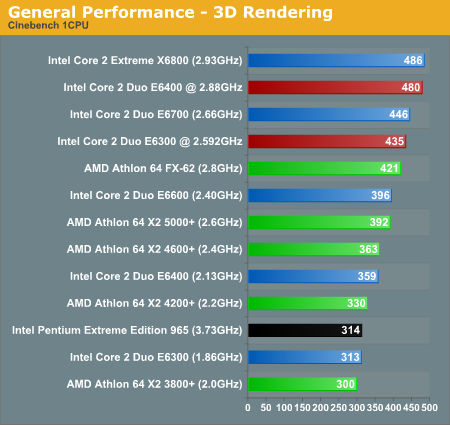 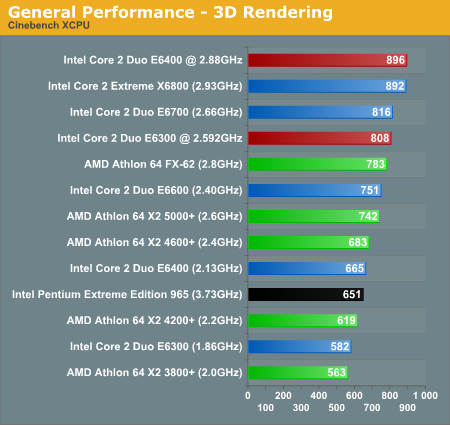 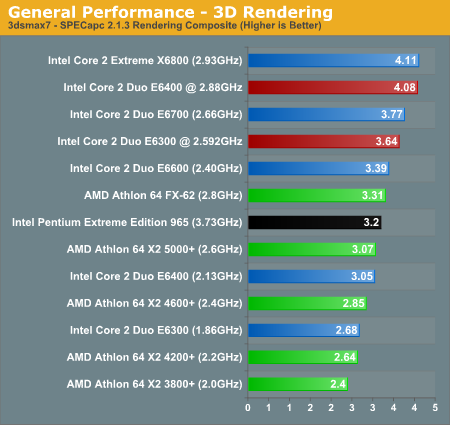 3D rendering relies almost entirely on CPU performance, and cache sizes have very little impact. The end result is that our overclocked E6300 and E6400 place very near the top of the charts, and the overclocked E6400 actually manages to take the lead over the X6800 in the Cinebench multi-CPU rendering test. Clock for clock, Core 2 Duo holds about a 9-11% performance advantage in 3D rendering over the AMD X2 processors. The difference between the fastest and slowest systems tested here is roughly 60%-70%, and due to the time-consuming nature of 3D rendering even small performance increases are very welcome.