Hitachi showed off their latest in Organic LED (OLED) display technology.  What's unique about this technology is that each pixel on the screen emits its own light so there is no need for a backlight like in traditional LCD displays.  The display on the show floor was looping video of bright, colorful scenes that Hitachi put together obviously attempting to show off the impressive color reproduction capability of the display. 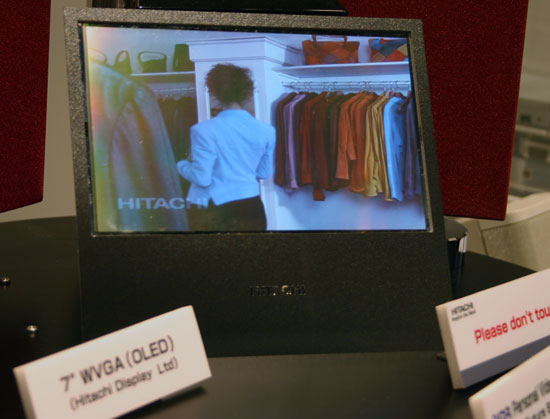 The screen measured 7" diagonal with a WVGA resolution (854x480). The video being looped played smoothly with no indication of ghosting, although it did not include any fast motion scenes so we could not get a good idea of the response time. 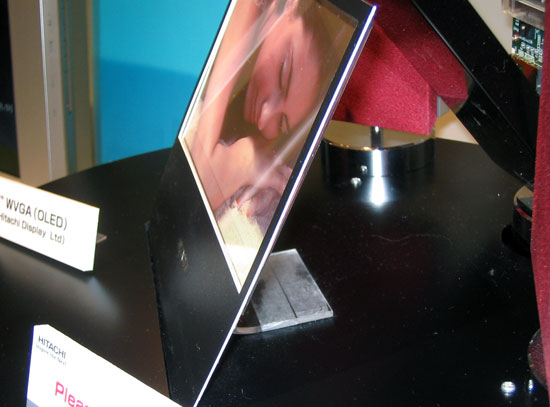 Though the picture quality was good for a tech demo, what really impressed us was the thickness (or thinness, rather) of the screen.  The display was barely over an eighth of an inch thick and completely flat (excluding the stand).  Hitachi says they have no official plans to release any products using this technology yet, although considering how impressive the demo was, it's safe to assume we'll see this display being utilized in the next few years.