Battlefield 2 is still one of the best (and best looking) of the games to come out over the past six months. Popular with just about everyone who can stand to play a first person shooter, and stressful on hardware at the same time, Battlefield 2 is an important game on our list of tests. We use a custom demo and the DICE supplied demo.cmd (modified to suit our needs) in order to benchmark this game. We also manually compute the average framerate based on the useful frames in timedemo_frametimes file rather than relying on the (flawed) summary output. Unfortunately we seem to have some problems testing SLI using this setup, so we have omitted SLI results for this title. 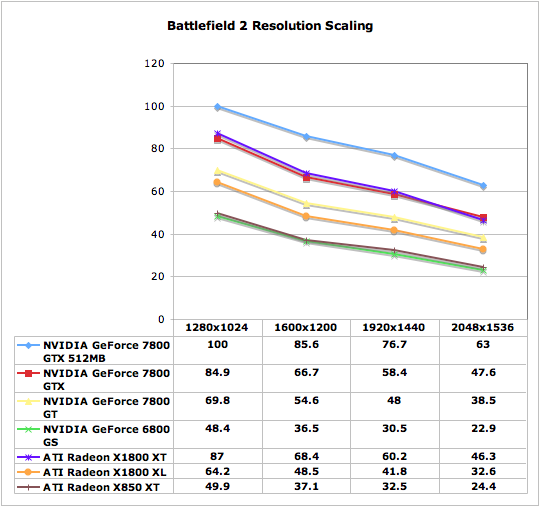 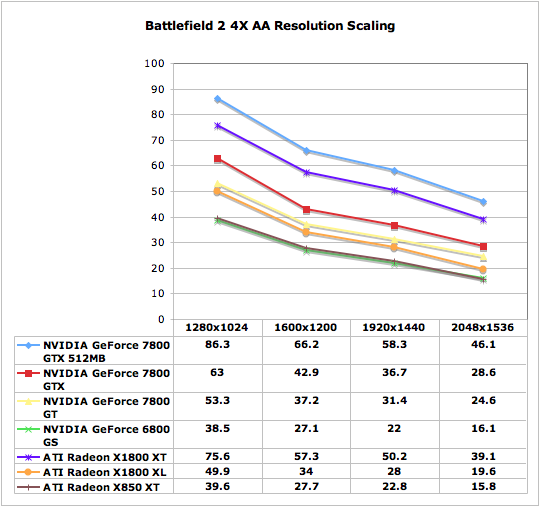