The Mini itself is actually your run-of-the-mill 1U server, with the chassis painted blue. 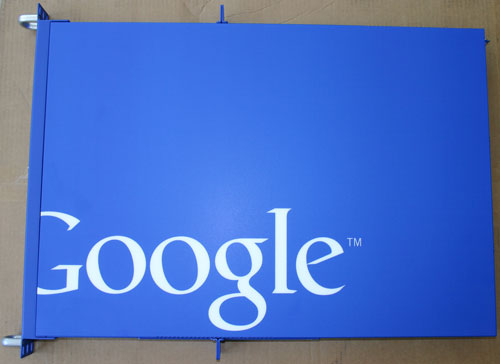 The front of the machine features both the front mounting hardware as well as an exposed grill for ventilation.

Although it is tough to see from the picture below, behind the grill is a fully functional CD-ROM drive that you can’t (and aren’t meant to) access without taking apart the machine: 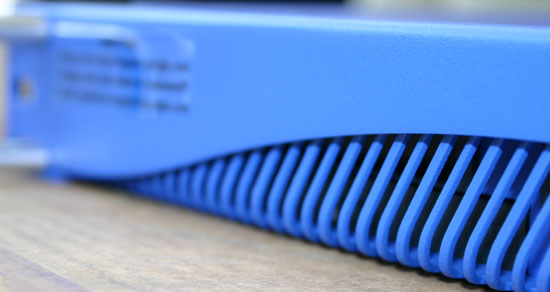 Behind this grill is a slim-line CD-ROM drive, not meant to be used by the user.

Looking at the rear of the machine, you get a better indication of what the Google Mini actually is (hardware-wise): 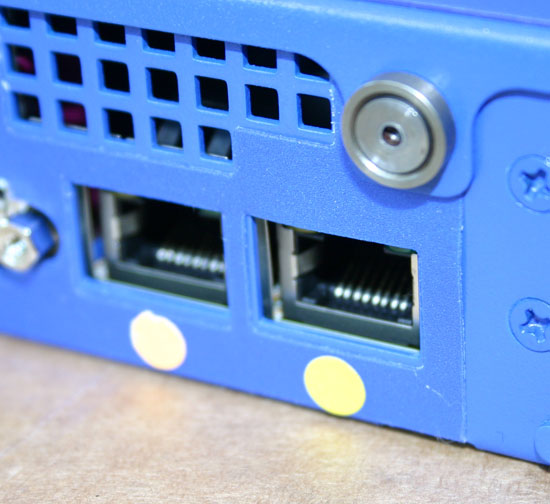 The two Ethernet ports are color-coded to match the cables provided with the Google Mini.


Getting Inside the Mini

It’s very clear that Google doesn’t want you playing around with the innards of the Mini as most of the screws have no usable head:

The grey screw above the rightmost Ethernet port features no usable head. Luckily, removing the screw only requires a little patience and some pliers. 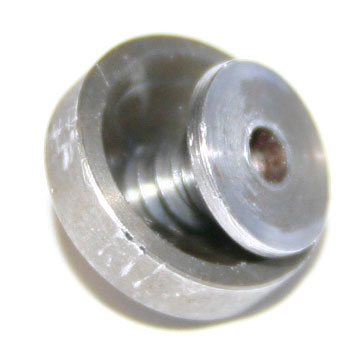 The screw is threaded - it just can’t be undone with a regular screwdriver.

The mounting brackets are attached to the Mini using regular screws, so those can be installed/removed without any trouble. Once you get the screws off of the back of the Mini, there’s one last step to getting inside the unit.

The top of the Mini is actually one large piece of plastic with adhesive on its back that not only makes the unit look better, but also acts as another safeguard against curious users gaining access to the internals of the machine. Peeling back the front edge of the top breaks the adhesive and allows us to slide off the front cover. 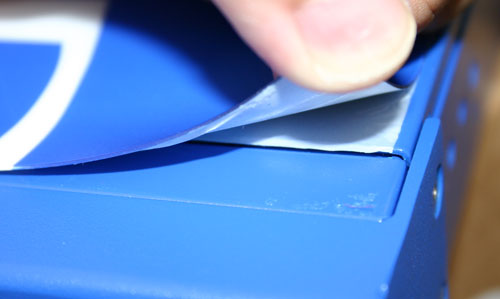 With the cover off, the internals of the Mini are no different than your standard 1U server. There are three drive bays and a large shroud channeling air to the processors underneath. 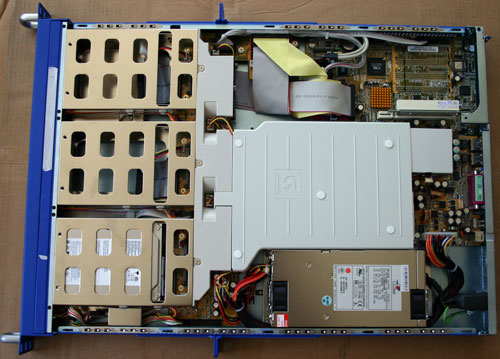 A closer look at the fan shroud tells us the original manufacturer of the server, Gigabyte: 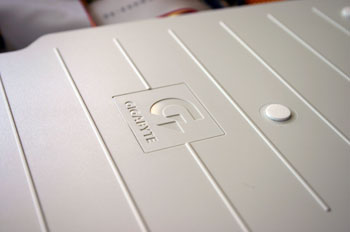 Removing the shroud reveals a pair of processors and the rest of the motherboard. The motherboard, like the server, is manufactured by Gigabyte: 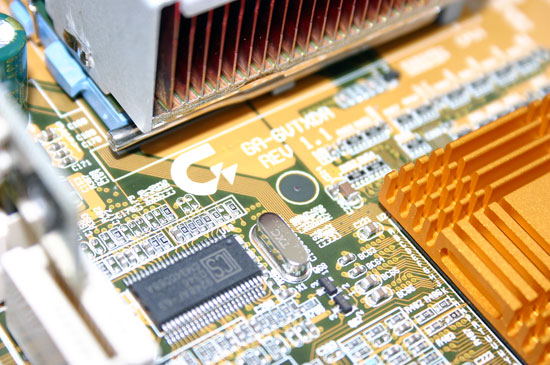 The CPU heatsinks themselves also carry the Gigabyte brand: 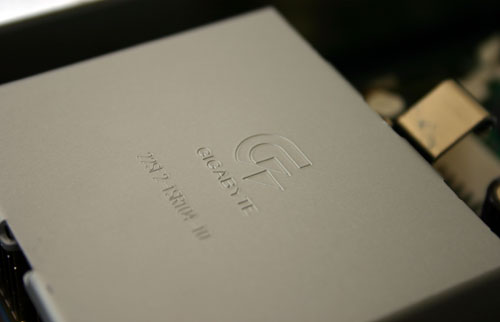 The heatsinks have no fans on them. Instead, they rely on the chassis fans and the fan shroud to remove heat from them.

We were curious to see what was under those heatsinks, so of course, we pulled one off: 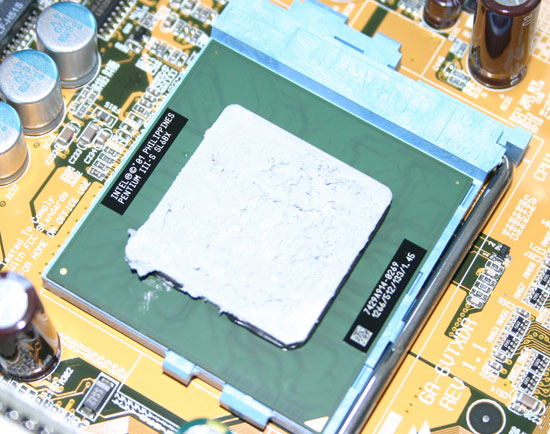 The Google Mini uses a pair of Pentium III-S processors running at 1.26GHz. It’s been a while since we’ve seen these used in a server, but they are most likely more than enough for the job at hand.

The motherboard features a VIA chipset, as is evident by the VIA South Bridge pictured below: 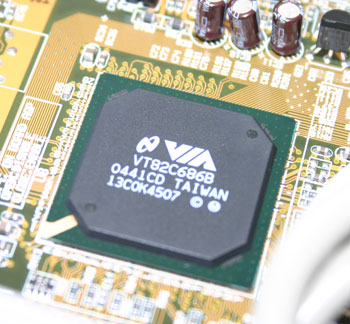 All of the drive bays in the server feature PATA interfaces and are handled directly by a Promise IDE RAID controller: 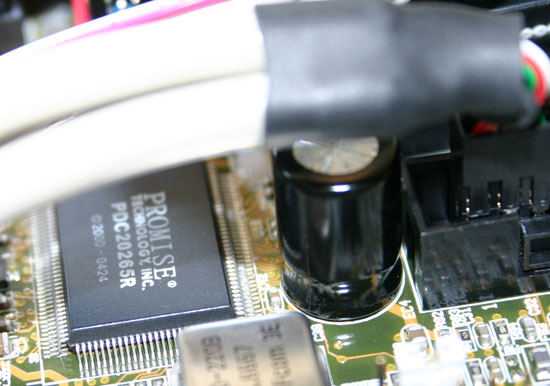 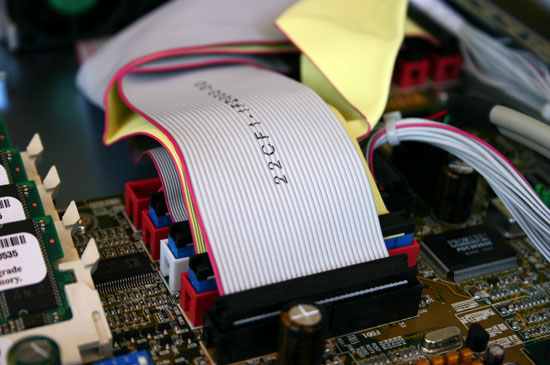 The system shipped with a single hard drive, a 120GB Seagate Barracuda 7200.7. 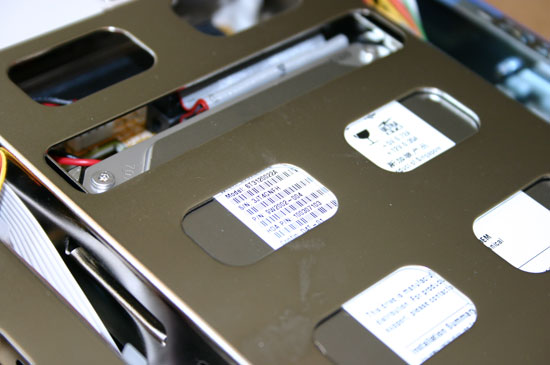 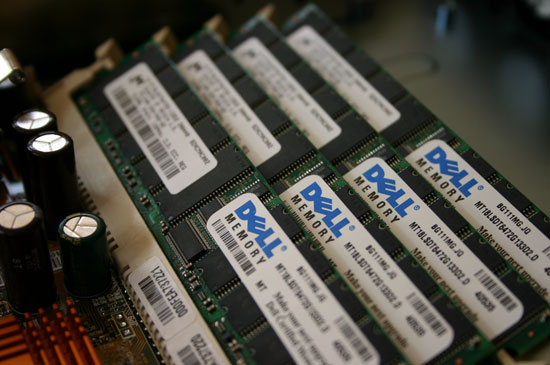 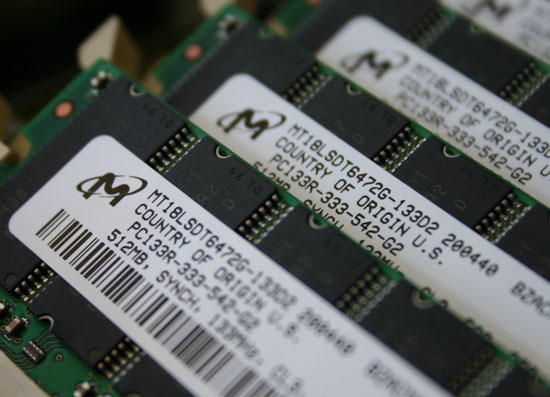 Powering the system up reveals a normal AMI BIOS, but of course, entering the BIOS is password protected - and you’re not given the password.