Seagate was proudly displaying their Momentus 5400 FDE (Full-Disk Encryption), a 2.5" hard drive with an ASIC on the PCB that performs real time encryption and decryption of data on the drive from the minute you plug it in. 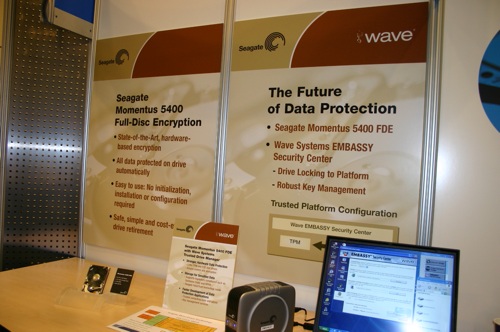 Seagate claims that the encryption/decryption ASIC imposes no performance penalty on the drive itself, even during times of peak sequential transfer rates. 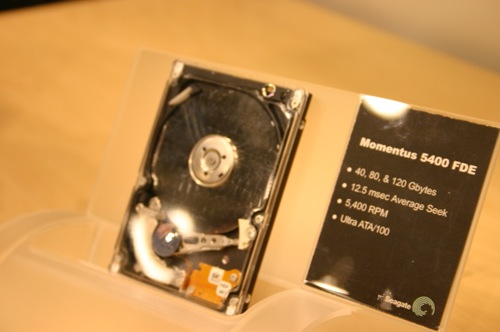 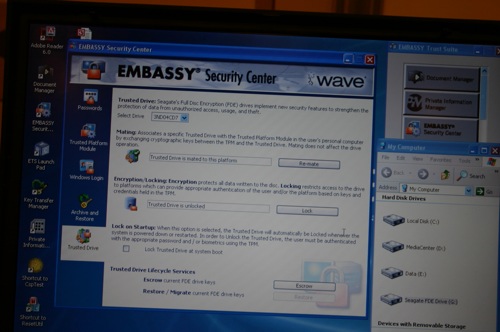 Software like Embassy can make backing up and gaining access to encrypted disks on different computers possible and seamless.

Seagate plans to ship the Momentus 5400 FDE in the first quarter of next year, although no pricing information has been announced. As of now Seagate is only committing to releasing the drive, any third party security software would have to be purchased separately.