Intel's BTX, Back at the Show

Intel's BTX form factor did make an appearance at IDF, but a very quiet one. A lot of the demo systems were actually BTX form factors, but the only central location for all things BTX was at the very back of the Technology Showcase: 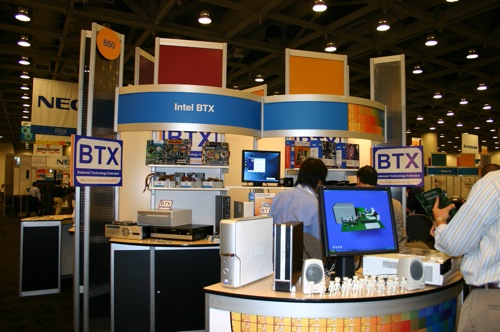 There were some fairly sleek case designs, such as the Dell case we'd seen everywhere (especially in the virtualization demos): 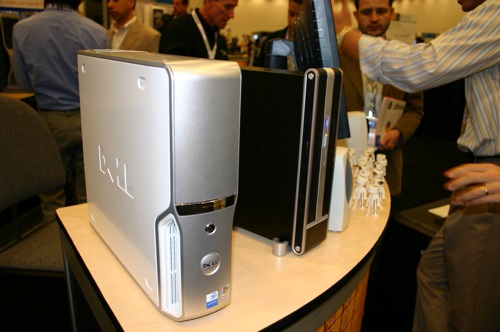 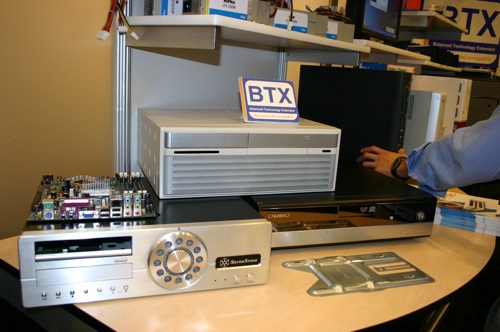 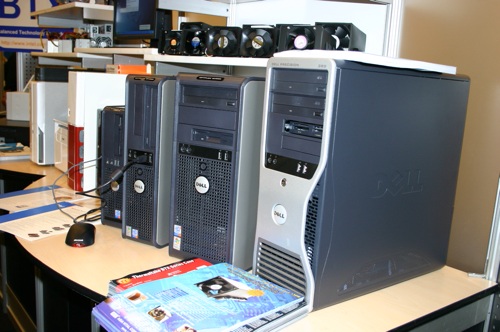 Intel also had a few BTX motherboards on display: 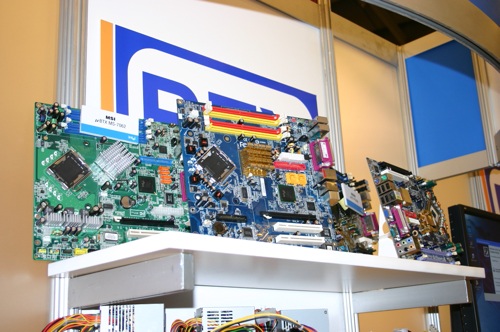 ...some of which were even their own: 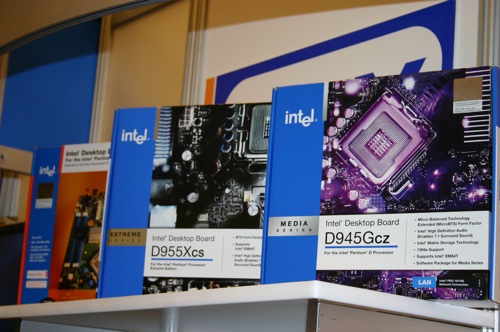 But overall the focus on BTX has definitely calmed since its first introduction, and we've heard much of the same from motherboard makers.