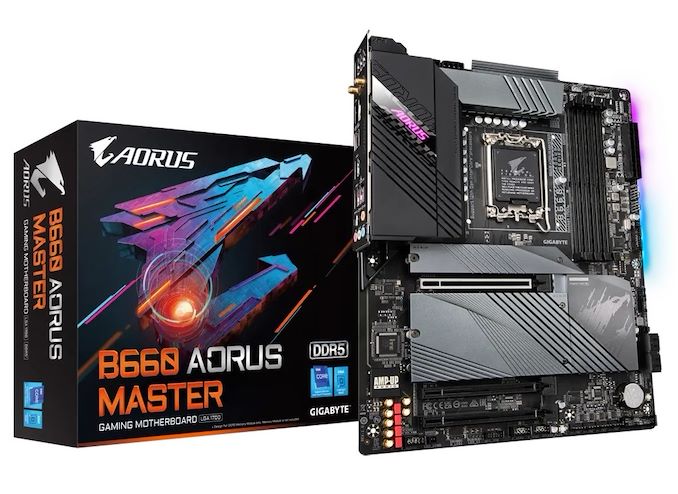 During CES 2022, GIGABYTE unveiled many B660 and H610 motherboards designed for Intel's latest Alder Lake processors. Perhaps the most interesting and 'premium' of these is the GIGABYTE B660 Aorus Master and B660 Aorus Master DDR4 models, which include identical feature sets. The only difference is that one supports the latest DDR5 memory and the other DDR4. Other features include three M.2 slots, four SATA ports, 2.5 GbE networking, as well as a typical Aorus inspired gaming aesthetic.

As part of GIGABYTE's Aorus themed gaming series, the GIGABYTE B660 Aorus Master and the DDR4 version feature the same fundamental specifications and design. This includes a standard ATX-sized PCB, with a large black rear panel cover, with silver heatsinks covering the M.2 slots and chipset, as well as two zones of integrated RGB LED lighting. 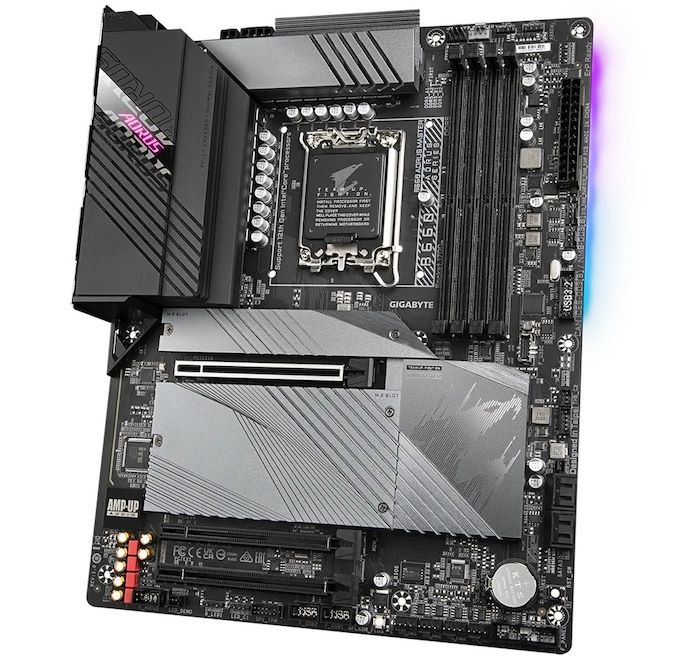 The DDR5 version supports DDR5-5333 memory, while the DDR4 version boasts support for up to DDR4-6000 memory. Both models can accommodate up to 128 GB of their respective memory types across four memory slots.

Looking at the features of both GIGABYTE B660 Aorus Master models, they include one full-length PCIe 4.0 x16 slot, with two full-length PCIe 3.0 slots operating at x4/x1. Regarding storage, there is a total of three M.2 slots, including two with support for PCIe 4.0 x4 M.2 drives and one with support for PCIe 3.0 x4 drives. There are also four SATA ports supporting RAID 0, 1, 5, and 10 arrays.

On the rear panel of both B660 Aorus Master motherboards is one USB 3.2 G2x2 Type-C, one USB 3.2 G2 Type-A, four USB 3.2 G1 Type-A, and two USB 2.0 ports. Also on the rear panel are five 3.5 mm audio jacks and S/PDIF optical output controlled by a Realtek ALC1220-VB HD audio codec. Looking at networking, an Intel I225-V 2.5 GbE controller is powering one Ethernet port, with an Intel Wi-Fi 6 CNVi that includes support for BT 5.2 devices.

GIGABYTE hasn't shared the expected pricing of its B660 Aorus Master motherboards, nor do we know when they might hit retail shelves.