At the end of last year, ATI announced 5 new GPUs, three of which were supposed to be available within a week of the announcement, none of which actually were.  One of those GPUs, the X800 XL, was of particular interest as it was ATI's first real answer to NVIDIA's GeForce 6800GT and ATI said that it would be priced a full $100 less than NVIDIA's offering.  Of course, that GPU didn't arrive on time either.  And when it did, you had to pay a lot more than $299 to get it.

Fast forward to the present day and pretty much everything is fine. You can buy any of the GPUs that ATI announced at the end of last year at or below their suggested retail prices.  But, we have another GPU release on our hands, and given ATI's recent track record, we have no idea if we're talking about a GPU that will be out later this month as promised or one that won't see the light of day for much longer.

The board layout and design hasn't changed with the move to 512MB.  The power delivery circuitry is all the same. The difference is that now there are twice as many memory devices on the PCB. 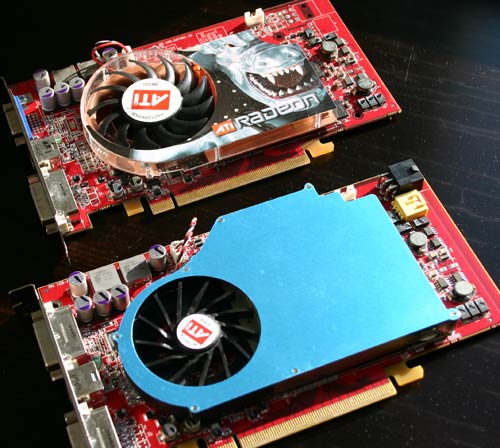 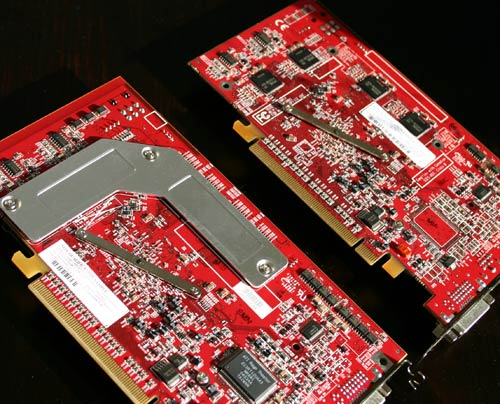 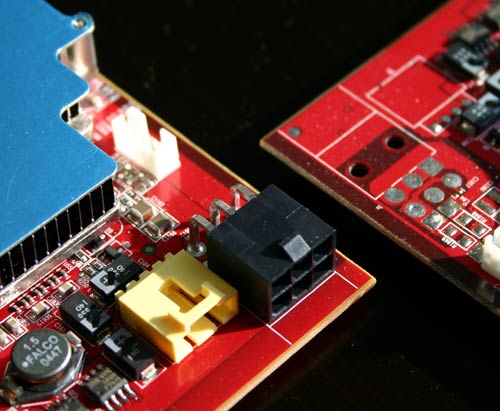 The other major change to the board itself is the new heatsink/fan.  The unit is just as quiet as the original, but the heatsink takes up much more space as it covers all 16 memory devices whereas the original heatsink didn't touch any of the memory devices.  Our only complaint about the new cooler is that its larger size makes removing it from PCI Express slots with a retention lock much more difficult as you can't easily access the lock release lever. 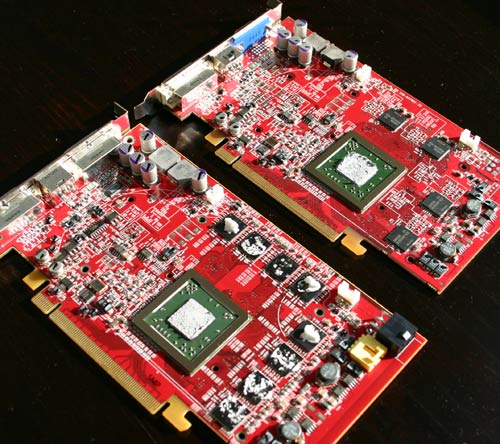 The X800 XL 512MB achieves its memory capacity by using twice the number of chips as the 256MB version. 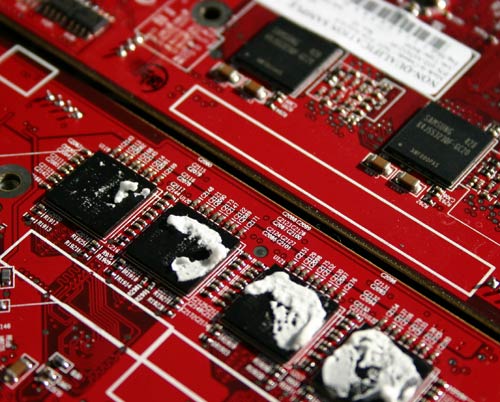 This is where ATI's strategy doesn't seem to make much sense. They are taking a mid-range performance part, the X800 XL, and giving it more memory than any of their GPUs, thus pricing it on par with their highest end X850 XT.  More than anything, ATI is confusing their own users with this product. Those who are uninformed and have a nice stack of cash to blow on a new GPU are now faced with a dilemma: $449 for a 512MB X800 XL or $499 for a 256MB X850 XT?  That is, if this part does actually ship to market in time and if it is actually priced at $449 - both assumptions that we honestly can't make anymore given what we've seen with the past several ATI releases.

What's also particularly interesting about today's 512MB launch is that ATI won't be producing any 512MB X800 XL cards under the "built by ATI" name. You will only be able to get these cards through ATI's partners.  According to ATI, the following manufacturers will bring the X800 XL 512MB to market sometime this month:

And as confirmation, here's a slide from ATI's presentation saying the exact same thing: 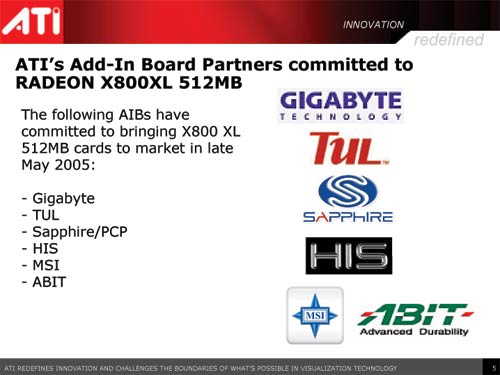 Although we'd like to believe ATI here, given their recent track record, we can't really take their word for it.  By asking their partners to commit to delivering product, ATI is essentially shifting the blame a bit should their May 2005 target slip. But with regards to the X800 XL 512MB, as you're about to see, it doesn't really matter.

It is worth noting that NVIDIA has been shipping a 512MB card, the 512MB GeForce 6800 Ultra, for quite some time now.  However, the card itself only seems to be available to system builders such as Alienware and Falcon Northwest.  The 512MB 6800 Ultra is extremely expensive and appears to add around $800 to the cost of any system built by those who carry it; obviously, not in the same price range as ATI's X800 XL 512MB.  Despite our curiosities, we could not get a card from NVIDIA in time for this review, although we'd be willing to bet that our findings here with the X800 XL 512MB would apply equally to NVIDIA's 512MB GeForce 6800 Ultra as well.