Power envelopes here usually don’t matter, and what is actually the performance factor that comes at play here is simply the boost clocks of the CPUs as well as the IPC improvement, and memory latency of the cores. We’re also testing the results here in NPS1 mode as if you have single-threaded bound workloads, you should prefer to use the systems in a single NUMA node mode. 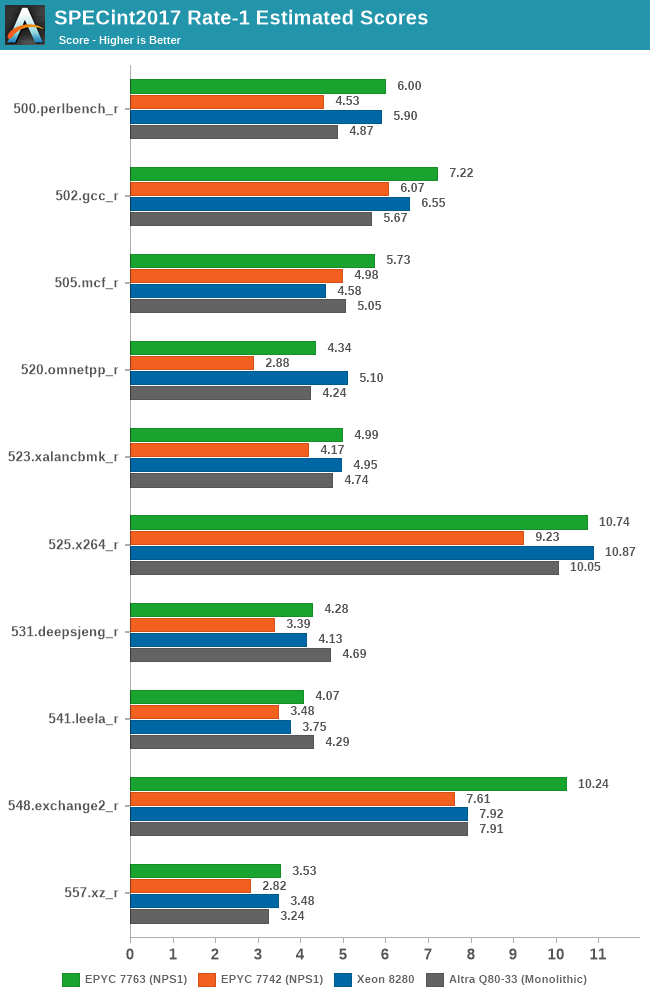 Generationally, the new Zen3-based 7763 improves performance quite significantly over the 7742, even though I noted that both parts boosted almost equally to around 3400MHz in single-threaded scenarios. The uplifts here average over a geomean of +25%, with individual increases from +15 to +50%, with a median of +22%.

The Milan part also now more clearly competes against the best of the competition, even though it’s not a single-threaded optimised part as the 75F3 – we’ll see those scores a bit later. 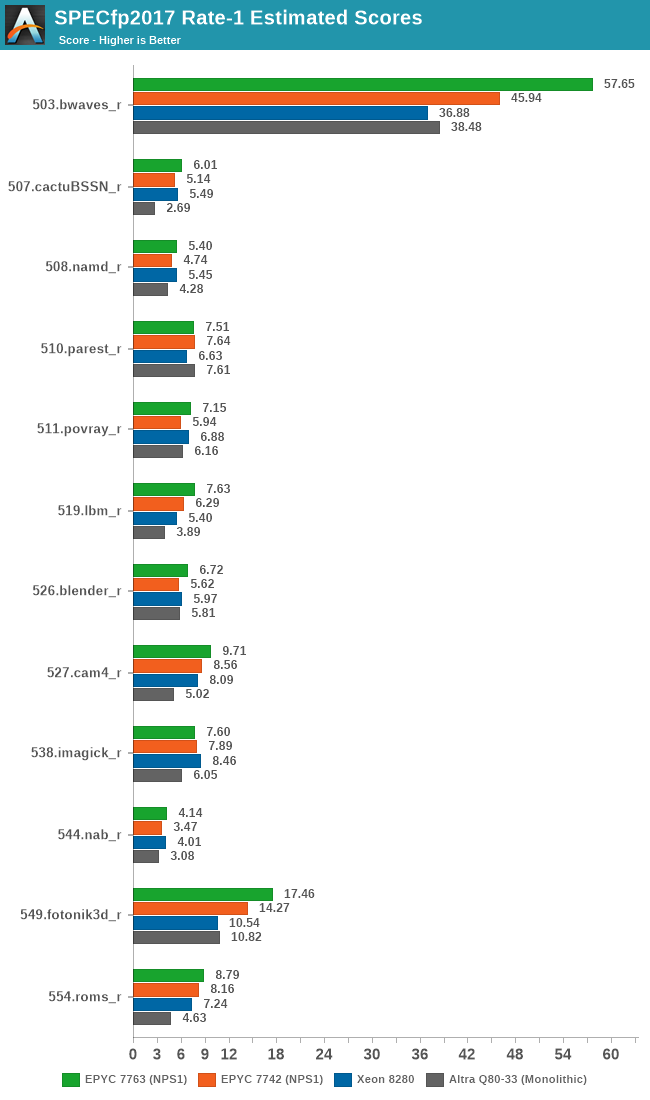 In SPECfp, the Zen3 based Milan chip also does extremely well, measuring an average geomean boost of +14.2% and a median of +18%. 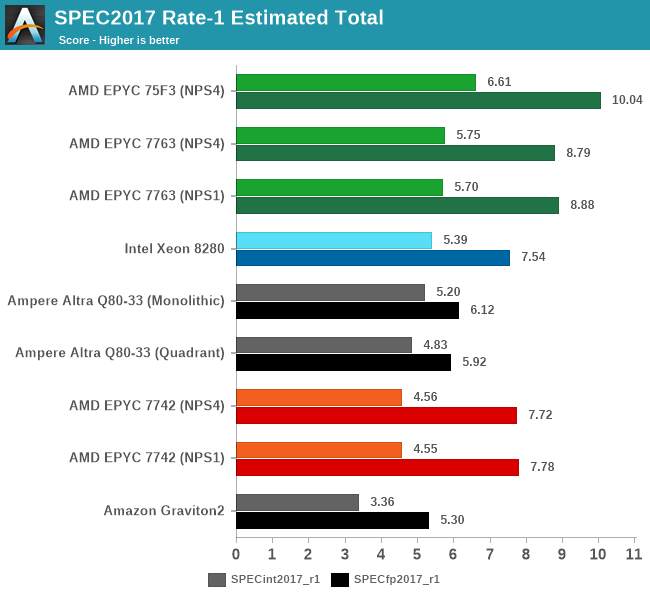 The new 7763 takes a notable lead in single-threaded performance amongst the large core count SKUs in the market right now. More notably, the 75F3 further increases this lead through the higher 4GHz boost clock this frequency optimised part enables.