It’s precisely this market that AMD is trying to target with its new “F”-series of processors, and this is where the new 75F3 comes into play. With 32 cores, 4 cores per chiplet with the full 256MB of L3 cache, and a base frequency of 2.95GHz, boosting up to 4.0GHz at a default 280W TDP, is the chip is squeezing out the maximum per-core performance while still offering a massive amount of multi-threaded performance. 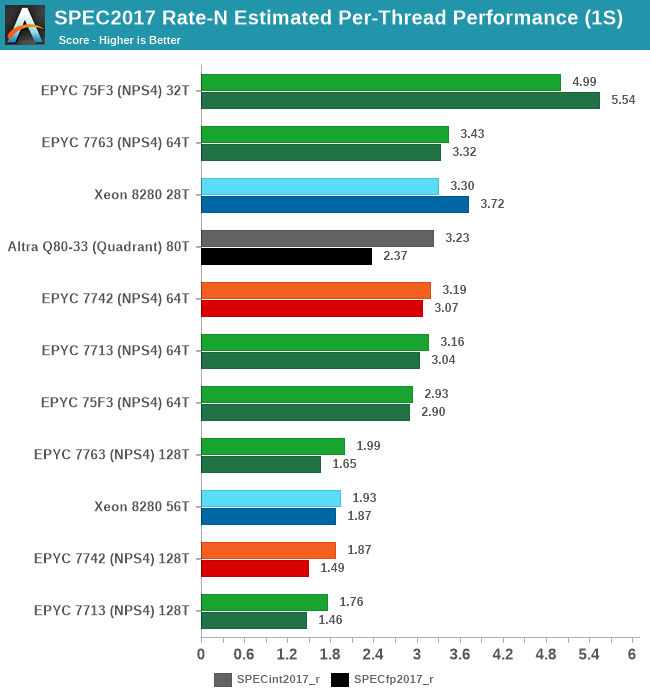 It’s to be noted that limiting the thread count of the higher core-count SKUs will also result in a better per-thread performance metric, for example running a 7713 with only 32 threads will result in a SPECint2017 estimated score of 4.30 – the 75F3 still has a 16% advantage there even though its boost clock is only 8.8% higher at the peak – meaning the 75F3 is achieving higher effective frequencies. Unfortunately, we didn’t have enough time to do the same experiment on the equal 280W 7763 part. 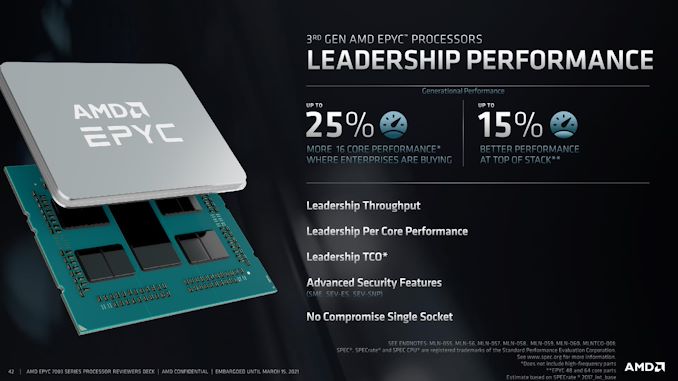 AMD discloses that the biggest generational gains for the Milan stack is found in the lower core-count models, where for example the 7313 and the 7343 outperforms the 7282 and 7302 by 25%. Reason for this is that for example the new 7313 features double the L3 cache, and all the new CPUs are boosting higher with respectively higher TDPs, increasing to 150/190W from 120/155W, as well as landing in at +50% higher price points when comparing generation to generation.