ASUS’s cheapest B550 board is the B550M-K, which is almost identical to the B550M-A, with just fewer parts. The biggest visual difference is that the B550M-K does not come with a power delivery heatsink, with a simple 4+2 power delivery design. 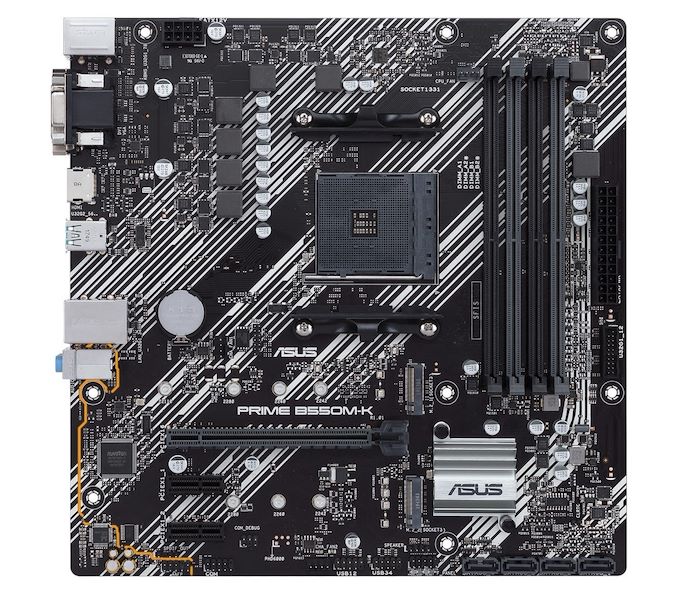 This does make the board look a lot cleaner with its straight lines, however this isn’t going to be a board for pushing the boundaries. It has only two fan headers around the socket, has a smaller chipset heatsink, and is missing some of the headers on the bottom of the board, such as the one for Thunderbolt or RGB. The latter might be a good thing. 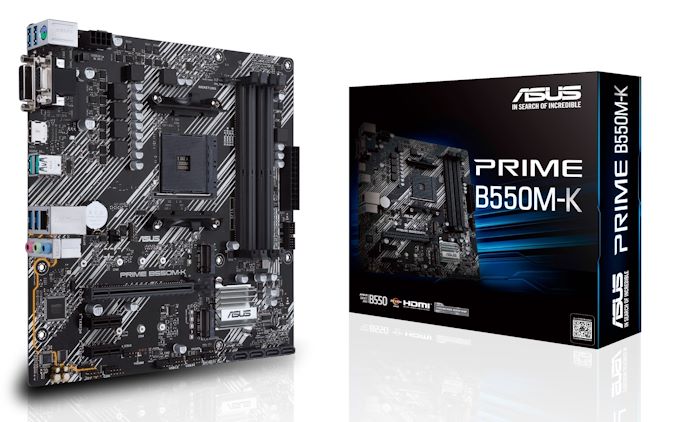