The Prime line of motherboards now sits as ASUS’ budget line, as an entry point into the market. The focus of Prime is on a simple polished aesthetic, which is why we’re going to see a good amount of polished metal designs, and in the case of the ASUS Prime B550-Plus, the white lines on the motherboard this time go from top right to bottom left. 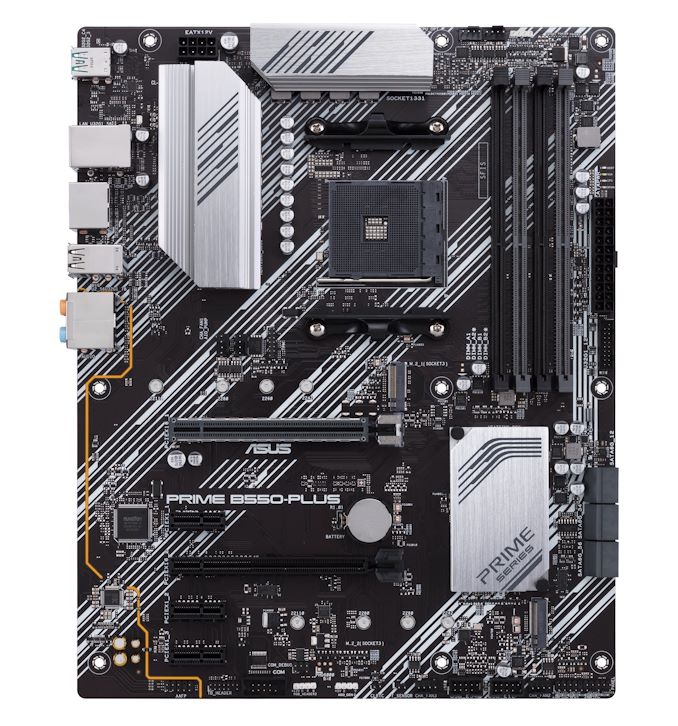 It’s good to see we still have multiple power delivery heatsinks here, even if they’re not connected by a heatpipe, but the design across the PCB carries over across the heatsink in order to keep the continuity. The CPU is powered by a single 8-pin to the top left, and the socket has access to four 4-pin headers within easy reach.

The memory slots are again single sided latch designs, despite the main PCIe slot being further way than usual. On the right hand side of the board is a 24-pin ATX power connector, a USB 3.0 header, and six SATA ports.

ASUS’ Prime boards use ALC887 audio codecs rather than the S1200A custom ones, but here we get some PCB separation in built in LEDs as well. Along the bottom of the board there is a Thunderbolt header, a COM header, RGB LED headers, a Clear CMOS header, a thermocouple header, two additional 4-pin fan headers, and two USB 2.0 headers. 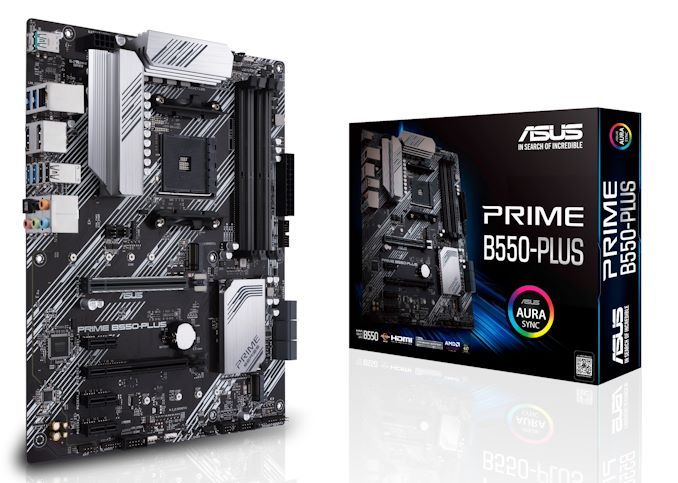