In AIMark 3, the benchmark uses each vendor’s proprietary SDK in order to accelerate the NN workloads most optimally. For Qualcomm’s devices, this means that seemingly the benchmark is also able to take advantage of the new Tensor cores. Here, the performance improvements of the new Snapdragon 865 chip is outstanding, posting in 2-3x performance compared to its predecessor. 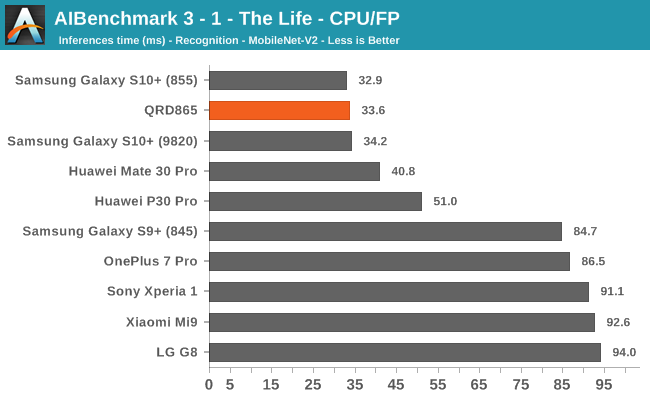 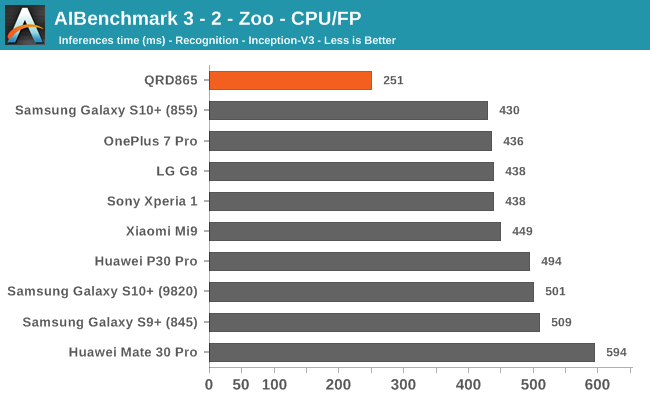 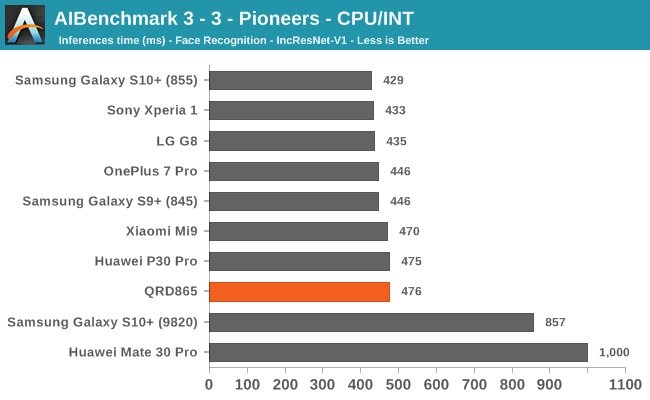 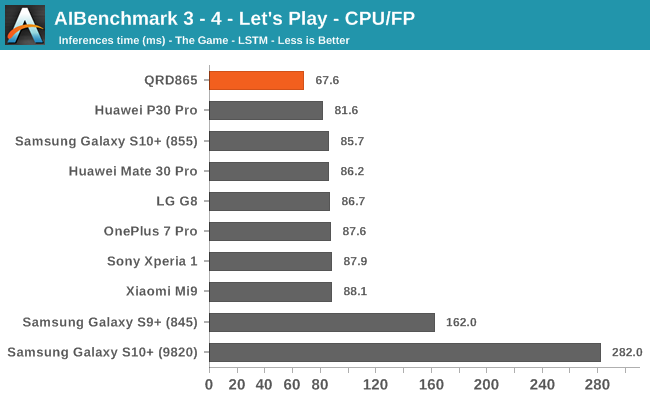 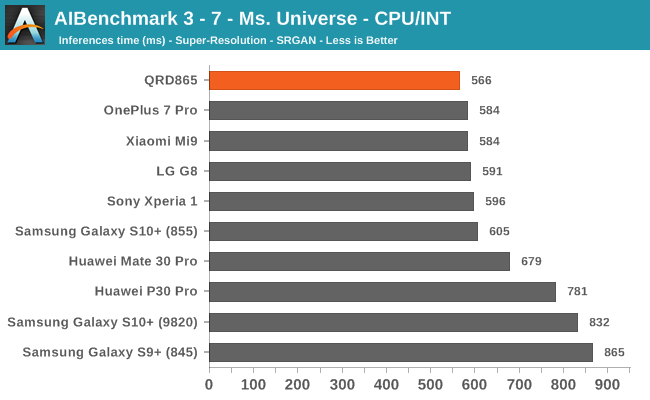 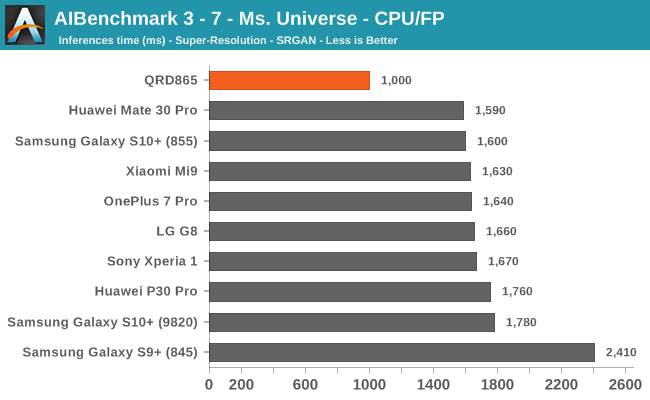 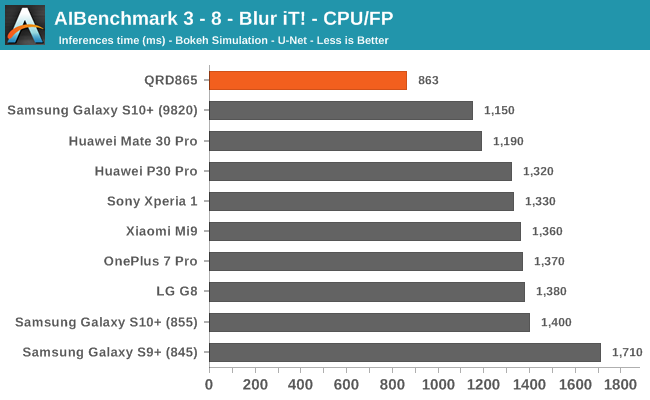 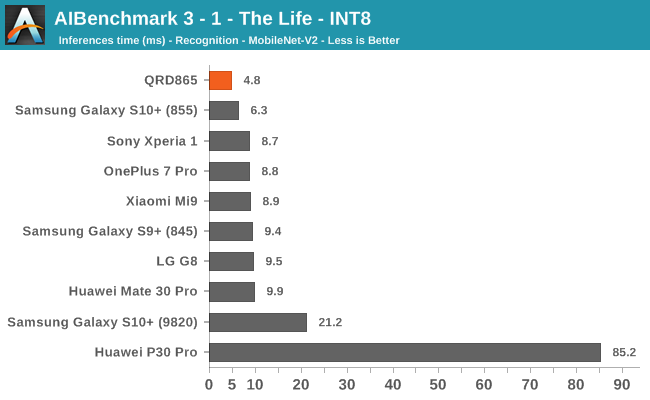 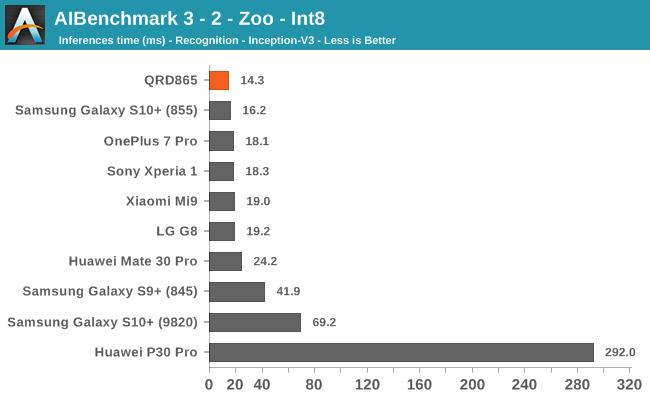 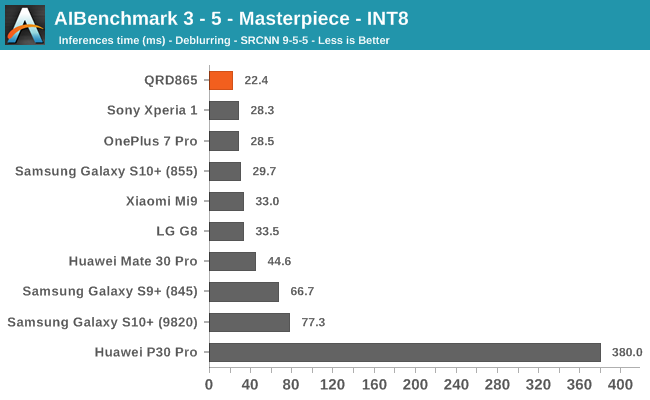 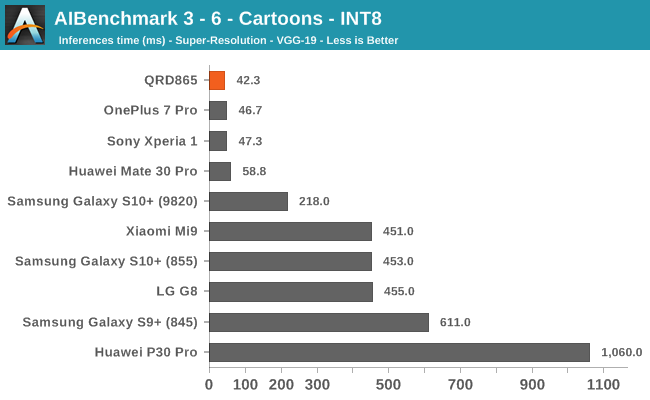 INT8 workload acceleration in AI Benchmark happens on the HVX cores of the DSP rather than the Tensor cores, for which the benchmark currently doesn’t have support for. The performance increases here are relatively in line with what we expect in terms of iterative clock frequency increases of the IP block. 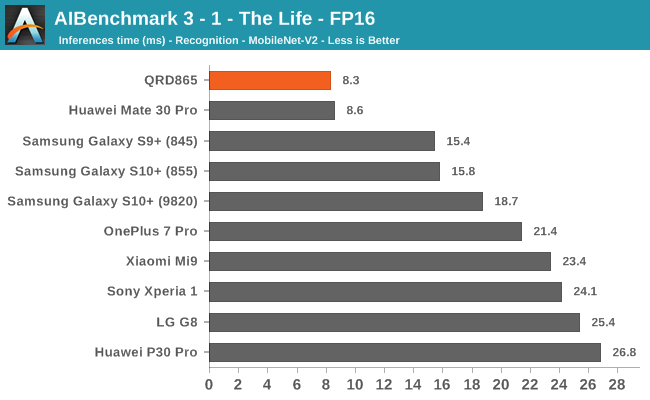 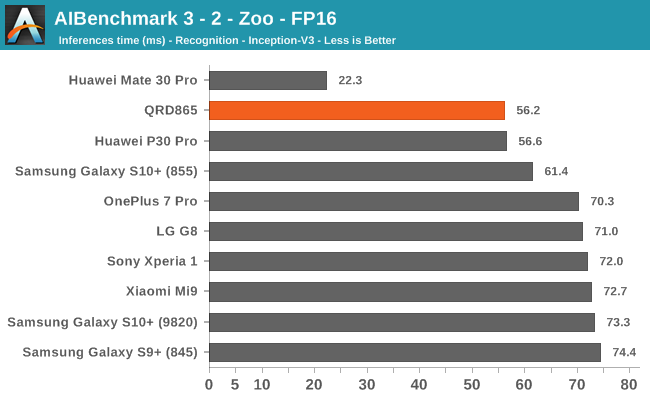 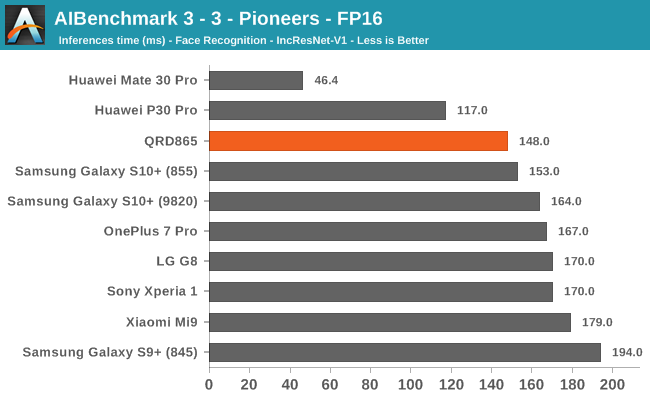 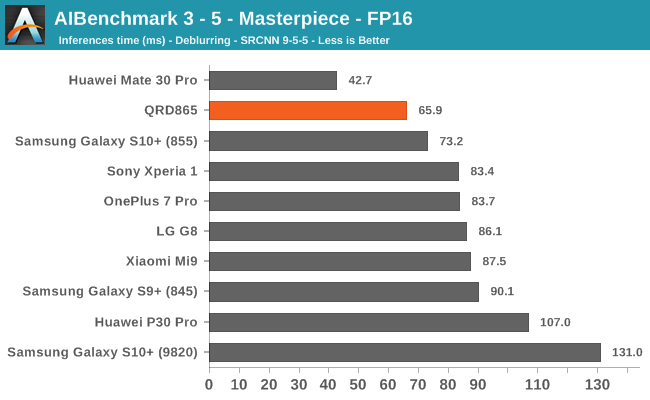 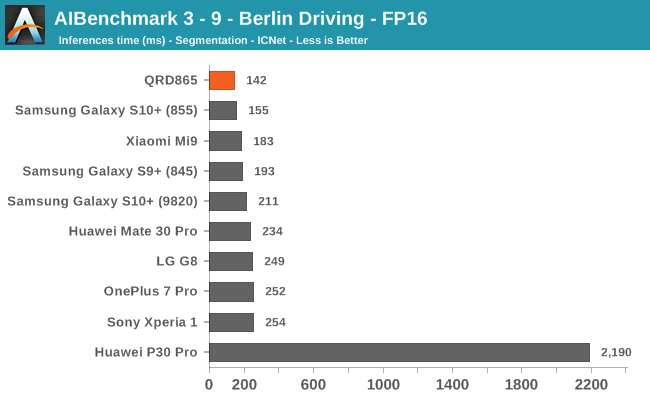 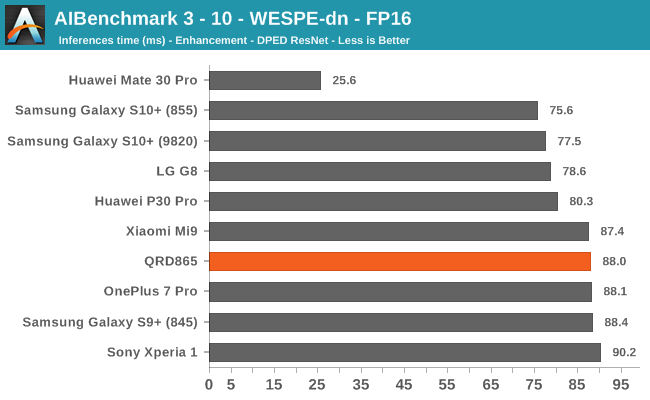 FP16 acceleration on the Snapdragon 865 through NNAPI is likely facilitated through the GPU, and we’re seeing iterative improvements in the scores. Huawei’s Mate 30 Pro is in the lead in the vast majority of the tests as it’s able to make use of its NPU which support FP16 acceleration, and its performance here is quite significantly ahead of the Qualcomm chipsets. 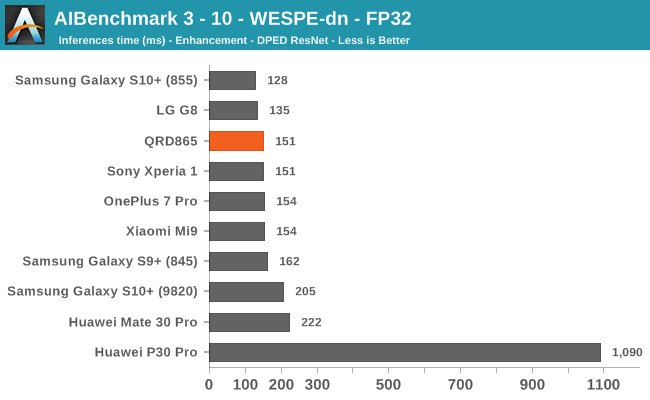 Finally, the FP32 test should be accelerated by the GPU. Oddly enough here the QRD865 doesn’t fare as well as some of the best S855 devices. It’s to be noted that the results here today were based on an early software stack for the S865 – it’s possible and even very likely that things will improve over the coming months, and the results will be different on commercial devices.

Overall, there’s again a conundrum for us in regards to AI benchmarks today, the tests need to be continuously developed in order to properly support the hardware. The test currently doesn’t make use of the Tensor cores of the Snapdragon 865, so it’s not able to showcase one of the biggest areas of improvement for the chipset. In that sense, benchmarks don’t really mean very much, and the true power of the chipset will only be exhibited by first-party applications such as the camera apps, of the upcoming Snapdragon 865 devices.