As a series of mid-generation kicker cards, NVIDIA’s Super cards have certainly lived up to the task. While none of these cards bring anything new to the table in terms of performance, they all have given NVIDIA’s price-to-performance ratio a swift kick upwards, and as the latest Super card, this is the case for the GeForce GTX 1660 Super as well. The net result is that while these cards don’t radically redefine the video card landscape, the GTX 1660 Super is at least going to recalibrate the mainstream market by bringing some of NVIDIA’s best gear down to lower prices, to the benefit of system builders and upgraders alike.

From a hardware perspective, you can either look at the new GeForce GTX 1660 Super as a GTX 1660 with a much-needed upgrade to GDDR6 memory, or a GTX 1660 Ti with a couple of SMs fused off. Both would be accurate statements, and both set the correct expectations in terms of performance. The GTX 1660 Super is a very fast card for its market segment, and because it’s so similar to the GTX 1660 Ti in configuration, it’s also similar to it in performance, only trailing NVIDIA’s fastest 1660 card by a few percent.

Which perhaps isn’t remarkable in and of itself, but what the GTX 1660 Super doesn’t bring to the table in terms of new hardware, it brings to the table in terms of pricing. NVIDIA is launching this card at $229, which is $50 below where the GTX 1660 Ti launched back in February – and indeed, what it still sells for today. Meanwhile at the other end of the spectrum, the new Super card delivers 12% better performance than NVIDIA’s $219 vanilla GTX 1660, all for a decabuck ($10) more. 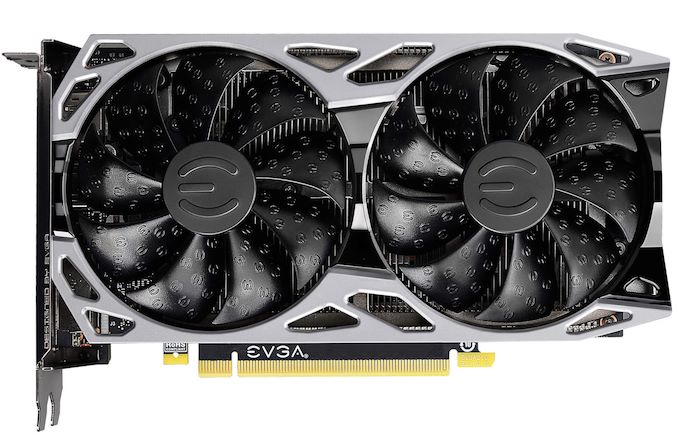 As a result, at current prices the GTX 1660 Super all but makes the other GTX 1660 cards redundant; the Ti isn’t fast enough to justify the price, and the vanilla GTX 1660 isn’t cheap enough to justify the performance hit. Put another way, why have a GTX 1660 Ti at GTX 1660 Ti prices, when you could have it without the TI price premium? In this respect it’s a lot like the launch of the RTX 2070 Super over the summer; it’s not quite as fast as the card above it (RTX 2080), but for a few percent drop in performance, it’s a whole lot cheaper. Ultimately, while NVIDIA’s current 10 card product stack is a bit unwieldy, once you reach the GTX 1660 series, there’s really only one card to consider, and that’s the GTX 1660 Super.

None of this, I think, should be too surprising given what NVIDIA is announcing today in terms of specifications and pricing. They clearly intended to deliver a lower-priced GTX 1660 Ti-like card, and this is exactly what’s happened. The lingering question then is not what they’ve done, but why they’ve done it. And for the answer to that, I suspect we’re going to have to wait to see what happens with AMD’s Radeon RX 5500 series cards, which are expected to launch into retail sometime this quarter. It’s been AMD actions that have spurred NVIDIA’s other price/performance realignments this year, and it’s likely the same case here.

Shifting gears, let’s talk about EVGA’s GeForce GTX 1660 Super SC Ultra. The dual-fan, dual-slot card is fairly typical of what to expect for GTX 1660 Super cards in terms of design, as dual-fan coolers have long proven themselves (and their popularity) in this market segment. And while EVGA’s card delivers on all of the performance one would expect from GTX 1660 Super – and then some thanks to a mild factory overclock – I’m ultimately left with mixed feelings about it. The hardware is solid, but the acoustic results are mediocre; the card is fairly loud for a piece of hardware that only has to dissipate 125W of heat. Not that a lot of our readers care about noise versus price or performance, but for those who do, it’s something to chew on. Personally, I’d like to see EVGA balance their fan curve a bit more so that it’s not unnecessarily aggressive, but barring that, the matter is easy enough to address at the user level with EVGA’s always-excellent PrecisionX overclocking software. 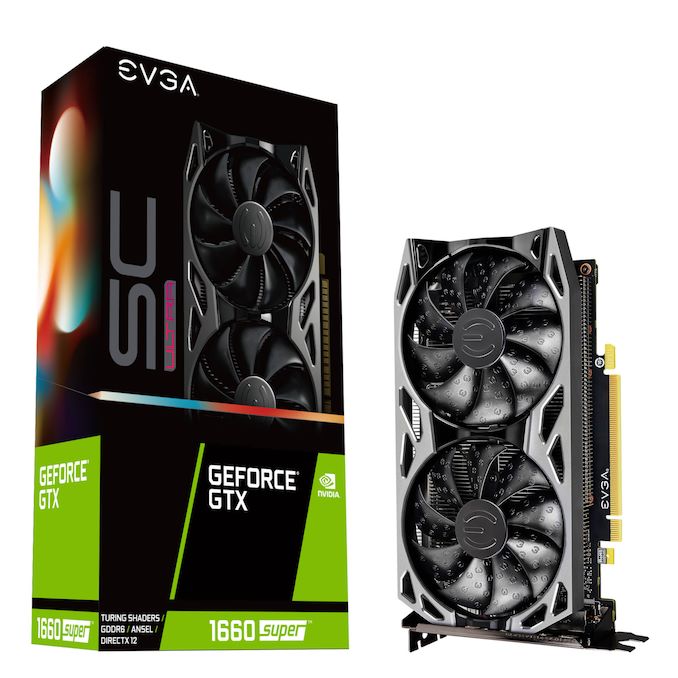 Finally, from a deep technical perspective, the launch of the GTX 1660 Super has given us an extremely interesting look at the performance differences between memory generations, and this is something we very rarely get. While GPU memory controllers typically support a couple of different types of memory, within midrange or high-end cards we virtually never see memory types mixed in this fashion; cards with older memory types are almost universally sold as lower-end parts with further neutered GPU configurations to match. So the GTX 1660 Super lets us see first-hand the performance impact of GDDR5 versus GDDR6 with fully identical GPUs.

The results then, are surprising in a sense. While I did not expect performance gains to be anywhere near the 75% increase in memory bandwidth – the vanilla GTX 1660 was never entirely memory bandwidth-bound – I am surprised that the performance gains from the switch to GDDR6 are so consistent. To be sure, the GDDR6-equipped GTX 1660 Super is anywhere between 7% and 17% faster than the GDDR5-equipped GTX 1660, but that’s a rather narrow range all things considered. Even in the worst case scenario, just adding more memory bandwidth pushed performance up by at least 7%, and yet even in the best case scenario, it added no more than 17%. There are no purely GPU-limited gaming scenarios where the extra bandwidth did nothing, and there are no memory-bound scenarios where more bandwidth led to vast performance improvements.

Some of this, I suspect, is simply because GDDR6 is such a large jump that it’s outpacing what GPUs currently need. Which is an odd thing to say for a class of products that are virtually defined by their ever-shrinking amount of bandwidth-per-FLOP, but GDDR6 will be with us over multiple GPU generations, just like GDDR5 was prior to that. So GPUs aren’t going to see the same kind of single-generation 75% jump in bandwidth again, and GPU vendors can never let their foot off of the pedal when it comes to improving GPU memory efficiency.

It’s this last point, perhaps, that is keeping the GDDR6 performance gains as consistent as they are. Despite pushing 5+ TFLOPs, the vanilla GTX 1660 isn’t incredibly burdened by GDDR5. It’s held back for sure – losing upwards of 15% of its performance just by missing out on so much memory bandwidth – but it’s not handicapped. NVIDIA has been able to get an immense amount of performance out of GDDR5 cards despite the very limited bandwidth increases over the years there, and this Super comparison helps to underscore that.

Not that the company will mind more video card bandwidth. GDDR6 may be around for years to come, but first we have 16Gbps GDDR6 on the near-term roadmaps. And by the time NVIDIA is ready with a new generation of video cards, even a small bump in memory bandwidth will go a long way towards feeding a ever wider and more powerful GPUs.