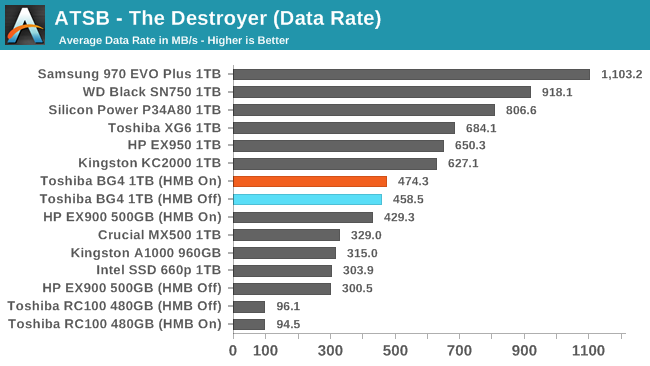 The Toshiba/Kioxia BG4's overall performance on The Destroyer is pretty good for an entry-level NVMe SSD; it clearly outperforms the Intel 660p and the Phison E8-based Kingston A1000, and is several times faster than the BG3-based RC100. The Host Memory Buffer feature doesn't have much impact on the BG4's performance, reflecting the fact that this test touches a lot of data without much locality. 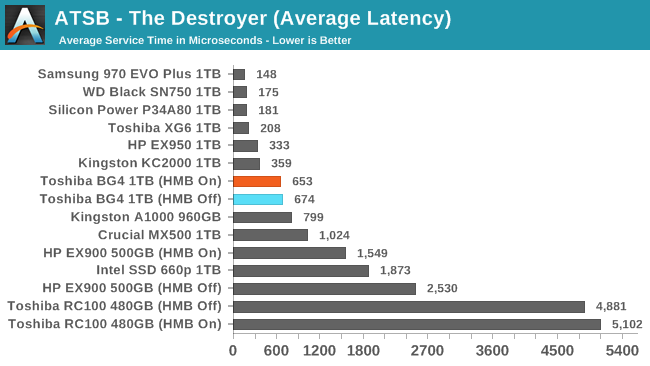 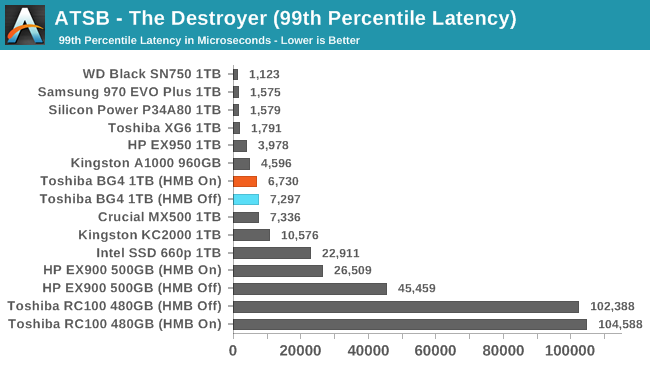 The BG4 doesn't have the latency troubles that other low-end SSDs present. Both the average and 99th percentile latency scores for the BG4 are better than the Crucial MX500 mainstream SATA drive, and the average latency also beats the Kingston A1000. 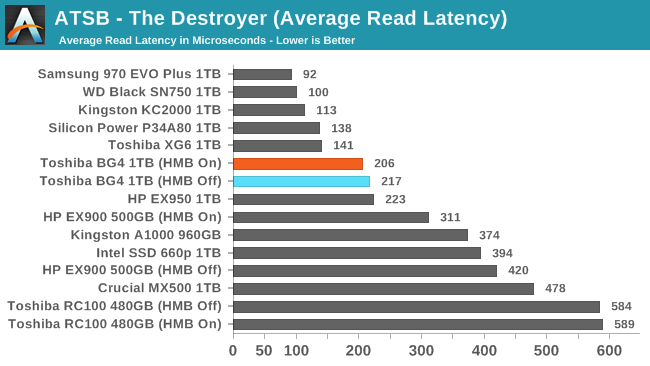 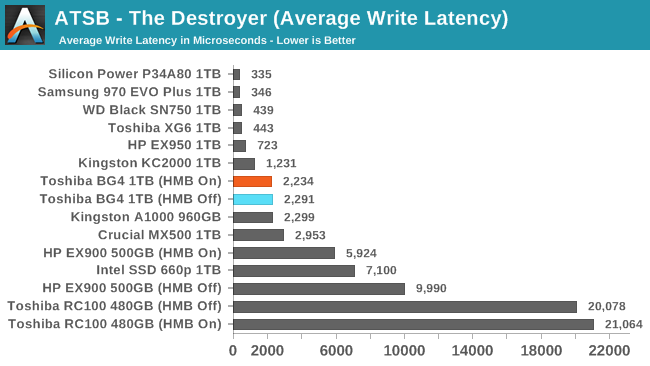 The average write latency for the BG4 during The Destroyer is clearly much higher than for the typical high-end NVMe drive, but is decent compared to other entry-level NVMe drives. For average read latency, the gap between the BG4 and high-end drives is quite a bit smaller. 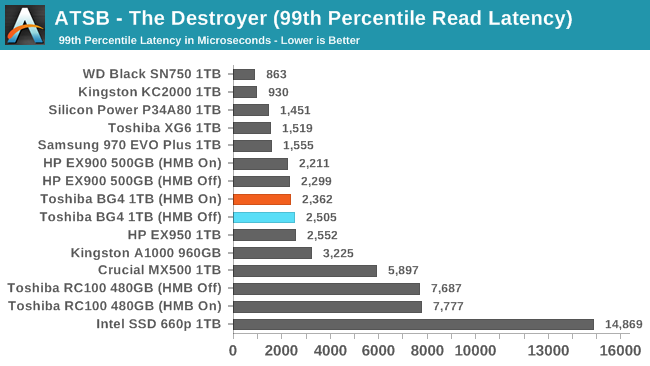 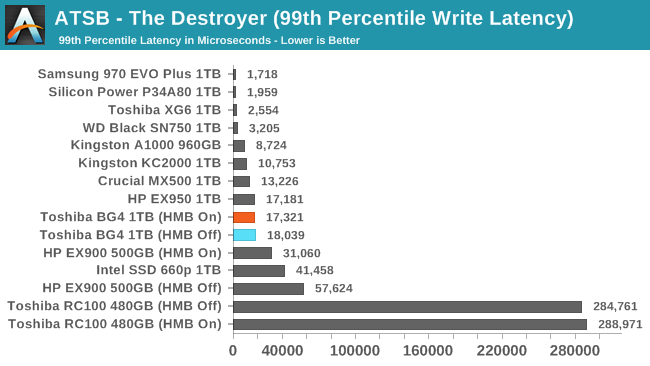 The BG4 turns in good scores for both 99th percentile read and write latencies. The write score in particular is a huge improvement over the BG3/RC100's terrible worst-case performance. 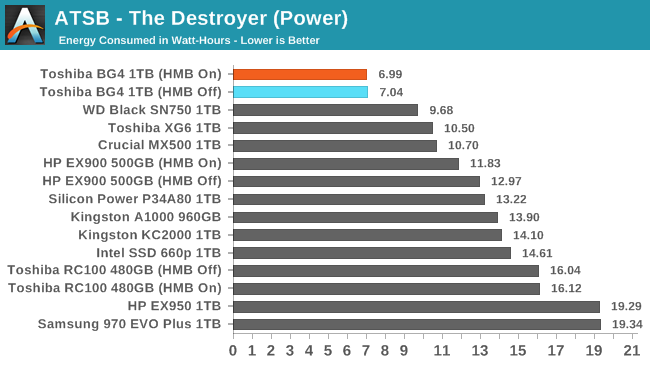 The Toshiba BG3/RC100 had pretty low power consumption, but took forever to complete The Destroyer and its total energy usage ended up being quite high. The BG4 doesn't have the performance problems, and as a result it comes away with a record-low energy usage score. Even fast and notably efficient drives like the XG6 and WD Black don't come close.