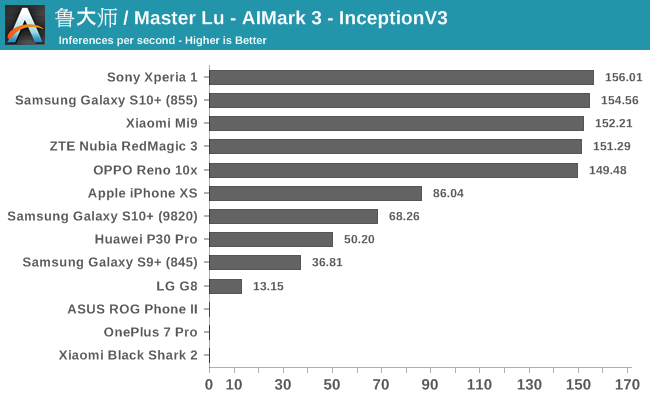 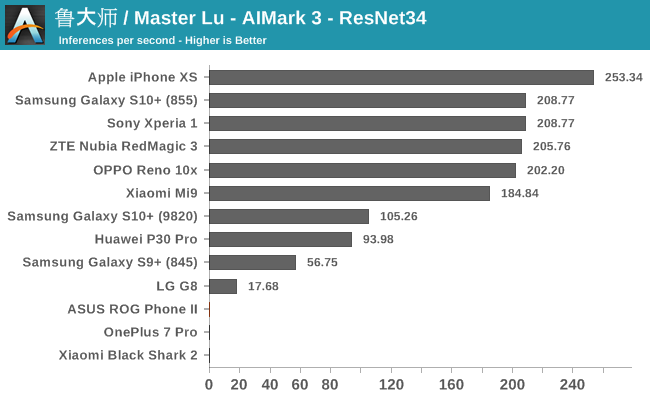 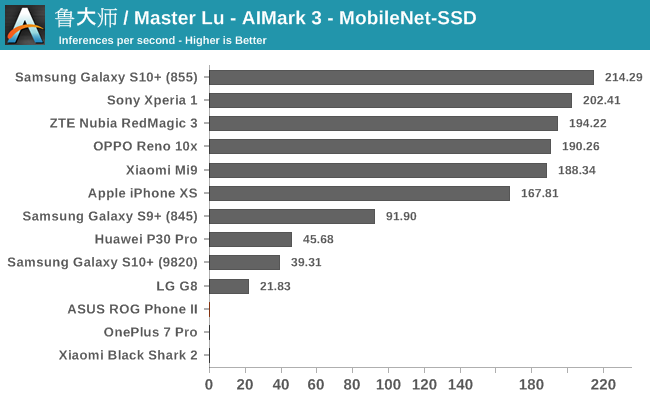 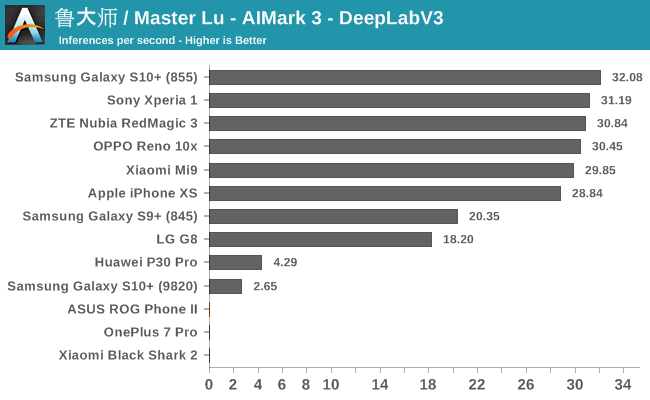 Unfortunately for the ROG Phone II, it’s another device that’s lacking the proper Qualcomm proprietary libraries that AI Mark makes use of, ending up not being in the charts anywhere as the application couldn’t start. 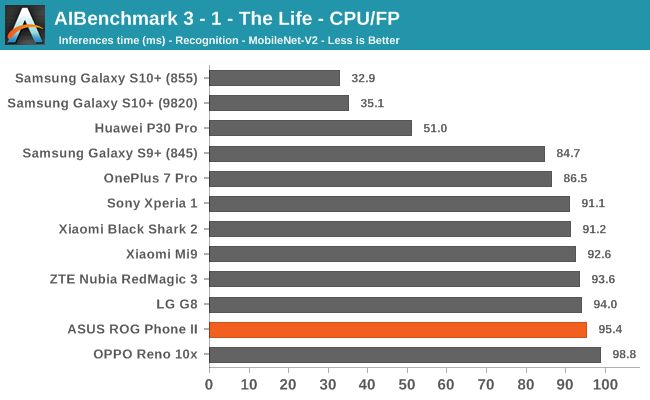 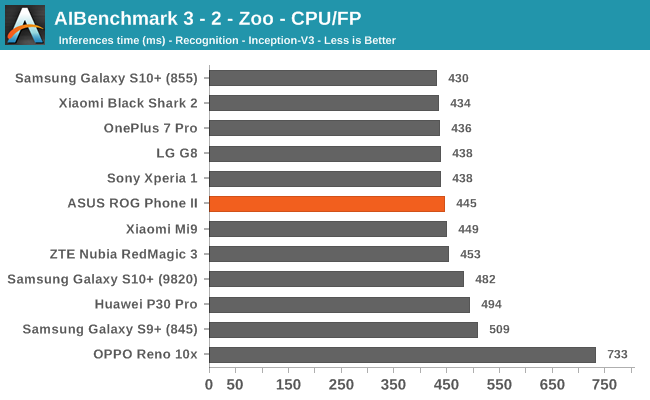 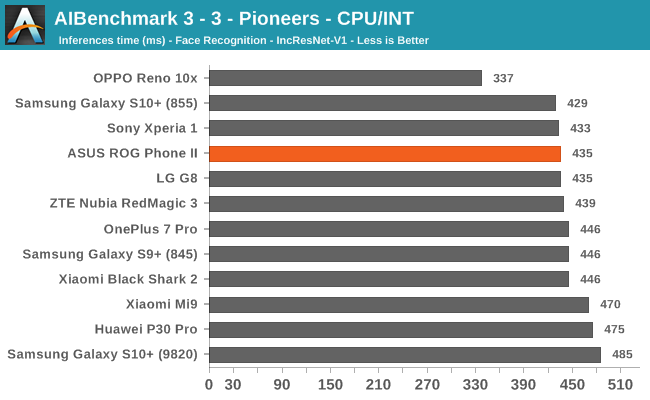 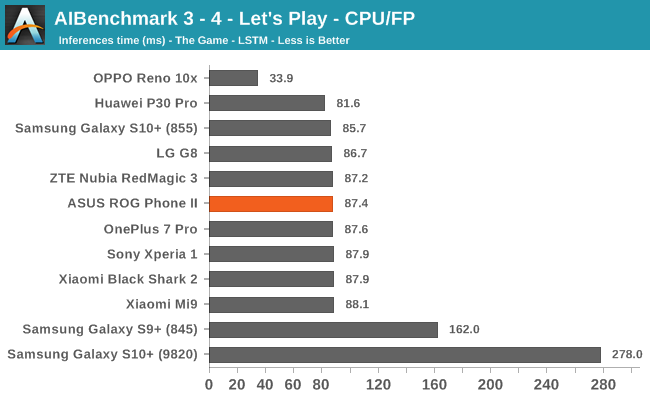 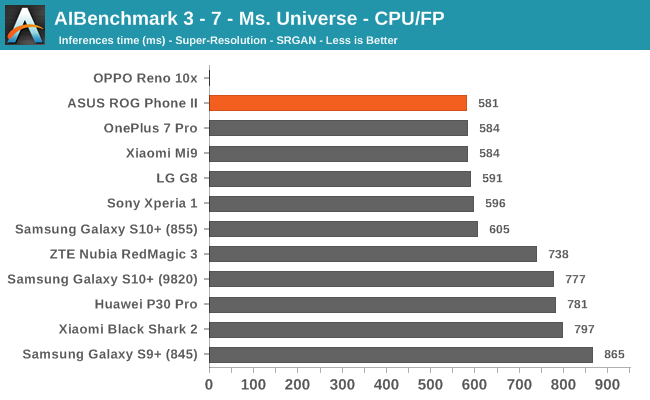 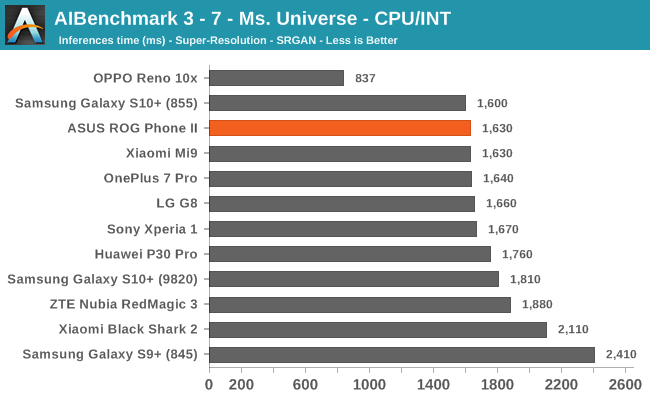 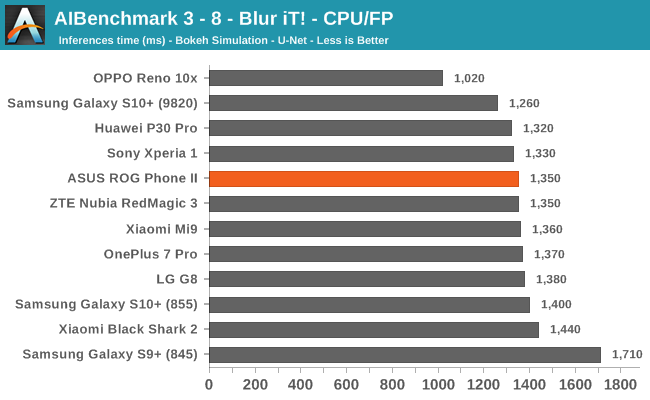 We performed the AI Benchmark tests in the default mode of the phone, and here the ROG Phone II lands relatively in average to better than average amongst S855 devices. 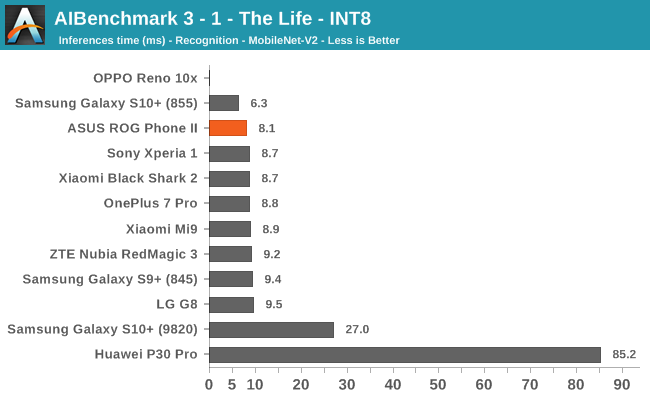 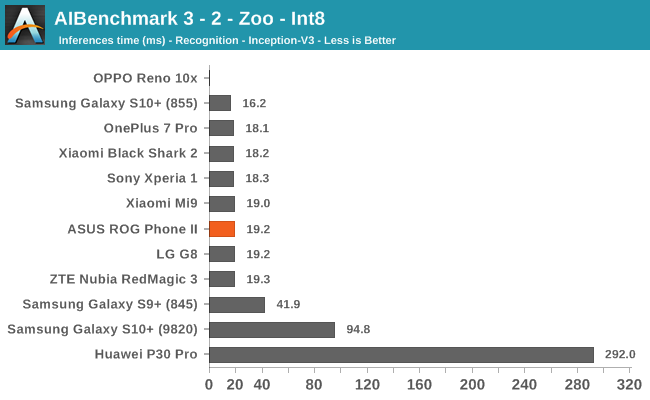 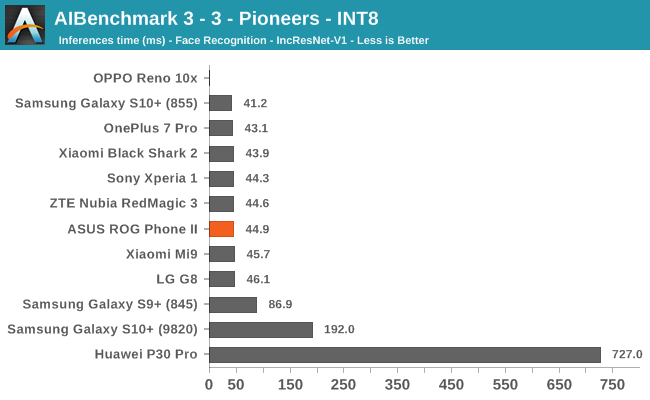 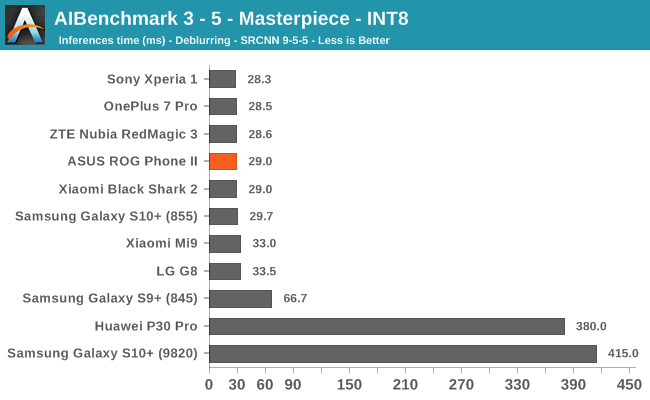 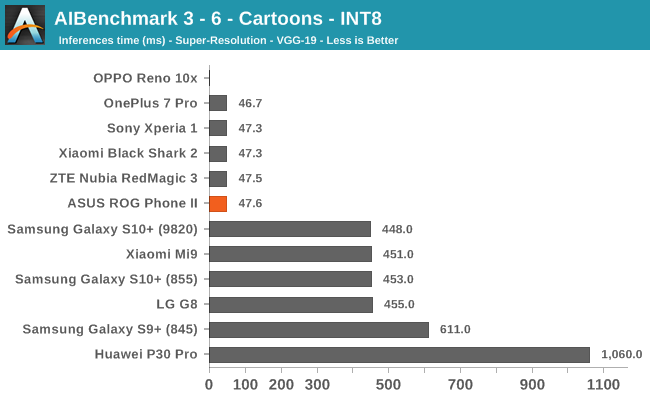 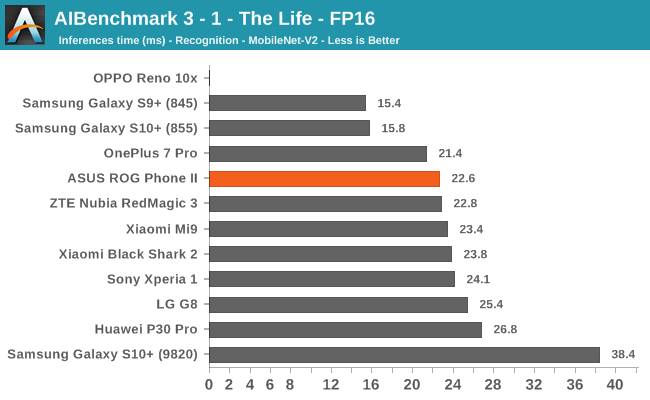 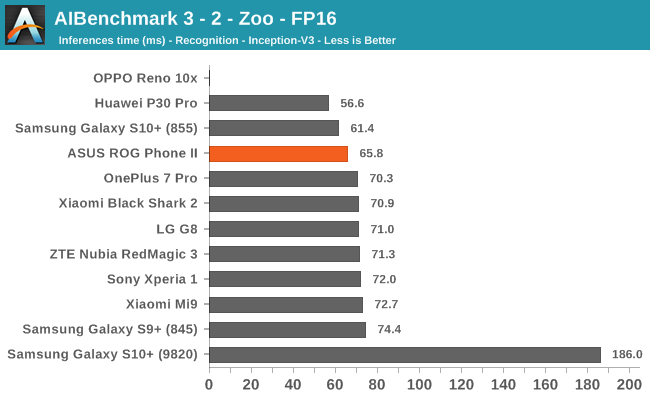 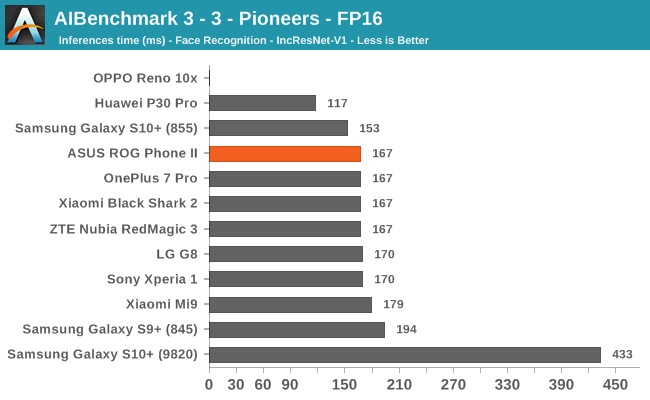 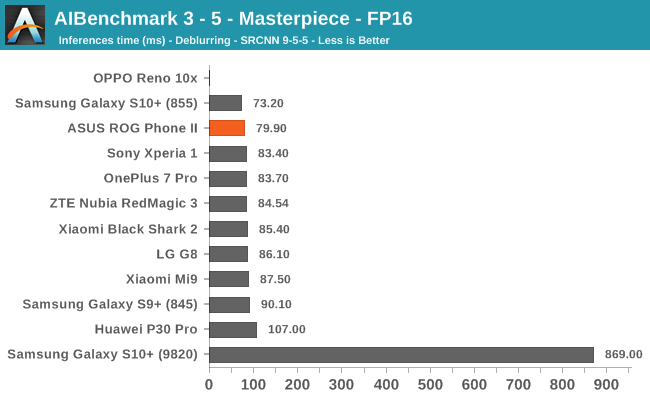 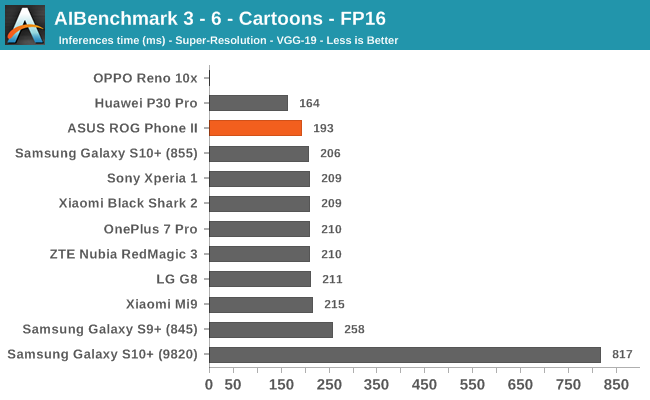 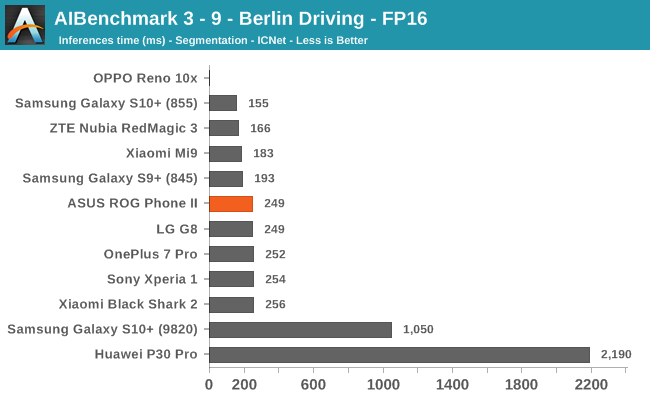 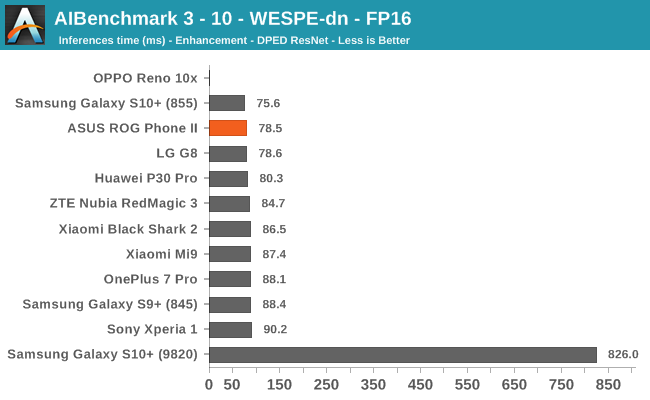 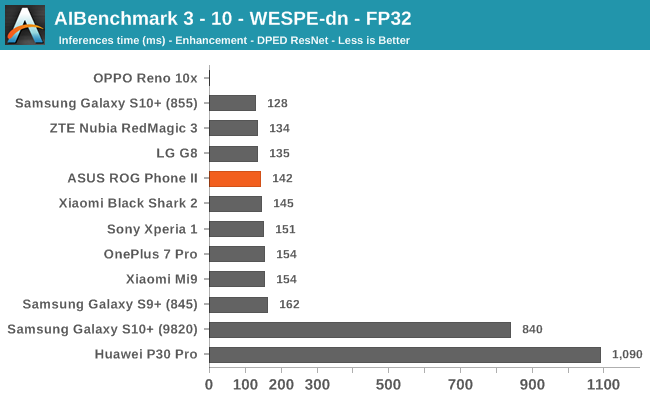 The same conclusion can be had of the INT8, FP16 and FP32 scores. It’s odd that the FP32 scores aren’t better than that of the competition as the workload is accelerated by the GPU, and we had expected the S855+’s higher GPU frequency to have a larger impact on this score.

We also have to note that if it weren’t for a very recent firmware update from ASUS we wouldn’t be able to publish any AI benchmarks at all, as it previously lacked the proper NNAPI drivers. As such, it seems that this aspect was pretty much just an afterthought for the phone rather than something that was on a critical to-do list.