Unfortunately, as I mentioned earlier in my testing observations, the state of AMD's OpenCL driver stack at launch is quite poor. Most of our compute benchmarks either failed to have their OpenCL kernels compile, triggered a Windows Timeout Detection and Recovery (TDR), or would just crash. As a result, only three of our regular benchmarks were executable here, with Folding@Home, parts of CompuBench, and Blender all getting whammied.

And "executable" is the choice word here, because even though benchmarks like LuxMark would run, the scores the RX 5700 cards generated were nary better than the Radeon RX 580. This a part that they can easily beat on raw FLOPs, let alone efficiency. So even when it runs, the state of AMD's OpenCL drivers is at a point where these drivers are likely not indicative of anything about Navi or the RDNA architecture; only that AMD has a lot of work left to go with their compiler.

That said, it also serves to highlight the current state of OpenCL overall. In short, OpenCL doesn't have any good champions right now. Creator Apple is now well entrenched in its own proprietary Metal ecosystem, NVIDIA favors CUDA for obvious reasons, and even AMD's GPU compute efforts are more focused on the Linux-exclusive ROCm platform, since this is what drives their Radeon Instinct sales. As a result, the overall state of GPU computing on the Windows desktop is in a precarious place, and at this rate I wouldn't be entirely surprised if future development is centered around compute shaders instead. 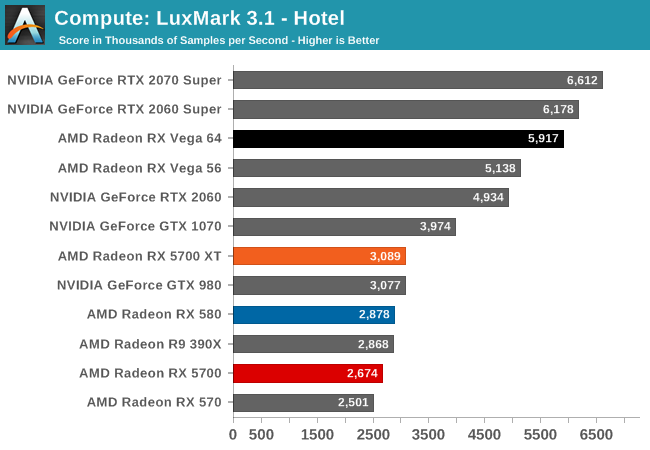 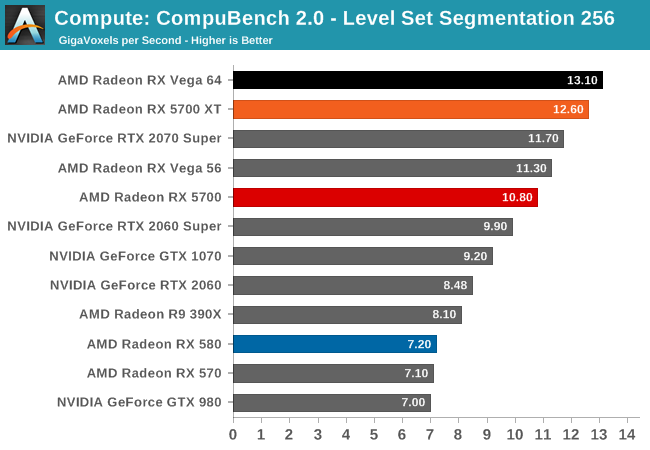 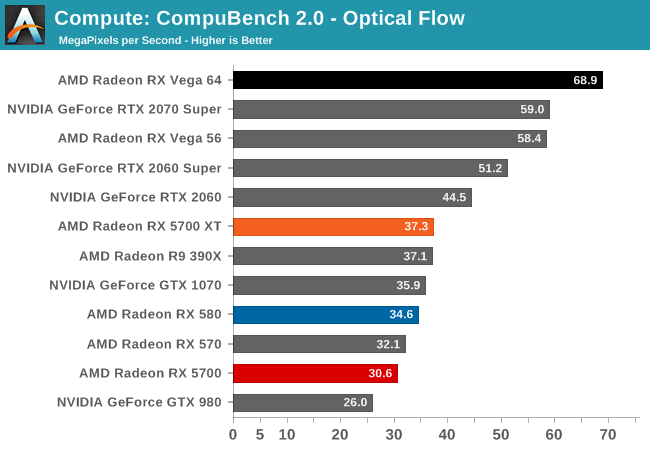