Samsung & Verizon Launch the Samsung Galaxy S10 5G in the US 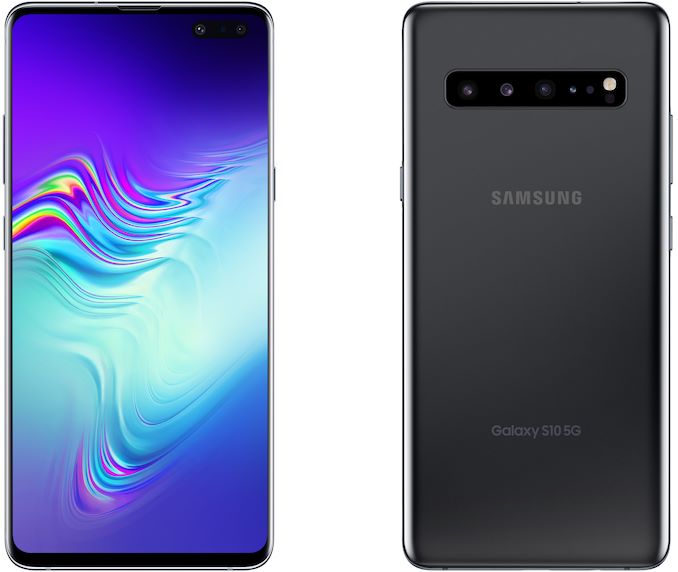 Samsung and Verizon on Thursday officially started sales of the Galaxy S10 5G smartphone in the US. The handset is immediately available exclusively with a Verizon contract whether it is bought from the carrier or from the manufacturer itself. The retail price of the Galaxy S10 5G 512 GB, which has finally been revealed for the first time, is $1399, which is $150 higher than the equivalent Galaxy S10+.

Samsung and Verizon are offering two versions of the Galaxy S10 5G: the 256 GB model for $1299 (or for $54.16 per month for 24 months) and the 512 GB SKU for $1399 (or for $58.33 per month for 24 months). The handsets will be available in Crown Silver and Verizon-exclusive Majestic Black colors. Verizon’s new and existing customers can trade in an eligible smartphone for a partial discount, while new customers can also get an additional $200 prepaid Mastercard if they switch to Verizon and meet a number of other conditions. Meanwhile on the service side of matters, Verizon will waive its $10 additional fee for 5G on its Beyond and Above Unlimited plans (that cost $50 and $60 per month, or $60 and $70 for 5G) for those who buy the Galaxy S10 5G.

The US version of Samsung’s Galaxy S10 5G smartphone is based on Qualcomm's Snapdragon 855 application processor and is paired with the Snapdragon X50 modem. The phone boasts with a 6.7-inch AMOLED display with curved edges and a 3040×1440 resolution, and a sizable 4,500-mAh battery to power all of it. Apart from a 5G-capable modem with mmWave support, the Galaxy S10 5G also has slightly better imaging capabilities than its 4G brothers as it comes outfitted with an hQVGA time-of-flight 3D sensor on its front and on its back.