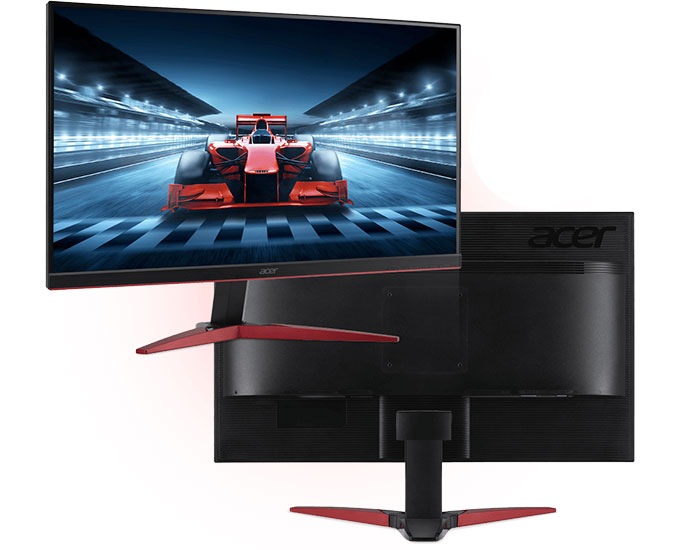 The Acer KG1 monitors rely on non-glossy Full-HD (1920x1080) TN panels featuring between 0.5 ms and 0.8 ms GtG response times, depending on exact SKU. These are blistering response times, and if the specifications listed here are accurate – and with the grain of salt that monitor response time specifications have historically been overestimated – then we're talking about panels can finish a grey-to-grey transition in as little as one-fifth the time of an actual frame update.

Meanwihle, since we are dealing with TN technology, the monitors feature a rather standard 250 – 400 nits brightness, a 1000:1 contrast ratio, as well as 170°/160° horizontal/vertical viewing angles. Acer is listing an sRGB color space for these monitors, though as they're clearly all-in on response times, we'll have to wait and see just how much of that color space they can actually cover. 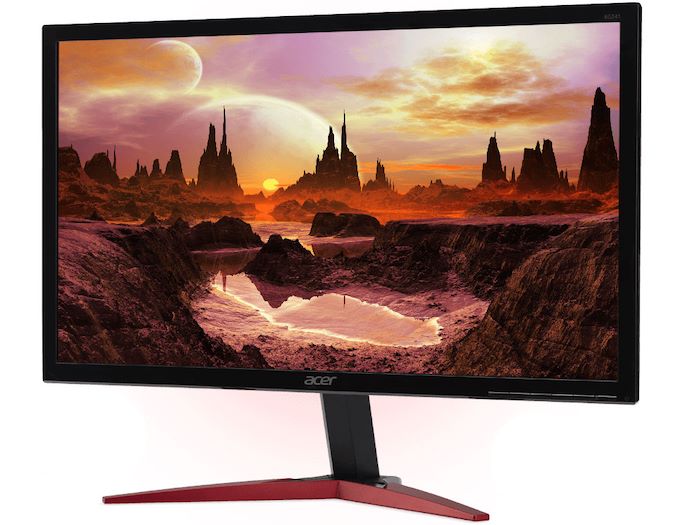 When it comes to inputs, the KG1 displays have a rather standard set of connectors, including DisplayPort 1.2 and HDMI 1.4/2.0 headers. Meanwhile, some models are also outfitted with legacy D-Sub and DVI-D connectors.

Moving on to pricing of the KG1 monitors. Being unique, Acer’s new displays with a sub-1 ms response time carry a premium price tag for Full-HD LCDs. The cheapest KG251QGbmiix model costs ¥19,000 ($169) without VAT, whereas the most expensive KG271Fbmiipx SKU is priced at ¥50,000 ($444) without taxes.

Acer Japan has not announced when the KG1 displays will be available on other markets, though it is logical to assume that the company will try to capitalize on its exclusive panels.