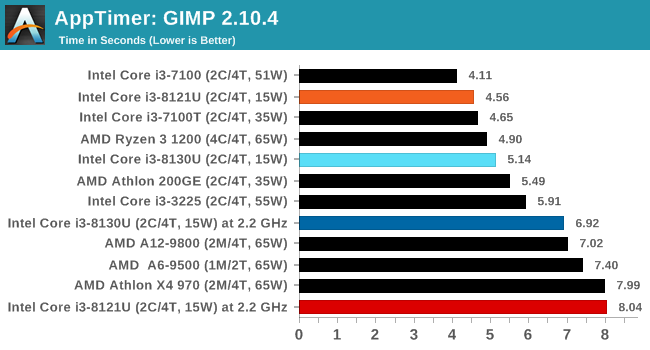 The CNL platform here does particularly well in loading software, which correlates with what I felt actually using the system - it felt faster than some Core i7 notebooks I've used. This might be down to the GPU acting on the display however. But it doesn't explain the extreme regression when we fix the clock speed. 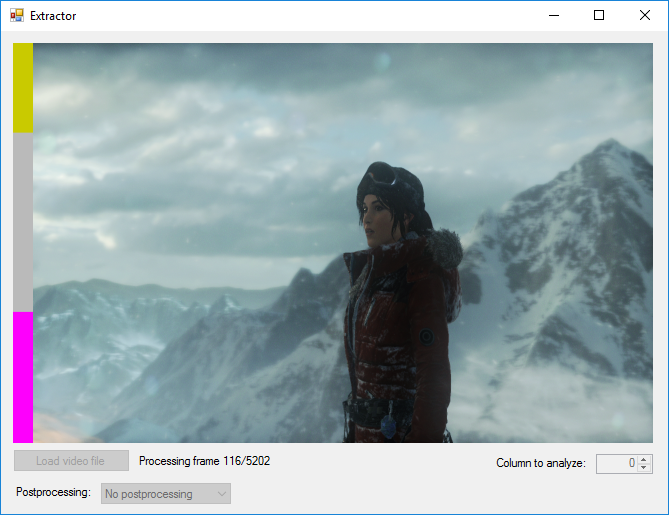 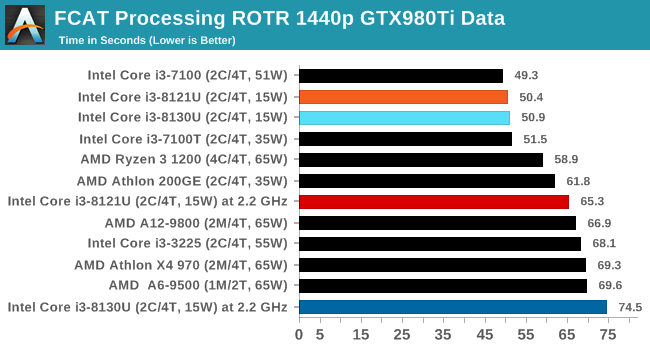 At stock speeds, both of our CNL and KBL chips score within half a second of each other. At fixed frequency, CNL comes out slightly ahead. 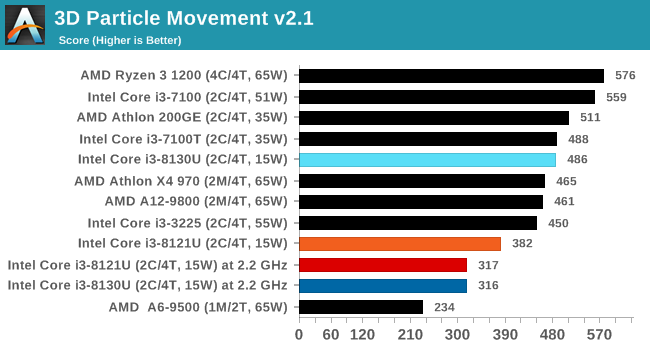 When AVX isn't on show, the KBL processor takes a lead, however it is worth nothing that at fixed frequency both CNL and KBL perform essentially the same. 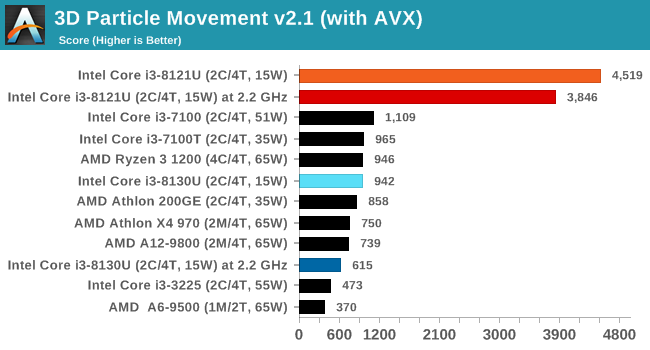 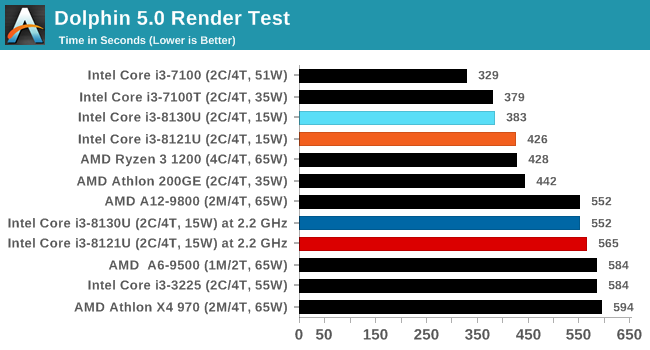 Both CPUs perform roughly the same at fixed frequency, however KBL has a slight lead at stock frequencies, likely due to its extra 200 MHz and ability to keep that frequency regardless of what's running in the background. 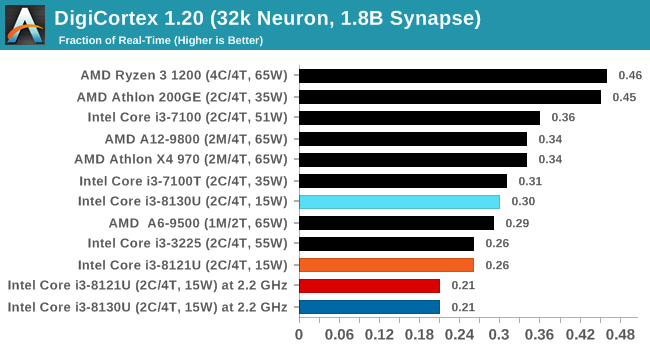 At a fixed frequency, both processors perform the same, but at stock frequencies the lower DRAM latency means that the Cannon Lake CPU only improves a little bit, whereas the Kaby Lake adds another 50% performance. 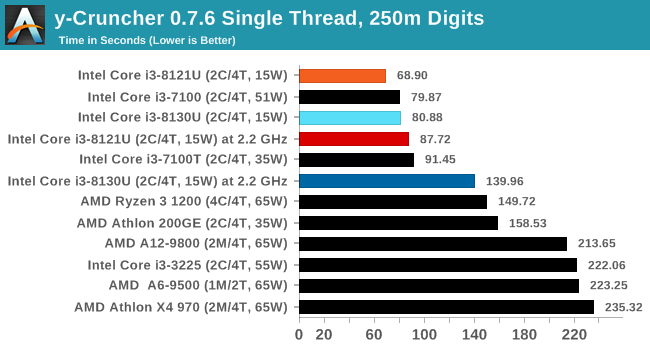 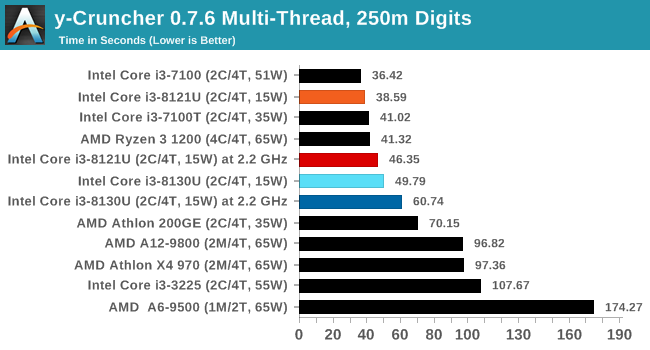 y-Cruncher is another AVX-512 test, and in both ST and MT modes, Cannon Lake wins. Interestingly in MT mode, CNL at 2.2 GHz scores better than KBL at stock frequencies. 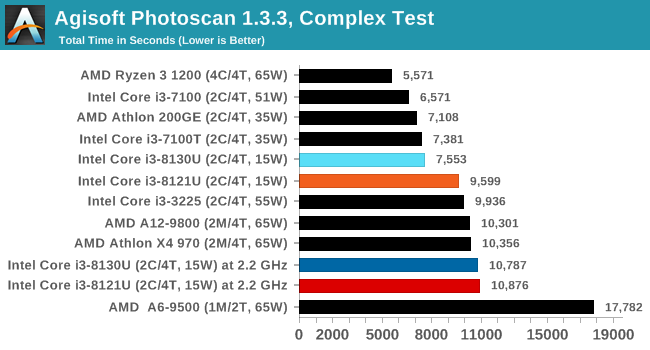 KBL takes a big lead here at stock frequencies, while at fixed frequencies the results are similar. We might be coming up against the power difference here - the KBL system has a higher steady state power limit.