Why everyone hates BTX

For the past several IDFs Intel has been pushing BTX (Balanced Technology eXtended) as the logical successor to ATX. Boasting a brand new layout along with new power supply specifications and new connector specifications, BTX is new, exciting and...experiencing quite a bit of backlash from the community.

Most critics of BTX seem to view it as a workaround to Intel's heat "problem" with their CPUs. More specifically, Prescott is a very hot CPU and is Intel's pushing of the BTX standard merely a way of making up for producing very hot microprocessors?

There's also the issue of heavy investments in ATX. Switching CPU sockets is one thing, but force people to buy all new cases, power supplies and motherboards and you're bound to get some negative response. Needless to say, since virtually everyone today is an ATX owner, the thought (and expense) of moving to BTX isn't exactly desirable.

Unlike most transitions we see in this industry, the move to BTX won't be an aggressive one. Granted you'll see newer systems shipping with BTX platforms, but as is very evident by the showing at Computex, the vast, vast majority of produced in the next year will continue to be ATX. As we've reported in our earlier coverage, there were only two BTX motherboards shown off at the show floor at Computex - not exactly signs of an overwhelming technology push. To Intel's credit, pushing for a brand new form factor is mostly like pulling teeth...underwater, with tweezers - it's not easy.

There are other complaints about BTX, one major one being that Intel seems to be the only one interested in pushing it, which further supports the conspiracy theory that it's just a way to deal with their extremely hot processors. One possible limitation is that BTX's layout isn't exactly very friendly to AMD's on-die memory controller; look at the picture below of a BTX motherboard and note the difficulty in running equal length traces from the CPU to the memory banks. It's not impossible and there are companies that have developed methods around trace length matching that could come in handy here, but needless to say that no AMD motherboard manufacturer is too eager to design an Athlon 64 BTX motherboard at this point. It will most likely require AMD's engineering intervention to develop a properly laid out BTX motherboard for Athlon 64 before we start seeing platforms, and with Intel driving the standard it is highly unlikely that AMD is going to be a champion of it this early in the game. After all, although AMD can benefit from a cooler running platform, they are in much less need of it than Intel at this point; plus, why not make Intel's job as hard as possible? It's only fair. 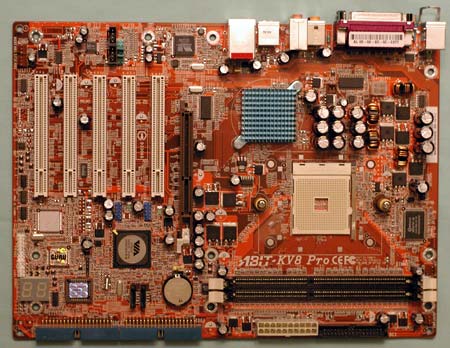 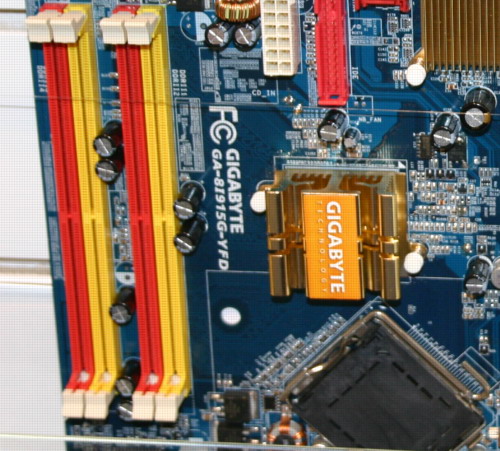 BTX requires the CPU to be at the "front" of the motherboard, with the chipset behind it. Without moving the CPU to the middle of the motherboard, BTX provides some interesting challenges for AMD's on-die memory controller. A direct, equal length path to the memory banks is much easier to implement than this sort of a layout.

With all of the negativity and complaints aside, like it or not, BTX is coming and it will bring a lot of positives with it. Smaller form factors (although not as small as the ones championed by Shuttle), cooler internals and quieter overall systems are all benefits that cannot be ignored. Intel has put in a significant amount of engineering work into designing BTX and we do believe that it has the potential to deliver on its promises once designs hit the market. But the real question is when? We just mentioned that the transition will be a slow one, but in order to ease the fears of the market Intel managed to round up a bunch of BTX motherboards and display them at their showcase here at Computex. What's interesting is that these boards weren't shown off at the individual manufacturer's booths for the most part, indicating that they are not exactly top priority for these manufacturers. That being said, the board designs were available for us (read: our camera) and thus we bring you some of the very first BTX motherboards from ASUS, Gigabyte, MSI and more...