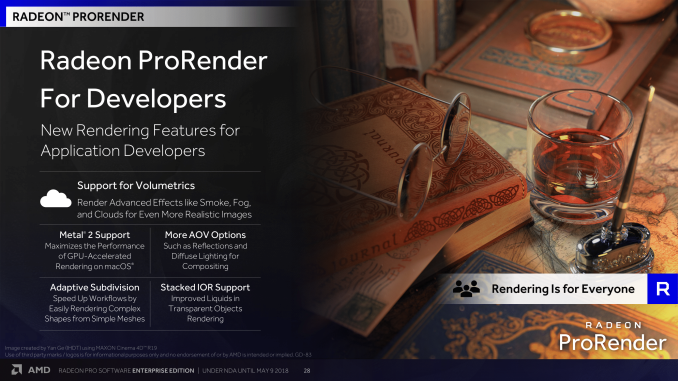 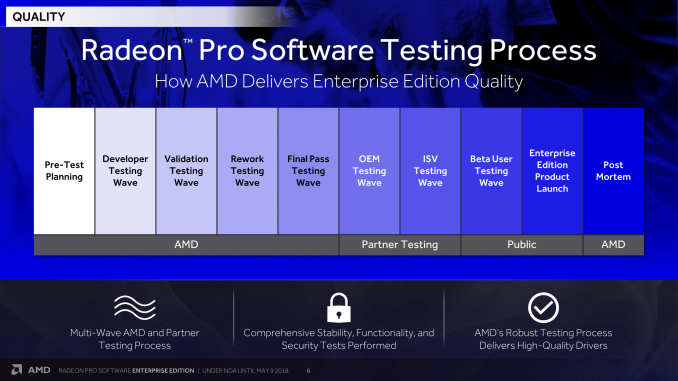 More so than the usual amount, AMD also stressed their enterprise driver testing process and some of the results gained from it, citing 2017 data. Given that AMD only started rolling out their new enterprise drivers in October 2016, the company is now able to look at a full year’s worth of feedback and issue reports. 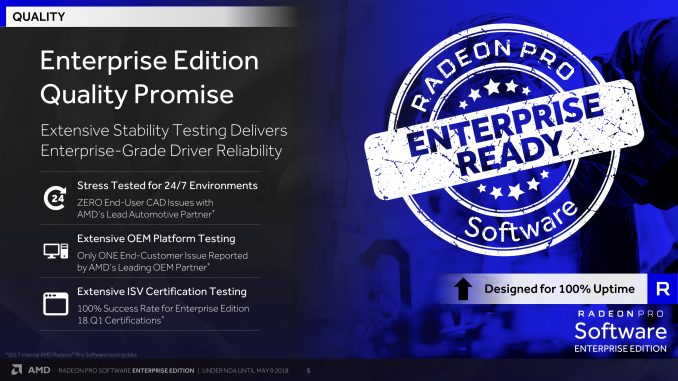 Meanwhile, for performance improvements, AMD is citing year-over-year uplifts in professional application performance compared to 17.Q2, with around 12% to 47% increases as tested using SPECapc and SPECviewperf. For Dassault Systèmes CATIA specifically, AMD saw 38% to 100% speedups in model benchmarks.

In a more general sense, these uplifts can compound over time and lend older products like the AMD FirePro W7100 a new lease on life. AMD is presenting this data like so: updating a FirePro-era driver to a Radeon Pro Enterprise era driver on the Tonga-based W7100 (Radeon R9 285) increases performance to the same degree that upgrading to the Polaris-based Radeon Pro WX7100 (RX 480) will, and also to the same degree if you had upgraded the Pitcairn-based W7000 (Radeon HD 7870 GHz Ed.) to the W7100. 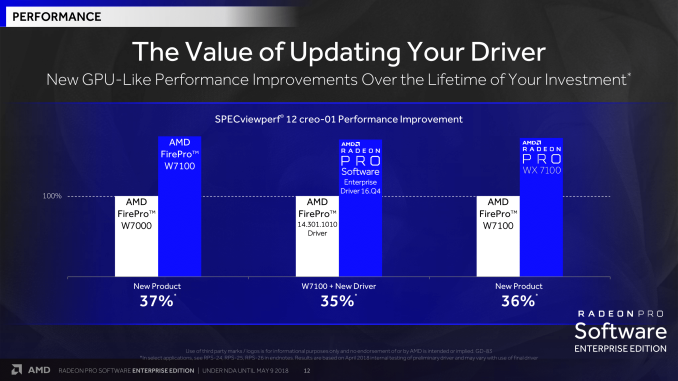 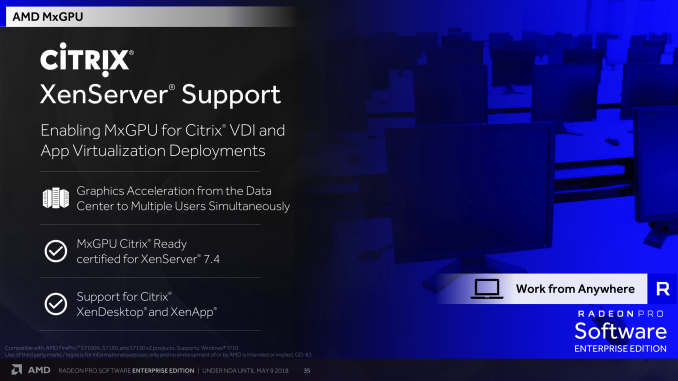 Meanwhile, their Guest Interface Manager (GIM) open source KVM host OS driver remains available on GitHub as a technical preview and the guest drivers have not been updated since Adrenalin Pro 17.12.2.

Wrapping things up, 18.Q2 comes with only two documented bugfixes:

AMD notes that Multi-GPU Eyefinity Pro on Windows 10 is not currently supported on any hardware for 18.Q2.

Note that certified Radeon Pro drivers for ISV applications can be found on AMD's website.

The updated drivers for AMD’s professional workstation GPUs are available online at the AMD’s professional graphics driver download page. Driver hotswapping ("Driver Options") is not available with multi-GPU configurations, with the Radeon Pro Duo Polaris, and for mobile platforms. Details on AMD’s Radeon Pro desktop workstation graphics cards can be found here. More information on this update and further issues can be found in the Radeon Pro Software Enterprise Edition 18.Q2 release notes.