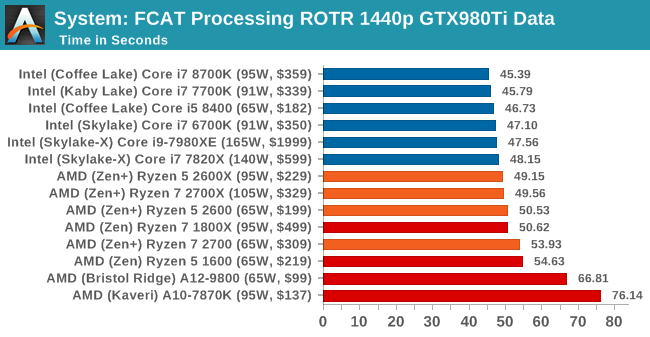 FCAT is a purely single threaded task, and it takes benefits from the top frequency parts and high IPC from Intel. On the AMD front, the Ryzen 5 parts are scoring better than the Ryzen 7 parts, but are within an error margin.

Many emulators are often bound by single thread CPU performance, and general reports tended to suggest that Haswell provided a significant boost to emulator performance. This benchmark runs a Wii program that ray traces a complex 3D scene inside the Dolphin Wii emulator. Performance on this benchmark is a good proxy of the speed of Dolphin CPU emulation, which is an intensive single core task using most aspects of a CPU. Results are given in minutes, where the Wii itself scores 17.53 minutes (1052 seconds). 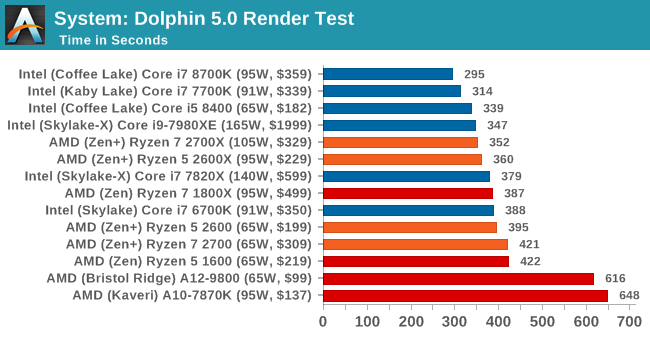 Dolphin is also a single threaded test, and has historically had benefits on Intel CPUs. The new Ryzen-2000 series, with extra IPC and frequency, are pushing ahead of Intel's Skylake parts. 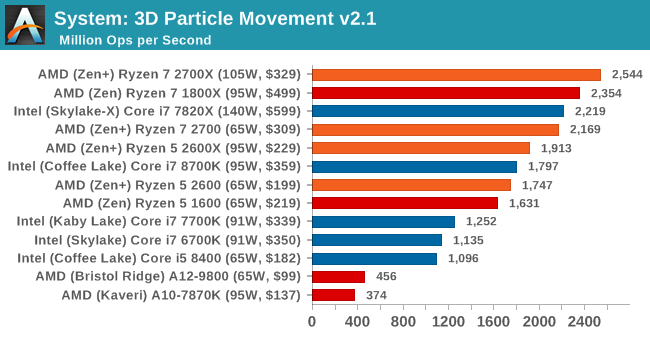 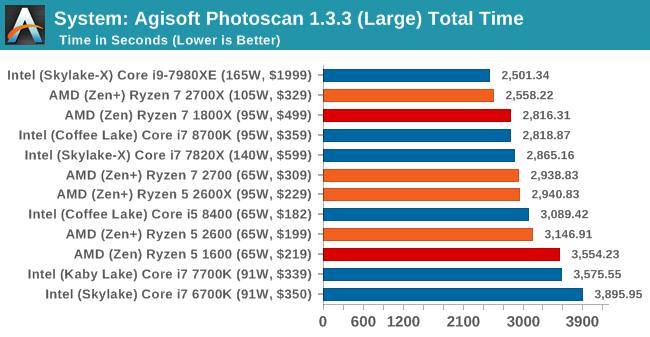 Photoscan is a variable threaded test, and time improvement from the 1800X to the 2700X shows the extra TDP and Precision Boost 2 can literally shave minutes from a test. Intel's slower mesh architecture of Skylake-X on the 8-core 7820X compared to the ring architecture of the Coffee Lake 8700K means that the two fewer cores on the 8700K allows them to draw level, but they are still four minutes or so behind the Ryzen 7 2700X. The big 18-core Intel CPU, the i9-7980XE, is needed to win here.

Our Civilization AI test uses the steam version of Civilization 6 and runs the in-game AI test to process 25 rounds of an example end-game. We run the benchmark on our GTX 1080 at 1080p Medium to ensure that rendering is not a limiting factor, and the results are given as the geometric mean of the 25 rounds in the test, to give the average time to process one round of AI. 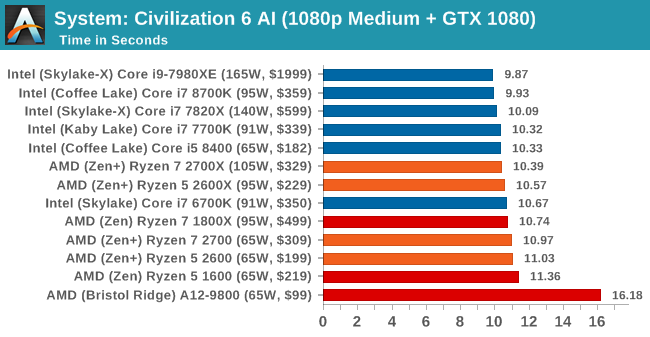 Parts of the AI test can use multiple threads, however the extra single core performance on Intel does push those parts into the lead.