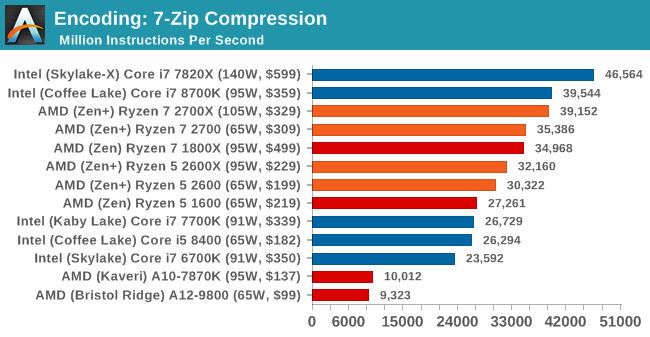 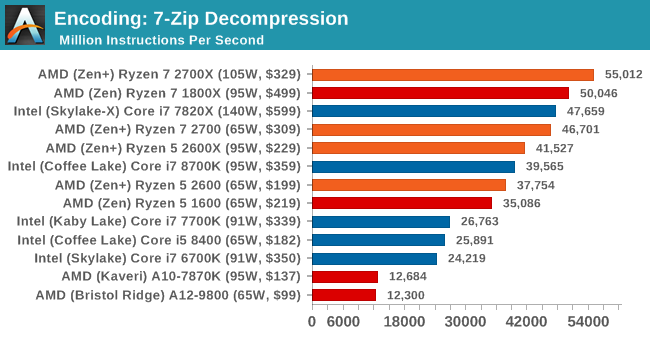 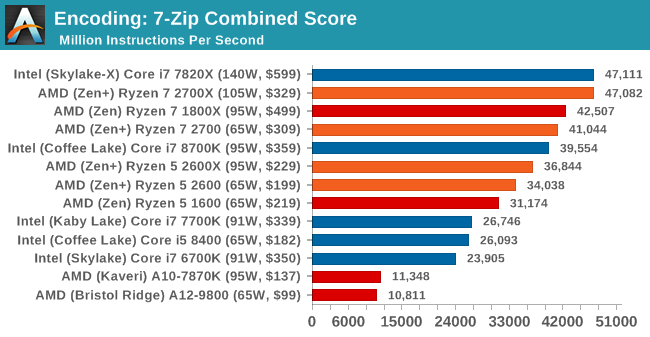 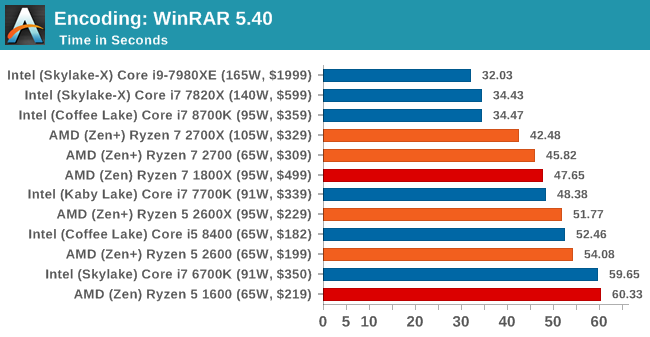 WinRAR requires a good memory base, so we see the quad-channel processors heading up the pack. The high IPC of the Core i7-8700K also does well. 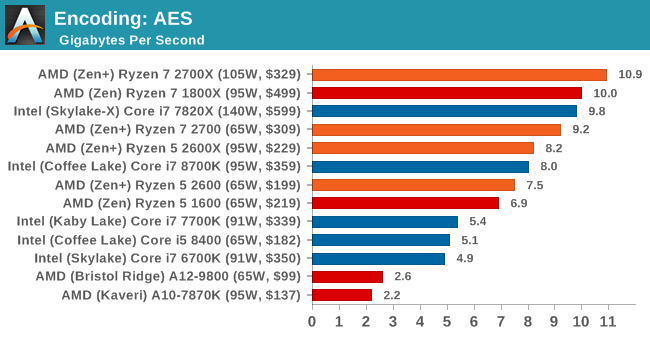 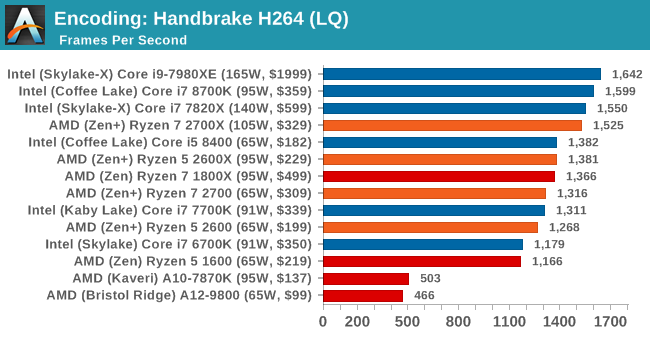 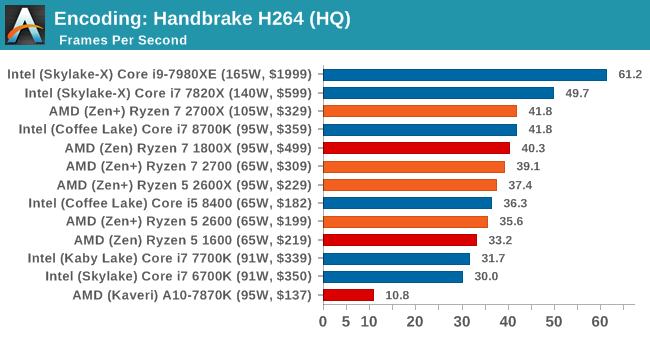 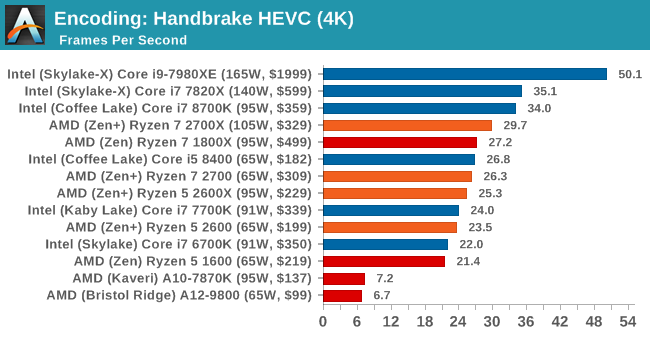 For HandBrake video encoding of large frames, there is a bump with the new Ryzen-2000 series processors over the previous generation, however there is still a gap up to the Core i7-8700K. The Core i5-8400 puts in a good showing here, above all but the best Ryzen parts.