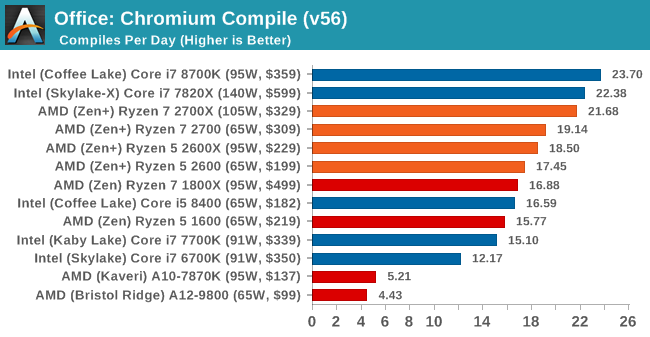 Having redone our compile testing, we can see that the new Ryzen-2000 series parts do provide a good uplift over the first generation, likely due to the decreased cache latencies and better precision boost. Performance per dollar between the 8700K and the 2700X would seem to be about equal as well. 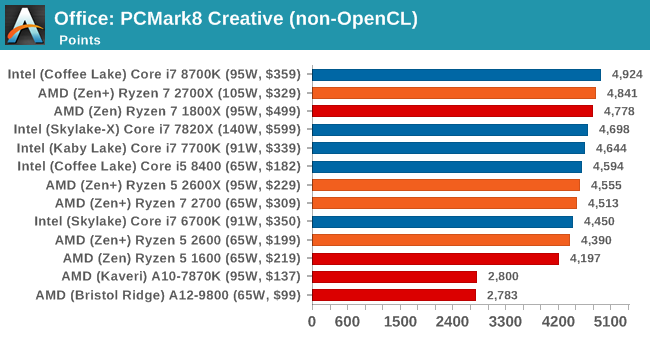 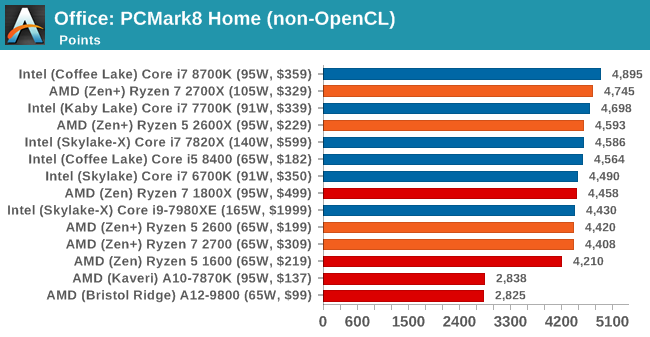 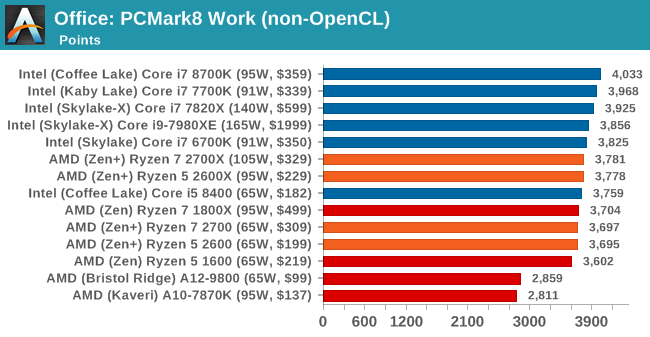 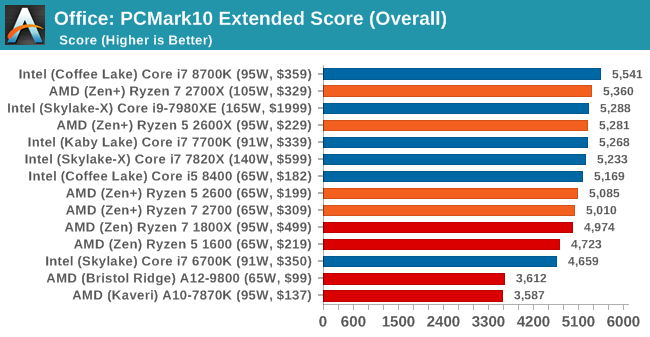 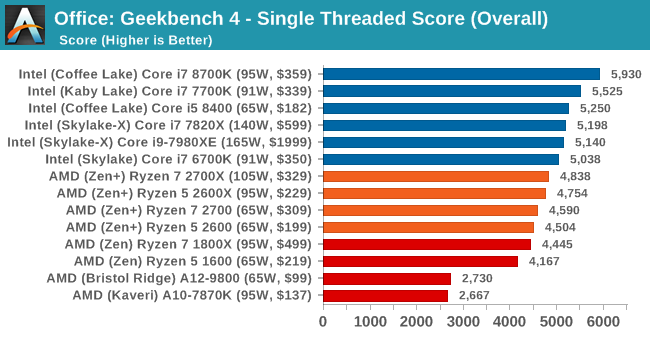 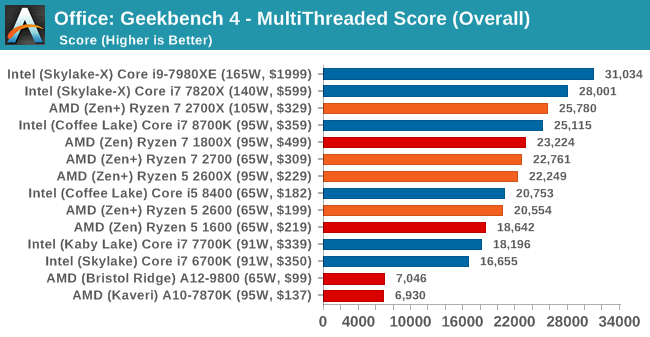 If you live and breathe GeekBench 4, then the single threaded results put Intel firmly in first place. For the multi-threaded tests, the top Intel and AMD mainstream parts are going at it almost neck-and-neck, however it is clear that the previous generation quad-cores are falling behind.