The power consumption of the NUC8i7HVK at the wall was measured with a 4K display (LG 43UD79B) being driven through the HDMI port in the rear. In the graphs below, we compare the idle and load power of the system with other high-performance SFF PCs that we have evaluated before. For load power consumption, we ran our own custom stress test (Prime95 and FurMark) as well as the AIDA64 System Stability Test with various stress components, and noted the maximum sustained power consumption at the wall. 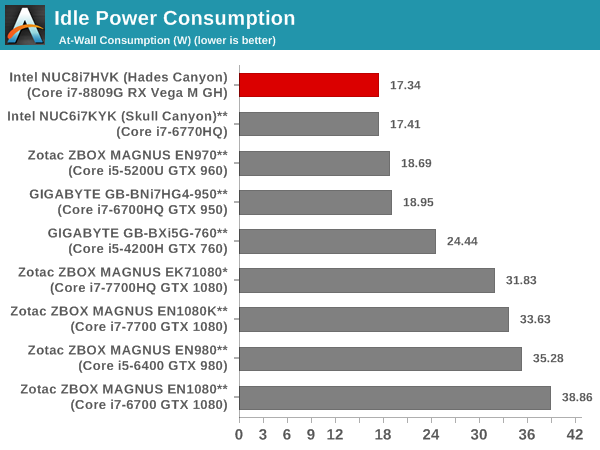 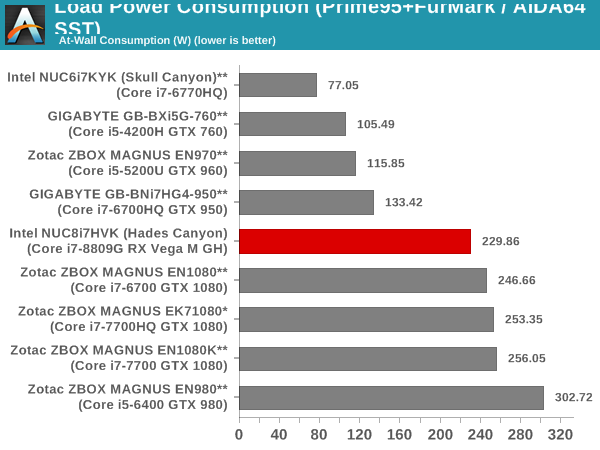 The power efficiency is pleasing - not only does the NUC have the lowest idle power, it also comes in the middle of the pack from a loading perspective (closer to the systems with the 65W TDP desktop processors).

The cores manage to consistently stay above the rated clock (3.1 GHz) under all loading conditions. Given the higher power level (65W) that the CPU is configured for, we find that it stays close to 3.9 GHz till the CPU die starts to approach the 100C junction temperature. The thermal solution manages to easily keep the die below Tjmax while operating the cores at the rated clock. 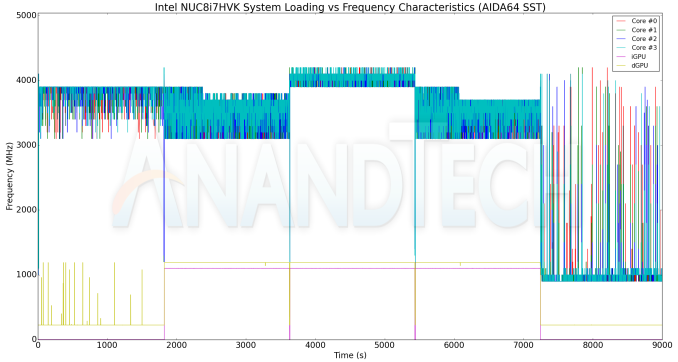 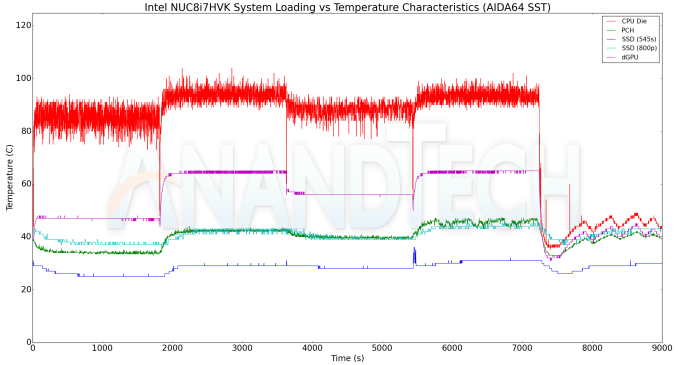 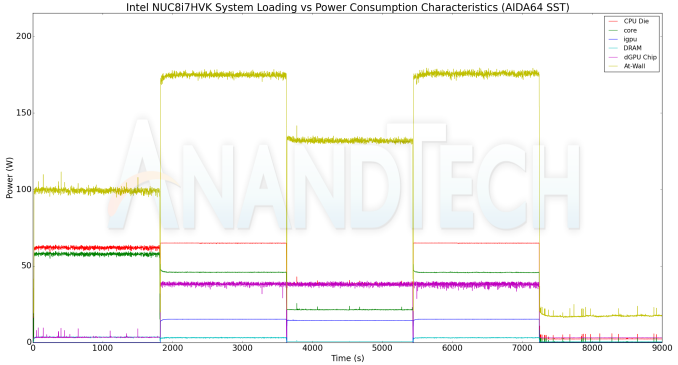 We repeated the same observations with our legacy stress test using the latest versions of Prime95 and Furmark. Prime95 immediately pushes the core clocks to the rated speed (3.1 GHz) with infrequent spikes to 3.9 GHz, and this allows the cooling solution to maintain the CPU die at around 80C. However, adding Furmark to the mix stresses the solution, and makes it unable to prevent the die from approaching the 100C junction temperature. At that point, we see more aggressive scaling back of the cores' frequency to the rated speed. 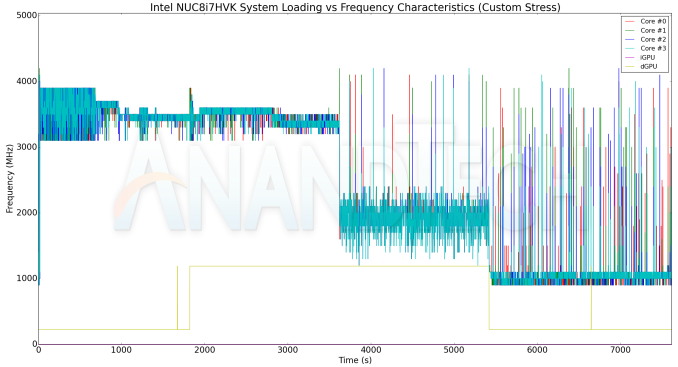 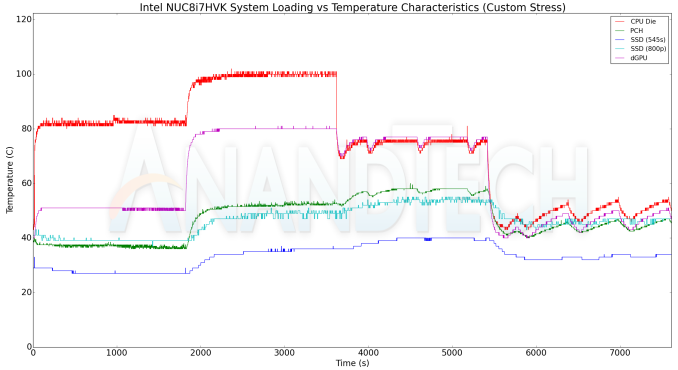 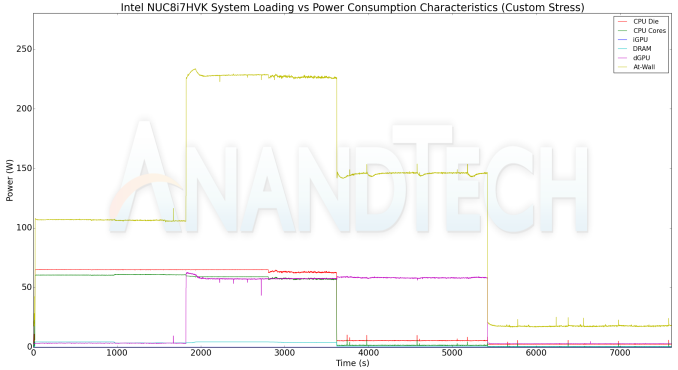 The combination of Prime95 and Furmark makes the at-wall power consumption to go as high as 230W. However, the component power readings from the monitoring programs still show only 65W for the CPU die and around 60W for the Radeon GPU.