Consumer Electronics Show 2004 Day 3 - And now, the rest of the story

Over at the Leadtek booth we were able to take a peak at a PCIExpress version of the NVIDIA GeForceFX 5200. NVIDIA won't be releasing GPUs with native PCI Express initially, but will rely on bridged solutions to handle the translation from the multiple serial busses to the cards native AGP interface. In the image below, we can see that the bridge chip has a heat sink on it. We were unfortunately unable to coax anyone into letting me pull the black metal off for a picture of the bridge chip itself. 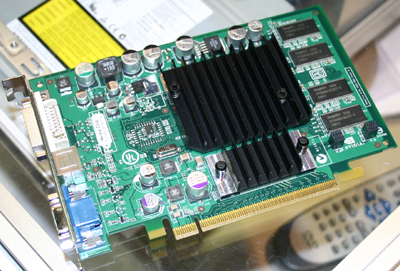 Though we didn't demo the device at the show, the head mounted binocular display looked pretty cool. 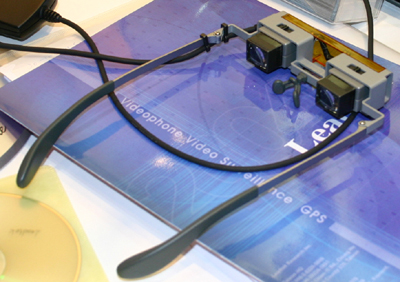