The original Surface Book we tested was the Core i5 model, and it offered amazing battery life that the Core i7 model with a discrete GPU couldn’t quite match. With the Surface Book 2 15, the battery capacity has increased, although so has the display size and resolution, so it’ll be interesting to see how that impacts the results. 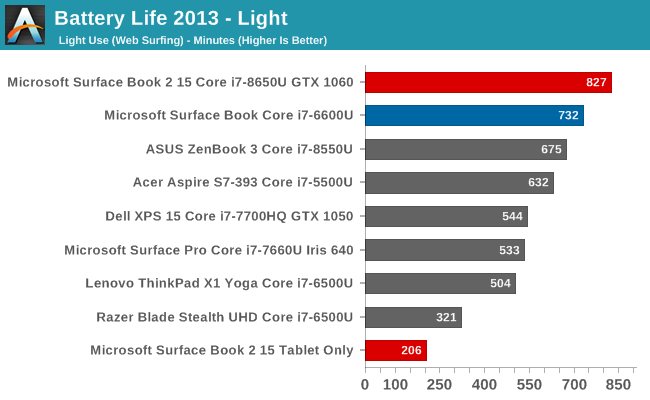 You feel kind of greedy when you feel like almost 14 hours of browsing isn’t enough, but it felt like the Surface Book 2 might really set a new record with the large 85 Wh of battery capacity. The new model handily outperforms the outgoing Surface Book Core i7 though, despite the larger display and higher resolution. 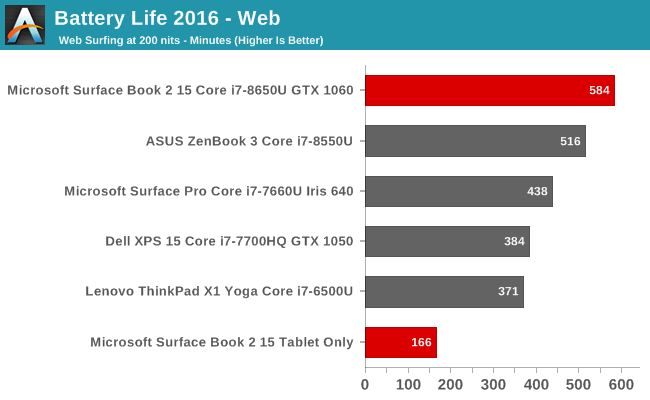 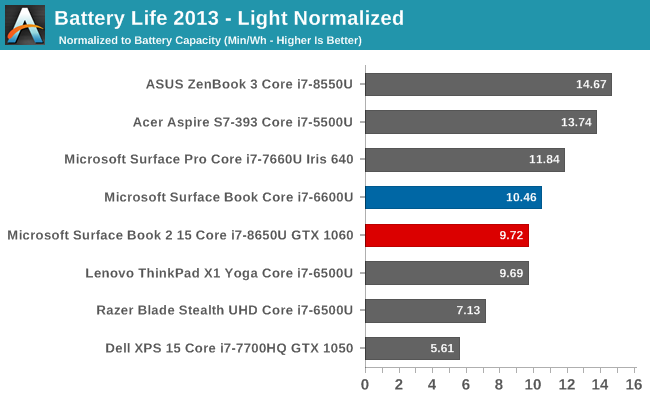 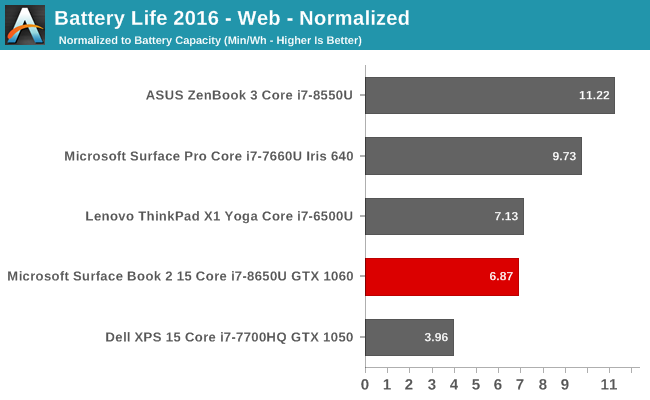 By removing the battery capacity from the equation, we can see the efficiency of each device. Here, the larger battery size is removed, and the Surface Book 2 ends up about midfield. The larger display and higher resolution of the display are a significant impact on the battery life. 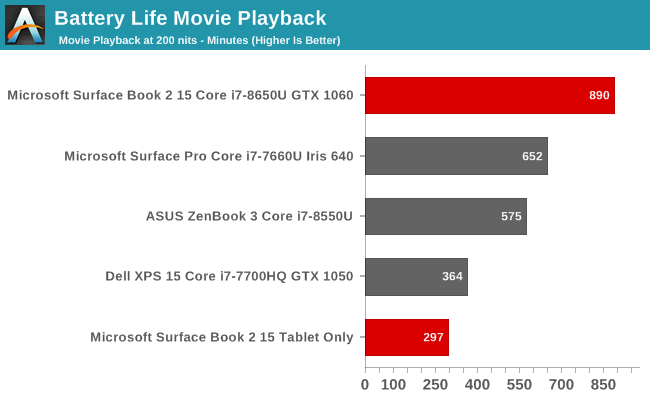 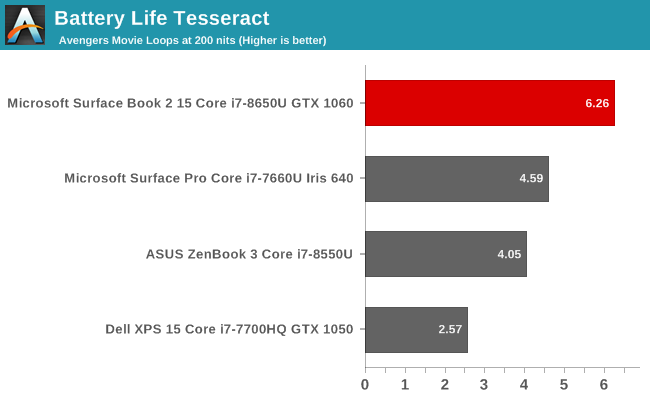 When playing back a movie, the CPU can offload the task to fixed function hardware, so the overall power usage goes down even further than normal. The Surface Book 2 offers tremendous battery life at this task, coming in at close to 15 hours.

This would let you play The Avengers over six times on a single charge. That should be enough for almost any scenario.

With just the tablet, the battery life is still almost five hours of movie playback, which is certainly usable, although I doubt most people would use just the tablet to watch movies due to the size of it.

Despite the larger battery, the 100-Watt AC Adapter charges the battery quite quickly, and both batteries are full in under three hours. 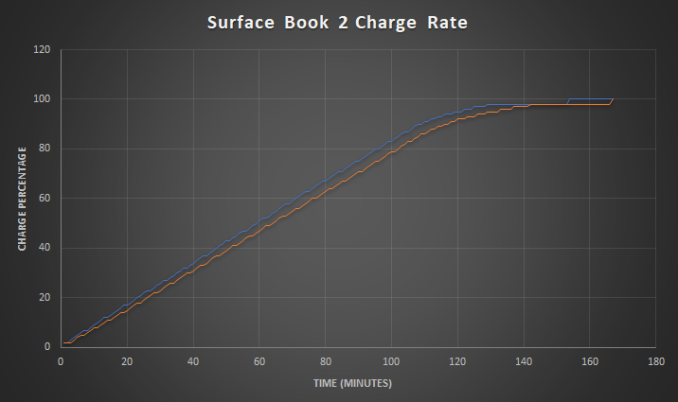 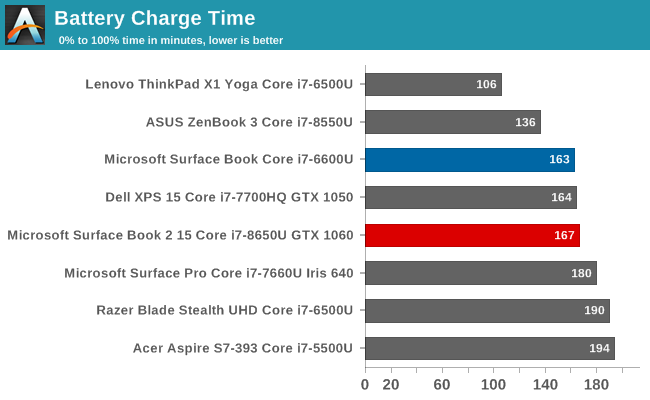 Both batteries charge at the same time, and are almost in lock-step with each other in terms of charge, despite the difference in capacity.

For those interested, the bottom of the tablet features the same Surface Connect port, so you can charge the tablet away from the base if necessary, although most of the time it would be charged when docked.