As one of the main features of Adrenalin, Radeon Overlay is a little difficult to sum up neatly. It’s essentially an in-game/desktop overlay of certain Radeon Settings options and tools, combined with OSD and performance logging/monitoring functionality. While an overlay, AMD noted that the overhead was very small and that Radeon Overlay would not interfere with Steam in-game overlay and others. Radeon Overlay hooks into particular hardware in GPUs, and while AMD mentioned that it supports a wide range of products, a full compatibility list was not disclosed. 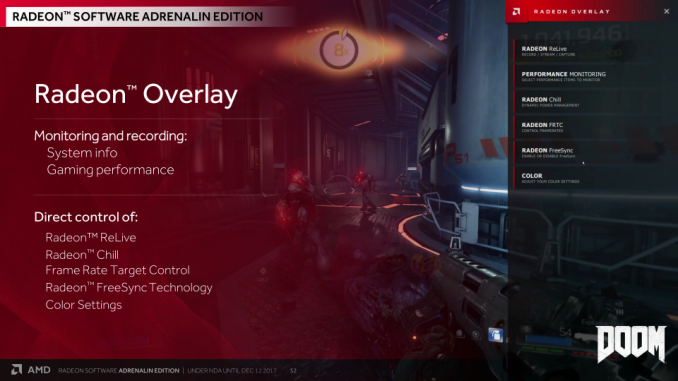 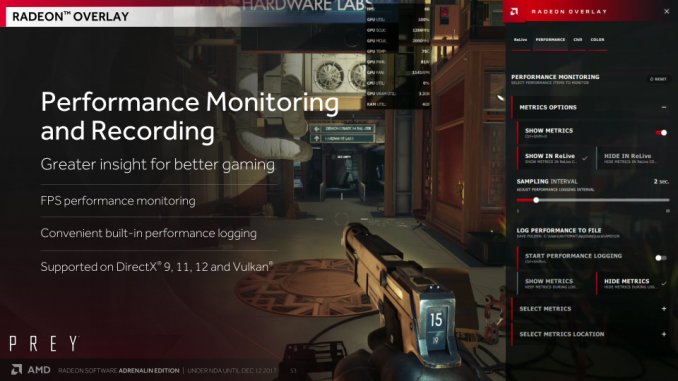 The performance monitor OSD can be anchored to different parts of the screen. 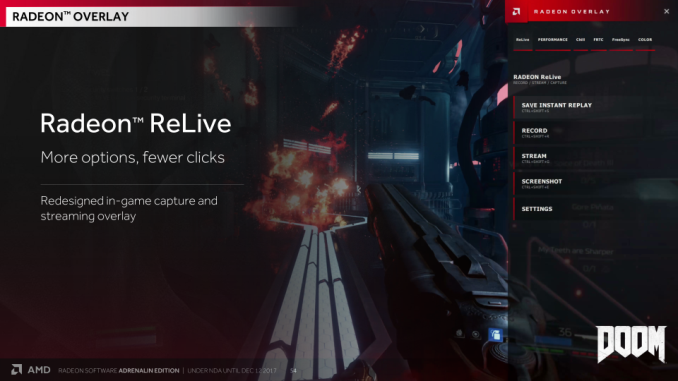 Unsurprisingly, ReLive is a large aspect of Radeon Overlay, which replaces the older ReLive toolbar. OSD metrics can be hidden from ReLive capture as needed. With the record/stream region, a specific window or application can be captured while in windowed or borderless fullscreen mode. 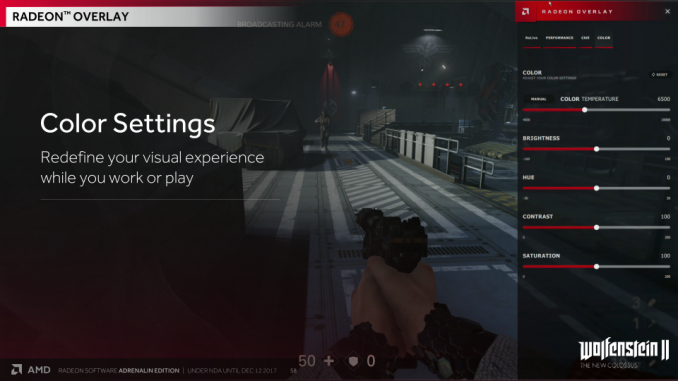 AMD mentioned that enabling FRTC or Chill (both exclusive fullscreen only) will require a restart, but adjusting them once enabled will not. Provided that it is already enabled on the monitor, FreeSync can be enabled in-game. Like the rest of the options, Color Settings will apply instantly, and can be applied per display for multi-monitor configurations.