When we got the chance to check out the new console, we also got the chance to ask some questions of the team that built it. This is not unusual, and often helps to get an understanding of the story behind the product. In this case, Kevin Gammill, Xbox Partner Group Program Manager, was able to provide us with some in-depth answers. Here is the Q&A in its entirety, with our questions lightly edited for conciseness. Thanks to Kevin for his time.

AnandTech: How has the design process evolved now that consoles appear to be more PC like, in the fact that the Xbox One X is not a replacement for the Xbox One S, but an evolution, which will still have compatibility with all Xbox One games. Has it made the process easier, since you have a known starting point, or more difficult, because you can’t just start completely over?

KG: A console is still fundamentally different from a PC, even if we’re using more common components. So we still take a console-centric approach to developing an integrated and balanced system. The difference with Xbox One X is that the goals of this program were unique - among our philosophies for Xbox One X has always been “no gamer left behind.” That means a lot to us. One thing that means is it doesn’t matter if its going to be harder or easier for us, we’re going to do it because it’s the right thing to do for our fans. And in some instances there were challenges, like ensuring all the existing apps, accessories and games not only worked but works better, particularly in the case of games. That philosophy also means we respect the investment gamers have made in the Xbox One platform and we’re going to give them every resource to bring that investment forward to Xbox One X. We saw that as an opportunity for the industry to move beyond console generations. Backward compatibility, for example, now for both Xbox 360 games and original Xbox games, is a critical, fans-first component of the Xbox One family of devices that brings gamers’ investments forward. 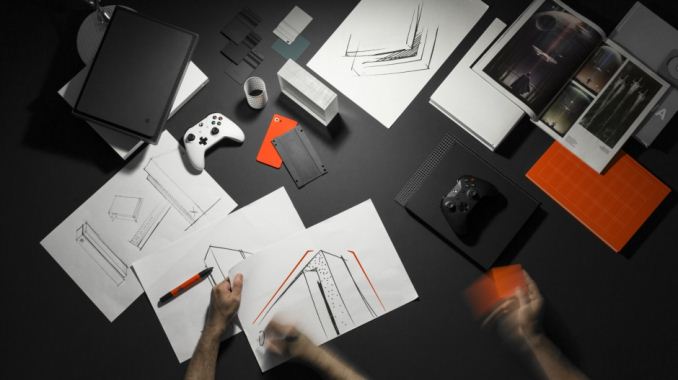 AnandTech: On that same note, have developers been happy to see a more consistent experience rather than having a whole new system to design for?

KG: I’d say so, absolutely. The discussions we’ve had with developers over the past few years have played an instrumental role in how we designed Xbox One X. The desire for more power, for more consistent framerates, for the truest 4K graphics, we heard these loud and clear and knew we had to build Xbox One X to meet and exceed those. But another critical element we knew was so important to gamers that was also of utmost importance to developers is compatibility. Carrying over games from one console to the next was table stakes – there would be no excuse if we got that wrong. The development tools and base system had to the be the same, but with more power. And everything I’ve seen, every developer I’ve talked to, and every Xbox One owner I’ve heard from has said we’ve done it right. And I agree!

AnandTech: How difficult was it to add the Xbox 360 backwards compatibility to the X?

KG: First, let me say that all Xbox One games and accessories are compatible with any member of the Xbox One family of devices – including Xbox One X – without emulation. To run Xbox 360 games and original Xbox games, Xbox One X uses emulation just like Xbox One and Xbox One S do today through backward compatibility. That said, backward compatibility was a huge win for us. Getting Xbox 360 games onto Xbox One was not an easy nut to crack. But we took on the challenge and learned how. Then, adding original Xbox games was just a blast, also a challenge, but so much fun and something we were 100 percent committed to solving for our fans. There’s a lot involved, obviously from a software development angle, but also things like copyright and licensing come into play. But for us, fans told us they wanted back compatibility, we committed to making it happen, and we have. I can’t wait to keep adding more games.

AnandTech: Clearly the target was 4K for the Xbox One X. Since performance versus cost is a moving target, how far back were the console specs locked in?

KG: Xbox One X has been something the team has been discussing and planning for since late 2012. Our goal was always to get existing Xbox One engines running in 4K with higher-resolution textures used on the PC. All of our modeling was done to determine the precise specifications needed, so every part of the spec was derived from those goals. As you know, we announced those specs back in E3 2016 so they were locked in some time ago.

AnandTech: “Microsoft's GPU command processor implementation of DX12 has provided big wins for Xbox One developers, and it's set for expansion in Scorpio" – can you go into more details on the expansion for Scorpio?

KG: We’re continually working to improve the Xbox One graphics driver to exploit the capabilities of the hardware and to support new rendering techniques. Microsoft's graphics driver implementation is split across the GPU's programmable Command Processor (CP) and the CPU, with both pieces updated as a pair. The improved CP of Xbox One X provides additional performance and functionality for the driver. This additional capability is in turn exposed to game developers to take advantage of via updated Xbox Software Development Kits.

AnandTech: How important was it to include the PSU inside the console, when you already knew you were going to be dealing with a lot of thermal load with the CPU/GPU? Was this an easy decision based on the Xbox One S, or was an external PSU debated to free up thermals and space?

KG: There were always these set table stakes that we had to hit when we started to plan out Xbox One X. We were thrilled to put the power supply inside the console with Xbox One S, and there was never a plan to remove it. The power supply inside the console was a must, that decision was made early and from there, it was all about precise development and fine tuning to complete the console. That’s exactly what we have at the end of the day, the most fine-tuned console we’ve ever made. I couldn’t be prouder of the craftsmanship that’s gone into Xbox One X.

AnandTech: Can you provide efficiency ratings for the PSU?

AnandTech: How does the Xbox One X compare to the Xbox One and Xbox One S in terms of power consumption when in Standby/On for Media/Gaming?

KG: Power is multi-faceted and consumption is impacted by various factors. Specific power consumption can vary significantly based on a number of variables including the specific game, current CPU and GPU workloads, the number and type of accessories attached, and other factors.

AnandTech: How does the Xbox One X handle HDR content? Does it support Dolby Vision? Does SDR content get displayed as HDR if viewed on an HDR TV or does it correctly switch from SDR to HDR?

KG: Xbox One X and Xbox One S support the HDR10 format. Both can output HDR10 for UHD Blu-ray discs, streaming video apps, video files played off of USB, and, of course, HDR games. Xbox enables apps to switch the TV back and forth between SDR to HDR, so it is up to the app developer how they want to implement their HDR app. Dolby Vision is not currently supported.

AnandTech: This will change over time, but at launch, are most developers targeting 4K, or are they going for lower resolutions but higher complexity of the scenes in your experience?

KG: Yes, we’re seeing tons of desire to target 4K, and are eager to continue seeing developers build new, fine-tuned experiences that take advantage of the power of Xbox One X in whatever ways are best for them and their games. What I love here is that it’s really all about individual developer choice and how they want to take advantage of the power. We’ve announced more than 130 games, and counting, will be enhanced for Xbox One X and that itself is a testament to the support we’re seeing from developers on bringing the best versions of games to Xbox One X.