For as much hype and excitement that has been generated around Zen and the Ryzen products so far, with everything focused on the high-end when we hit the lower elements of the stack and the volume parts, not much ‘excitement’ is to be had. We’ve already gone through the new fancy microarchitecture and the platform, and what matters at this end of the spectrum is a pure performance per dollar metric. So far the Ryzen 7 parts have certainly hit that goal, especially when originally compared to Broadwell-E when the Ryzen 7 parts per launched. For the Ryzen 3, the direct competition is Kaby Lake, and CPUs with a much higher IPC. But where Intel has two cores, AMD has four.

Diving straight into the graphs, the Single Thread performance graph is as follows. All data is shown relative to the performance of the Ryzen 3 1300X. 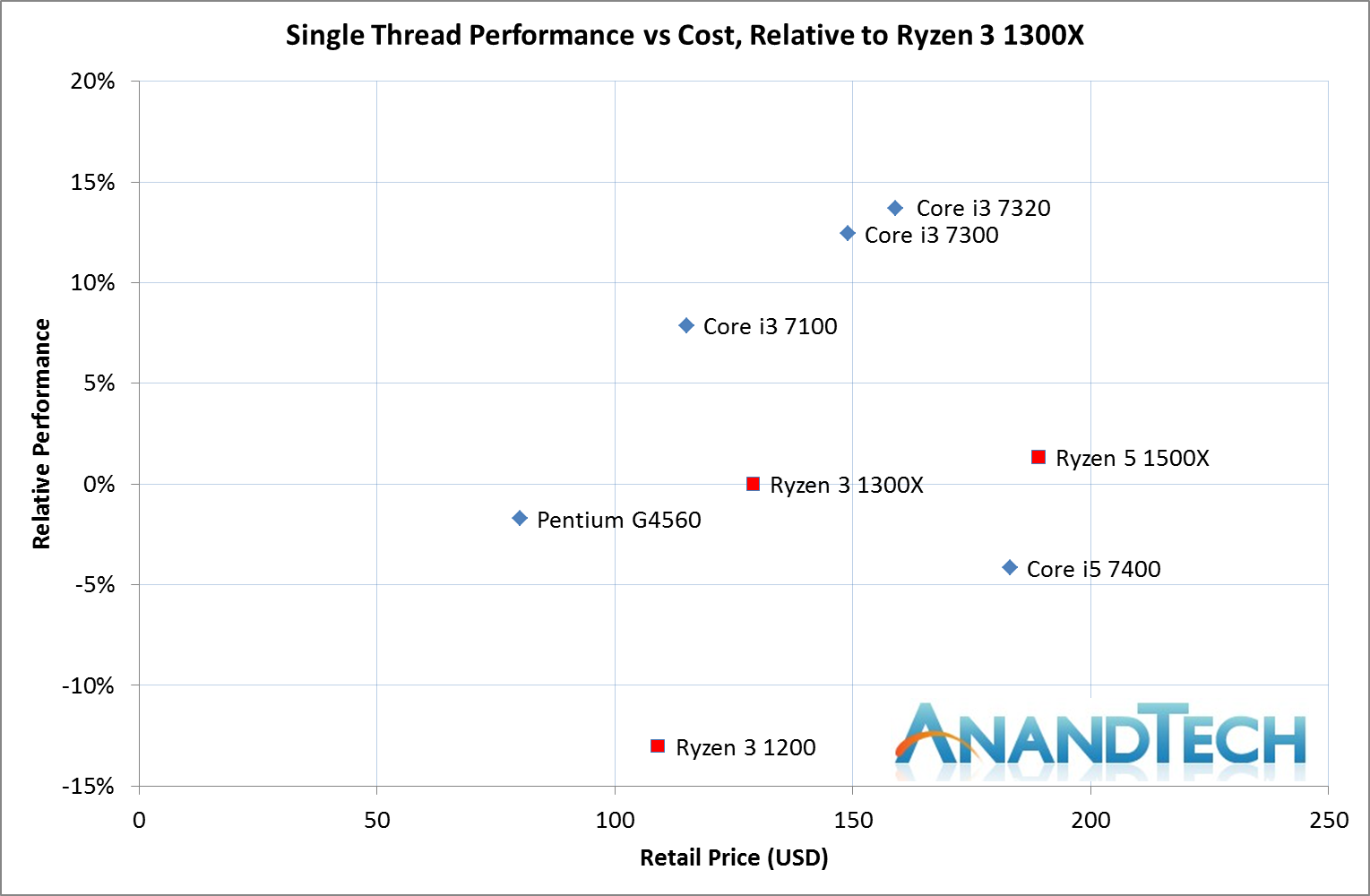 For the multi-thread performance: 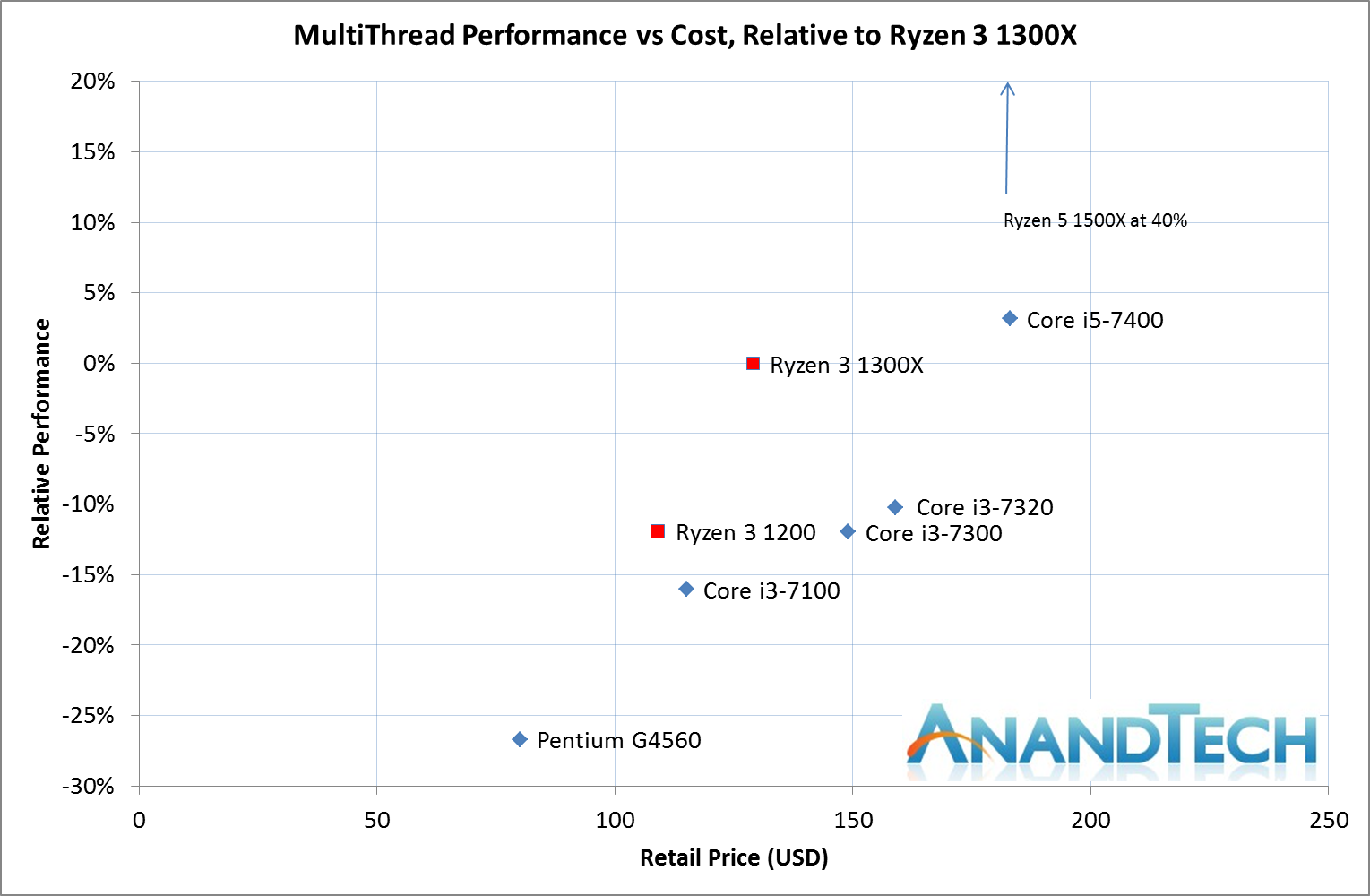 For our combined all-in-one graph, we included our mixed workload data and weighted the results 40:50:10 for single:multi:mixed thread workloads. 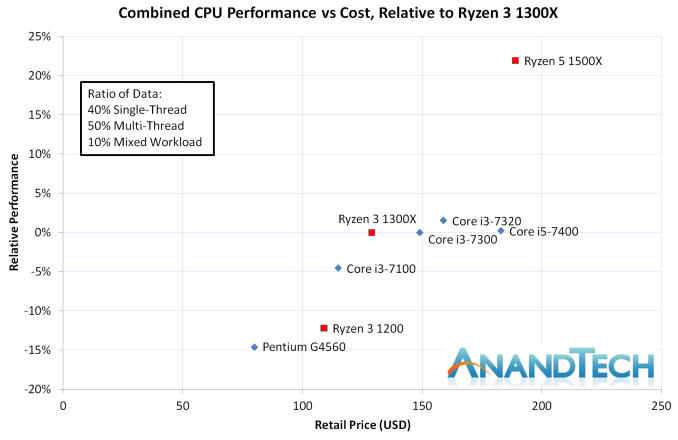 If we ignore the Ryzen 5 1500X in the top right corner, there are a few stories here.

We’re still working through our gaming testing as this review goes live, and we’ll add graphs for that in a bit.