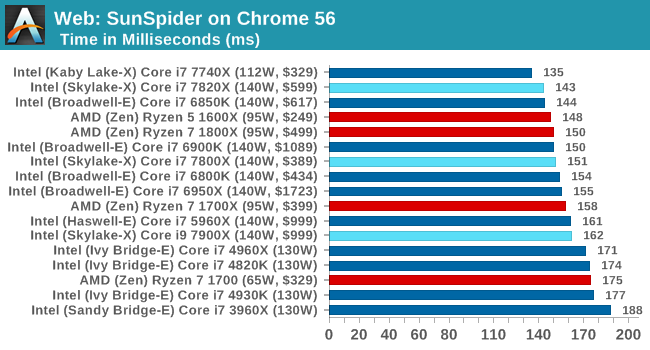 Sunspider goes after peak frequency most of the time, althoguh there is some variation as it moves into basically becoming a legacy test. 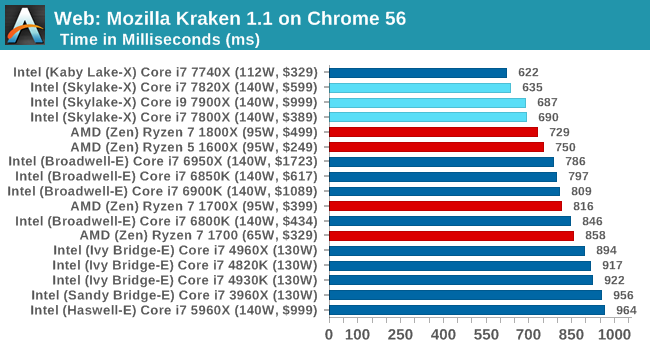 Kraken is more of an intense attack on JS, and still regularly sorts by IPC and frequency. 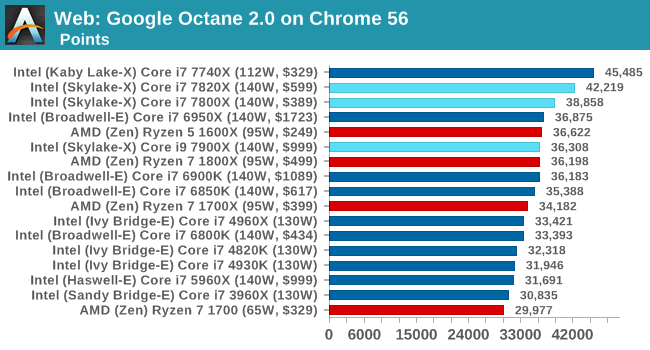 Octane seems to be an optimization target, and with the new Skylake-X it shows. 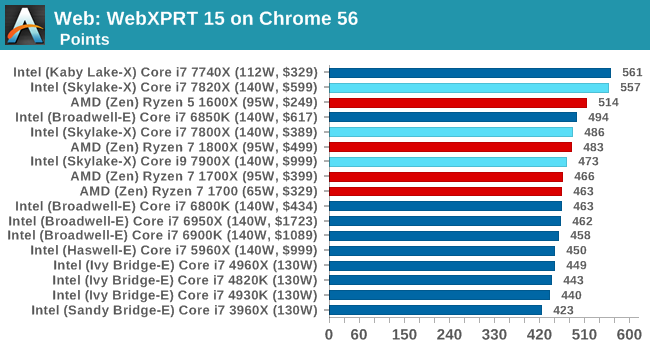