Low Quality/Resolution H264: He we transcode a 640x266 H264 rip of a 2 hour film, and change the encoding from Main profile to High profile, using the very-fast preset. 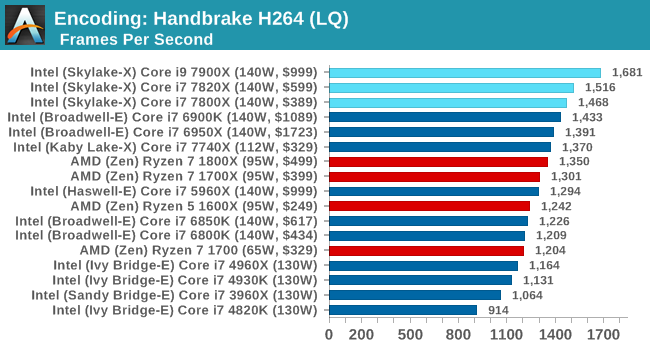 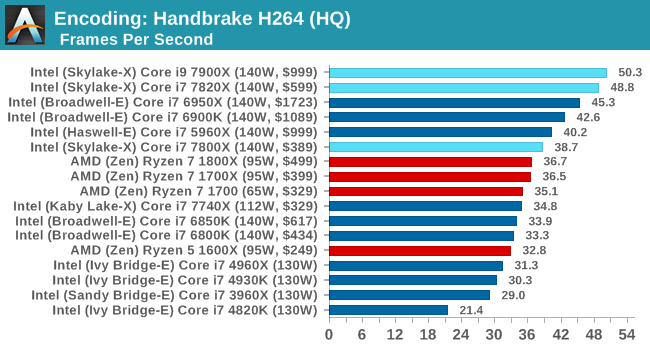 Moving into HQ mode means making the job more parallel, so the higher core counts stay at the top of the chart. 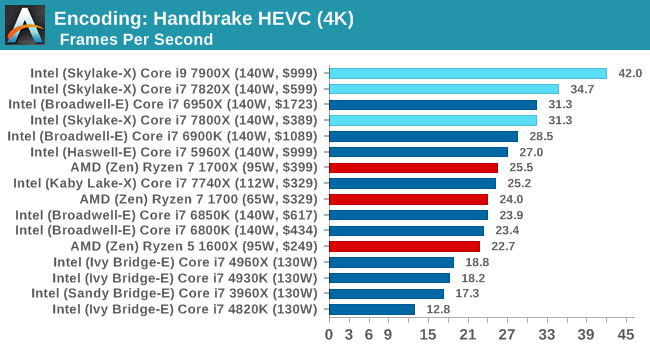 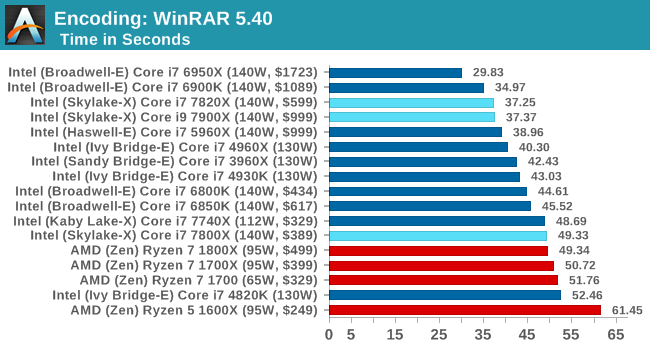 WinRAR loves having access to all the caches as much as possible, to prefetch and store data as needed. The Skylake-X chips fall back a bit here, even with DDR4-2666 support. The Core i7-7800X uses DDR4-2400 memory, so puts it further behind. Interesting didn't realise that the lower core count Broadwell-E chips were affected so much by this test, and the higher core count Ivy Bridge-E parts are faster here. 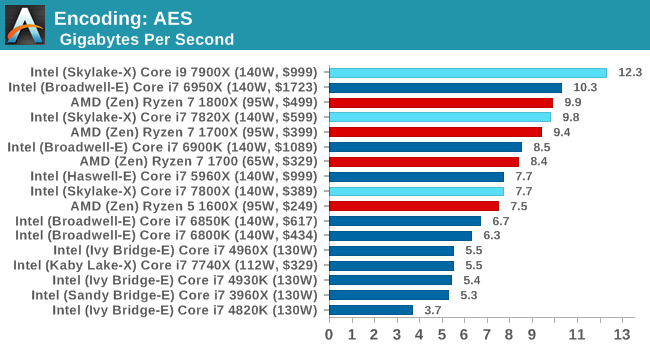 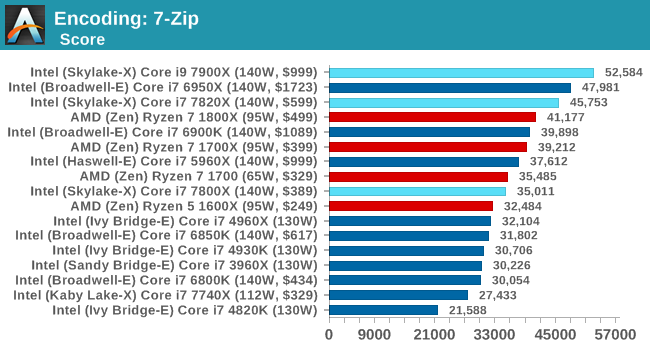