Some of our legacy benchmarks have followed AnandTech for over a decade, showing how performance changes when the code bases stay the same in that period. Some of this software is still in common use today. 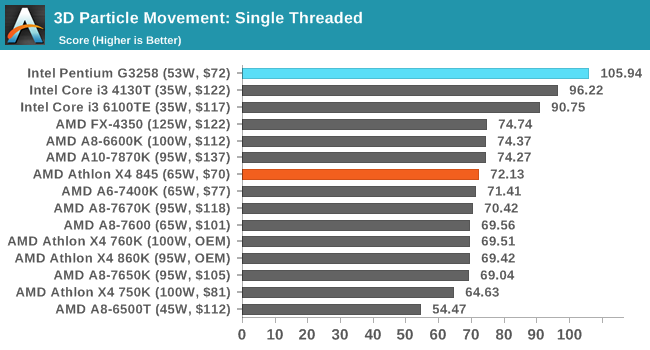 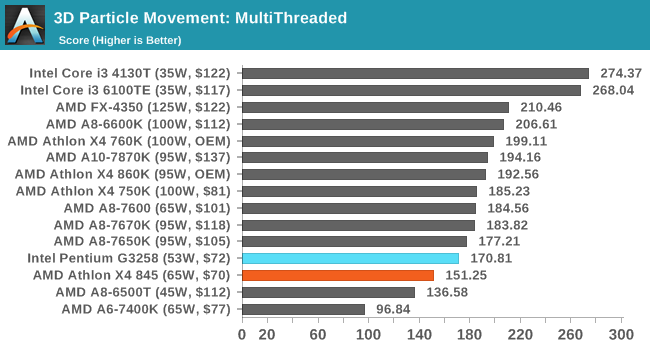 Despite 3DPM v1's coding issues, the multithreaded result is a lot closer than I had originally expected. 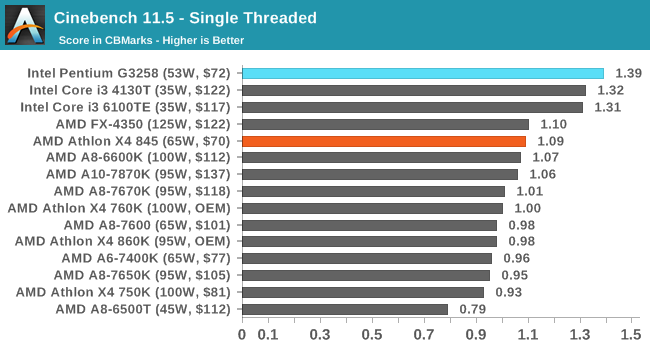 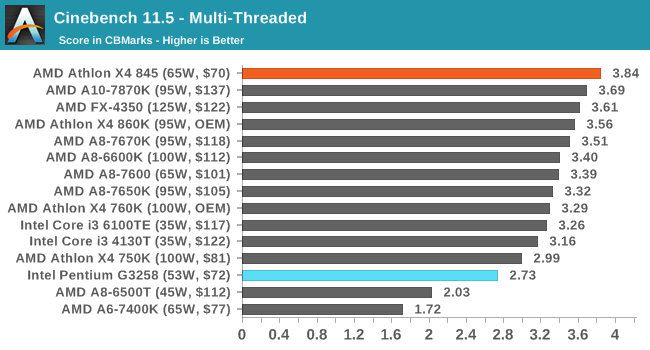 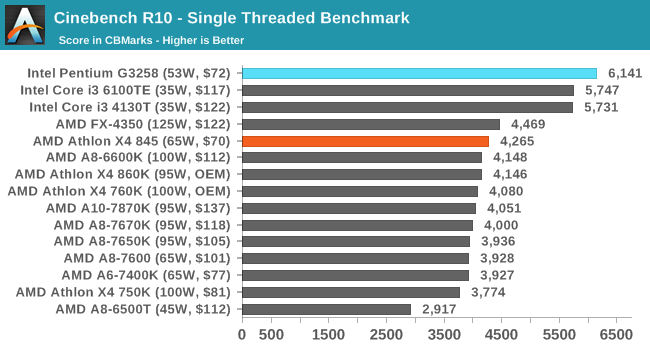 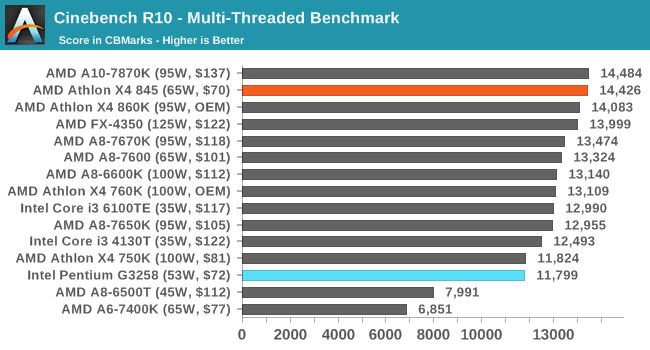 In both CineBench instances we see the high IPC of the Pentium take a 33-50% lead, whereas moving to multi-threaded puts the X4 845 firmly in the driving seat.

POV-Ray is a common ray-tracing tool used to generate realistic looking scenes. We've used POV-Ray in its various guises over the years as a good benchmark for performance, as well as a tool on the march to ray-tracing limited immersive environments. We use the built-in multithreaded benchmark. 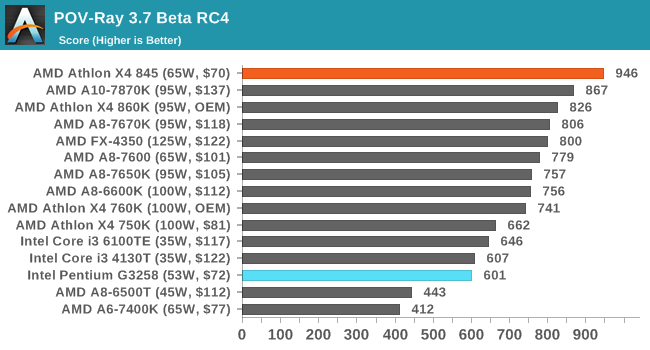 POV-Ray fully exploints all the threads in the system, and the latest AMD microarchitecture helps here as well, pushing the X4 845 beyond the other AMD CPUs in this test and comfortably over the Pentium and low-power Core i3 parts.

Before its discontinuation, TrueCrypt was a popular tool for WindowsXP to offer software encryption to a file system. The almost latest version, 7.1, is still widely used however the developers have stopped supporting it since the introduction of encrypted disk support in Windows 8/7/Vista from 5/2014, and as such any new security issues are unfixed. 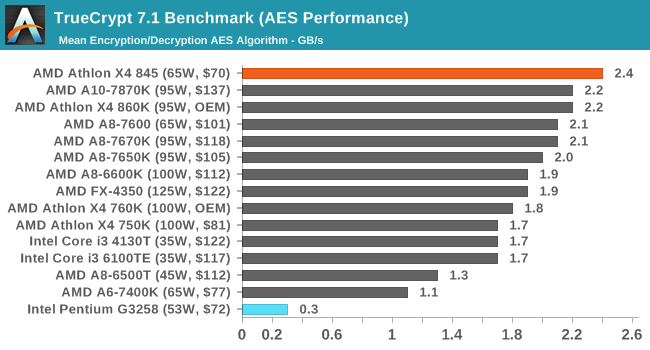 The Pentium lacks AES acceleration, which is available on Core i3 parts and up, which explains the Pentium's low performance here. The Carrizo microarchitecture pushes the 65W part ahead of all the other 95W/100W/125W parts. 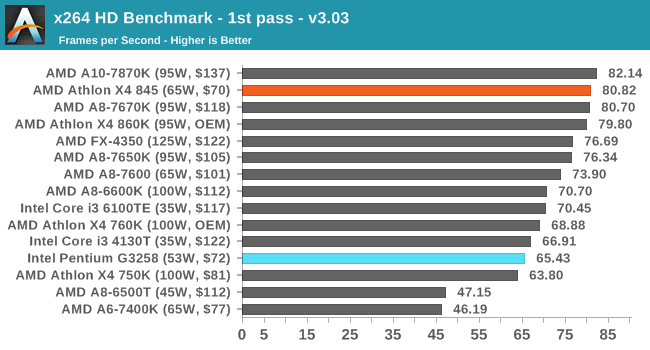 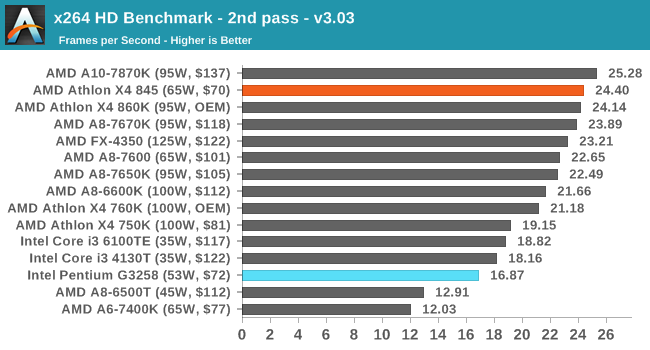 7-Zip is a freeware compression/decompression tool that is widely deployed across the world. We run the included benchmark tool using a 50MB library and take the average of a set of fixed-time results. 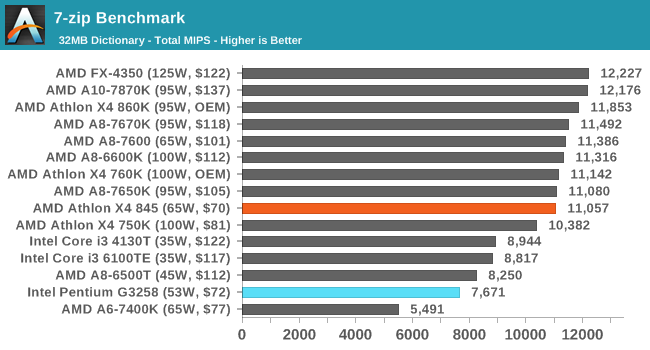